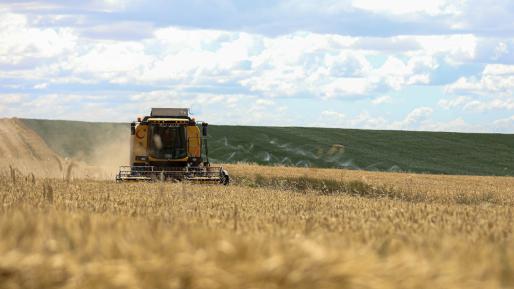 Since the onset of Russia's war in Ukraine, 23 countries have imposed bans on food exports, including major grain and vegetable oil producers Kazakhstan, Turkey, Russia, and Ukraine itself. In a global food system reeling from COVID-19 and war, these bans curtail supply, increase volatility, and encourage copycat interventions, especially by authoritarian regimes. But as popular as these choices may be at home and in the short term, these regimes risk permanently damaging their credibility as trading partners.

As discussed in an earlier post, these bans are costly while doing little to address concerns about food supplies and hunger. But they can make for good domestic politics—especially for strongmen like Recep Tayyip Erdoğan of Turkey and Vladimir Putin of Russia, who are comparatively unconstrained by democratic checks and balances. Democratically elected populist leaders like Prime Minister Narendra Modi in India have also turned to export bans.

Among the 23 countries that have imposed outright bans,[1] Argentina and Ghana are the only two countries classified as consolidated democracies or "free" according to widely accepted measures: the Varieties of Democracy's participatory and liberal democracy indices and Freedom House's Global Freedom Score. Illiberal democracies or "partially free" polities—a category into which India has been slipping since 2014—and consolidated authoritarian or "not free" regimes make up the rest. Even accounting for GDP per capita and urbanization, less democratic governments have been more likely to enact export bans: A one standard-deviation increase in a country's participatory democracy score reduces the likelihood of enacting a food export ban by around 40 percent. Put differently, a country as authoritarian as Russia (participatory democracy score = 0.18) is estimated to be around three times more likely to institute a ban than a consolidated democracy like Denmark (0.69) (see figure and table below).

Among democracies, only Argentina's ban on beef (3.5 percent global market share) is globally consequential. Ghana's shares of global food trade for covered products are trivial. The most globally impactful bans—including Russia and Kazakhstan's bans that cover over one-sixth of globally traded wheat and sunflower seeds—have been enacted by authoritarian leaders.

More authoritarian countries are more likely to enact export bans out of concern over angering urbanites. Even in authoritarian systems, rulers risk removal from office, whether from internal coups or popular upheaval. For autocrats, these political threats are most likely to arise from mobilized urban dwellers and even from the middle and upper classes. Autocrats thus face relatively stronger incentives to intervene in markets to protect urban consumers, thus dampening protest through concessions as well as repression and control. These protections, whether taking the form of direct consumer subsidies, price controls, or export bans, amount to transfers from the rural sector to urban consumers. Export bans and price controls are the most obvious mechanisms by which governments enact windfall taxes on food producers in high-price environments. Moreover, such mechanisms sidestep the administrative difficulties associated with means-tested transfers, provide benefits across the income spectrum, and are easily understood by laypersons.

Elections and participatory local institutions attenuate this bias by allowing rural dwellers to influence politicians through the ballot box. In times of high food prices, democracies thus must balance concerns about consumer prices with the large potential benefits for the rural sector. This tendency is reinforced by legislative and federal institutions that overrepresent the interests of rural dwellers, forming legislative delegations that resist policies that would harm rural producers. These influences make more democratic countries less likely to institute bans and implement other policies that privilege consumers over producers by suppressing farmgate prices for agricultural commodities. Comparatively, democracies are more likely to respond to high food prices with means-tested transfers, expanding school feeding programs, and reducing both domestic taxes and tariffs on food products.

So far, this pattern echoes that of the 2007–08 food price crisis, in which more authoritarian governments implemented export bans and general controls over subsidies and prices, actions that the World Bank deemed likely to exacerbate the problem. But there is good news. Countries that used export bans in the past—like China, Indonesia, and Vietnam—have so far resisted the temptation, instead responding either with less extreme export licensing programs or taxes (like Indonesia, in the case of palm oil) or using the crisis as an opportunity to cement new or deepen existing food trade relationships.

Export bans have self-defeating long-term consequences. Setting aside the disincentives they create for capacity- and productivity-enhancing investments by domestic producers, they can encourage trading partners to look elsewhere. Just as Europe seeks to wean itself off dependence on Russian natural gas, Egypt, the world's largest importer of wheat, is developing deals to reduce its dependence on Russia and Ukraine. For similar reasons, the countries of the South Caucus region (Armenia, Azerbaijan, and Georgia) have all taken steps to diversify their imports away from Russia in the aftermath of Russia's 2010 grain export ban.

Ukraine's export bans are understandable considering the havoc being wrought on domestic production and difficulties in securing bulk imports due to Russia's blockades of Ukraine's ports. While the horrors of widespread starvation during the Great Famine of 1932–33, known as the Holodomor, are passing out of living memory, it is not far from the Ukrainian government's collective consciousness. Ukraine is locked in an existential battle, and all options are justifiably on the table.

Because of Ukraine's exceptional circumstances, counterparties may be willing to forgive these wartime supply disruptions. But for Russia—for whom both the export ban and the war itself were deliberate choices—forgiveness (or at least forgetfulness) and resumption of antebellum trade relations will be a remote prospect.