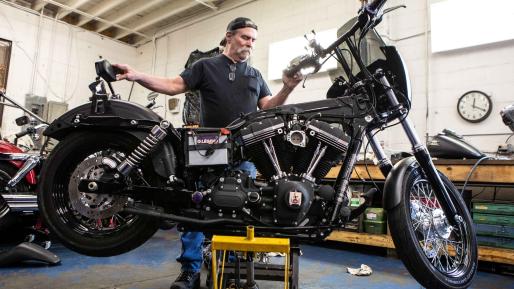 Trump Gets an Economics Lesson from Harley-Davidson

Angered by Harley-Davidson’s response to punitive tariffs—namely, produce “hogs” abroad for foreign buyers—President Donald Trump tweeted that he would tax the company “like never before.” Over the past century, Congress has delegated to the president enormous swaths of its constitutional power to impose tariffs. But Congress has jealously guarded its power to raise and lower taxes. White House lawyers will search in vain for authority to carry out Trump’s latest threat.

Harley’s action is the logical response, in a market economy, to Trump’s “national security” tariffs on steel that sharply raise the cost of an essential component. The logic of Harley’s action is buttressed by European retaliatory tariffs on finished motorcycles, soon to be emulated by China and other targets of Trump’s trade wars.  Harley-Davidson cannot long stay in business if it pays far more for its key inputs and receives far less for its finished product than Kawasaki.

It’s bad enough that past Congresses have given the president enormous power to interrupt international commerce, destroying American jobs and burdening American households along the way, with no congressional oversight. Senator Robert Corker (R-TN) is leading a charge—none too soon—to rein in Trump’s abusive use of long-forgotten trade statutes.

It would be far worse if Congress had given the president the power to punish individual American firms with whatever taxes he thinks appropriate to their misdeeds. Fortunately, it has not. If such a proposal ever crosses Congress’s mind, it might as well go to the next step and give the president a scepter and crown.