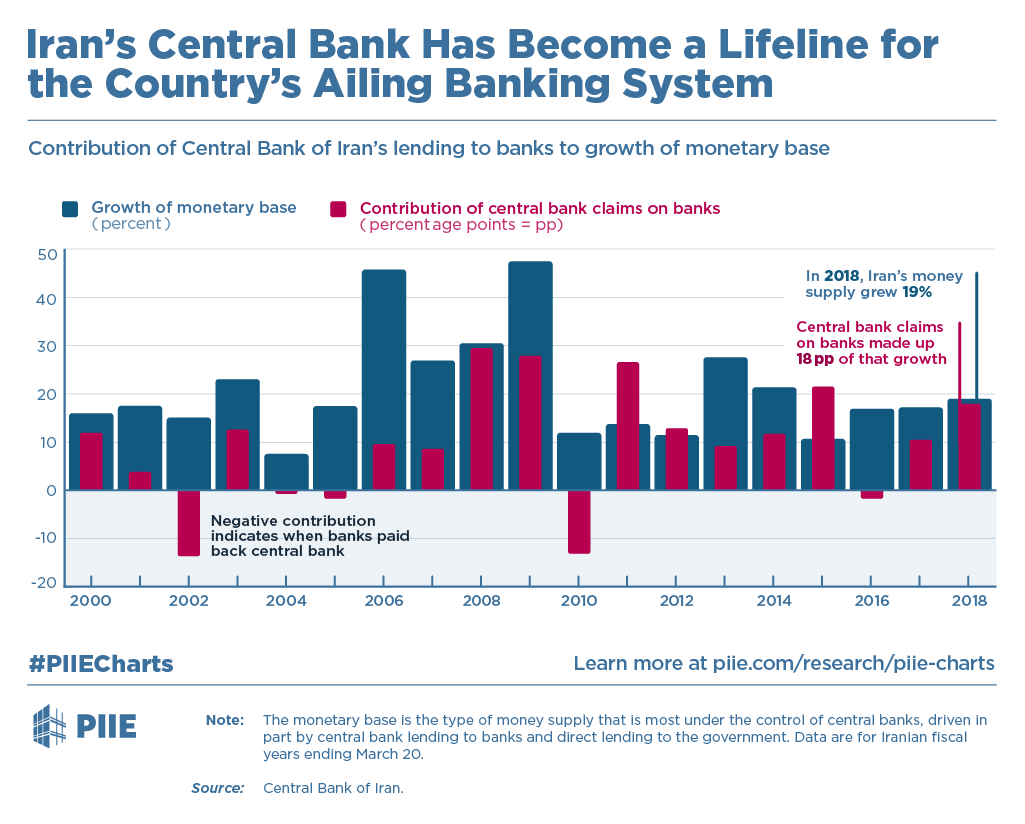 Iran's banking system is in crisis caused by intensifying US sanctions and decades of internal problems. The growth of Iran's monetary base, the type of money supply most under the control of the central bank, has become dominated by central bank liquidity support. Bank operations are increasingly reliant on the Central Bank of Iran (CBI) because borrowers face difficulty repaying loans. This overreliance can lead to higher inflation and currency depreciation. A weaker banking system is all the more vulnerable to external shocks—such as a disruption of Iran's oil exports or war.

The Swedish Model for Economic Recovery