China’s recent moves to shift away from coal consumption, through decisions to reinstate MFN tariff levels on coal imports and ban low-grade coal imports entirely, will likely add to the strain on coal producers, who are already hurt by declining worldwide commodity prices.  In particular, the Vietnamese coal industry, which was China’s top source of imported coal until 2013, is likely to be negatively impacted by this Chinese policy change. 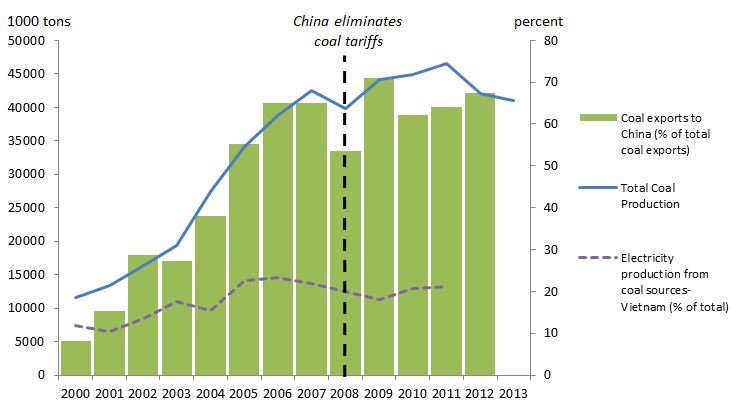