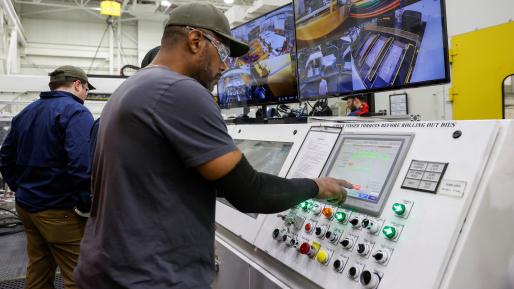 US workers’ wage gains in 2023 are likely to exceed inflation

US workers lost ground this year as their wages did not keep up with inflation, but they should regain some of those losses in 2023. Forecasters project that inflation will decline next year. There is considerable disagreement over the size of the reduction, mainly reflecting uncertainty about how fast the hot economy and labor market will cool off. But whatever happens to the labor market, inflation is likely to fall far below wage growth in 2023.

The latest Survey of Professional Forecasters projects a rapid slowdown of inflation from 5.9 percent in 2022 (Q4/Q4) to 2.9 percent in 2023, followed by a modest decline in 2024 to 2.3 percent. The 2024 projection is reasonably close to the Federal Reserve’s inflation target of 2 percent. (In this post, inflation is defined in terms of the personal consumption expenditures (PCE) price index, which is what the Fed targets.)

Jason Furman and Wilson Powell have questioned whether such a projection is too optimistic in light of continued rapid growth in labor costs owing to a hot labor market. This post lays out the case for a cooler labor market in 2023. Regardless of the pace of wage increases next year, prices are likely to rise less than wages.[1]

The rate of unemployment, at 3.7 percent, is only slightly below the Federal Reserve’s estimate of the long-run equilibrium rate of 4 percent. However, it is likely that the COVID-19 pandemic significantly raised the equilibrium rate and that it is only slowly returning toward 4 percent. The historically high job vacancy rate is one of several indicators pointing to an overheated labor market.

Professional forecasters currently expect the unemployment rate to rise to 4.3 percent by Q3 of next year and 4.4 percent by Q4. Vacancies are likely to be much lower by then, consistent with a labor market that is close to equilibrium. If so, labor costs should slow dramatically. That’s because previous research shows that growth of the employment cost index (ECI) moves rapidly toward about 3 percent once the unemployment rate reaches its equilibrium level.[2] Over the 20 years prior to the COVID-19 pandemic, the PCE inflation rate averaged about 0.8 percentage point lower than the ECI growth rate, so that an ECI growth rate at or just below 3 percent would be consistent with a PCE inflation rate of about 2 percent.

If the equilibrium rate of unemployment is higher than next year’s actual rate, the ECI growth rate will not decline to near 3 percent. Indeed, professional forecasters expect ECI to rise 4.3 percent in 2023 relative to 2022.[3] Figure 1 displays the growth rate of the ECI over the past 20 years along with a projection over the next two that is a bit higher than that of professional forecasters.[4] Twelve-month ECI growth peaked at 5.4 percent in June 2022 and declined to 5.1 percent as of September. In the projection, ECI rises at an annualized pace of 5 percent from September 2022 to March 2023, 4.5 percent from March to December 2023, and 4 percent in 2024. This projection is consistent with only a modest cooling in the labor market and an unemployment rate still somewhat lower than its equilibrium rate.[5] Further reductions in inflation beyond 2024 would require ECI growth to slow well below a 4 percent pace.

To see how inflation can move down with only a modest deceleration in wages, it is useful to separate PCE prices into three categories: durable goods such as autos and appliances, nondurable goods such as groceries and clothing, and services such as haircuts and hotel stays. For each category, we regressed the ratio of the PCE price to the ECI on energy prices as a ratio to ECI, food prices as a ratio to ECI, and a time trend.[8]

Figure 2 displays the ratios of each of these PCE components to ECI (the solid lines) and their predicted values from the regression models (the dashed lines). The figure shows that services prices hew closely to labor costs (ECI)—their ratio is essentially constant. For durables and nondurables prices, there is an important response to raw materials prices. The strong downward trend in durable goods prices relative to ECI reflects high productivity growth in the durable-goods sector; the flat ratio for services indicates essentially no productivity growth in this sector while the gentle decline for nondurables indicates only modest productivity growth.

The projections in figure 2 are based on the assumed path of ECI shown in figure 1 combined with flat paths for food and energy prices, consistent with flat or downward sloping paths in futures markets for corn, soybeans, petroleum, and natural gas.[7] For each PCE component, the projection is designed to gradually eliminate the gap between projected data and model fitted values by December 2024.

Durables prices rose well above the model predictions during the COVID-19 pandemic, as consumer demand for durable goods far exceeded the capacity to produce them.[8] The most important contributor to this pattern is the automobile sector. As has been widely noted, prices for new and used vehicles soared well above the costs of labor and raw materials during the pandemic owing to heavy demand and bottlenecks in the supply of semiconductors and other raw materials. Vehicle demand is likely to moderate with rising interest rates while semiconductor production is rebounding, which should enable automobile prices to return to a more normal margin over costs. Used vehicle prices have already fallen in recent months.

In light of the unprecedented errors in forecasts of inflation over the past year, any projection of inflation in 2023 must be viewed as especially uncertain. It is possible that food and energy prices will decline or that wages will grow more slowly than projected here, pulling inflation down even faster. But risks in the other direction seem larger, as the Fed’s rate hikes have so far barely touched the red-hot labor market, high inflation may start to feed into wage demands, and price-cost margins may not return to previous trends. Nevertheless, overall inflation is likely to drop more rapidly than the pace of wage increases in 2023, as commodity prices cool off and supply bottlenecks ease.

1. Furman and Powell focus on core PCE inflation, which excludes food and energy prices. Because these prices are expected to decline in coming months, overall inflation is likely to fall faster than core inflation.

2. The results displayed in column 4 of table 3 in the linked paper show that ECI grows at a long-run rate of 2.9 percent when unemployment remains at its equilibrium rate. The speed of adjustment to this rate is fast, with 69 percent of the adjustment to the long-run rate occurring immediately. The ECI grew at a pace below 3 percent during the 10 years prior to 2019, consistent with an unemployment rate above its equilibrium level.

3. Data are from Consensus Forecasts, November 2022. Annual average ECI growth in 2023 of 4.3 percent would be consistent with a pace of 4 percent or a bit less on a Q4/Q4 basis if ECI growth slows gradually over the coming months.

4. 12-month growth rate of ECI for all private industry workers. Monthly data (in levels) are interpolated from end-of-quarter observations.

5. A key risk to this projection is the possibility that continued high inflation would push up wage demands directly. So far there is little evidence of cost-push wage inflation, and the rapid decline in projected inflation should help to prevent such inflation in the future.

6. The regression starts with the first available observation of ECI in March 2001 and ends just before the COVID-19 pandemic in February 2020. Energy price is the PCE energy category. Food price is the producer price index for finished consumer foods. (The PCE food category includes a large amount of labor costs in the restaurant and grocery store sectors.) We tried including the producer price index for unprocessed materials excluding food and fuel, but its coefficient was small and usually had the wrong sign; its inclusion made little difference to our results.

7. Futures prices are from the Chicago Mercantile Exchange Daily Information Bulletin as of December 1.

9. Weights are assumed to remain constant at their last observed values through the projection period. The weights are services 65.4 percent, nondurables 22.2 percent, and durables 12.4 percent.

The data underlying this analysis can be downloaded here. 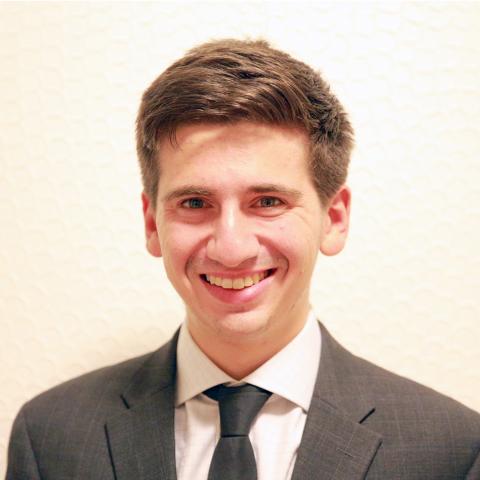