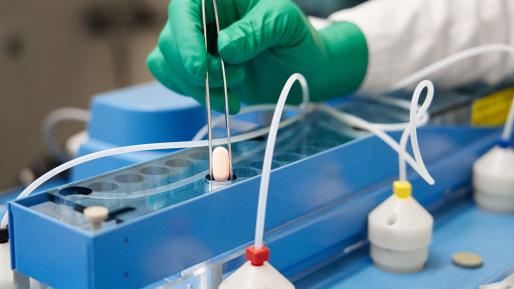 We need an Operation Warp Speed for COVID-19 treatments

More than two years have passed since the virus that causes COVID-19 spread across the globe, causing more than a million deaths in the United States alone. But the production and distribution of vaccines—in many countries at least—have largely succeeded in reducing deaths, hospitalizations, and severe cases of the disease, despite the proliferation of coronavirus mutations and the refusal of too many Americans to take the vaccine.

In the United States, the vaccine success story resulted largely from massive US government intervention and expenditure under Operation Warp Speed. It is now time to learn the lesson of that achievement and devote similar government resources to expanding treatment of the SARS-CoV-2 virus disease as the best way to protect the health of the world population. One reason is that even updated vaccines will not likely overcome viral mutations providing full protection from infection. Treatments are not only an important instrument in fighting pandemics but can be critical to the control of viral transmission.

There is abundant room to speed the development of effective treatments. Surprisingly, only two antiviral treatments specific for SARS-CoV-2 have been produced and approved for emergency use in the United States, as well as in other countries. They are Molnupiravir by drugmaker Merck, and Paxlovid by Pfizer. Increasing the range of antivirals requires government funding for drug development and clinical trials. That is why the best hope of ending the COVID-19 pandemic—and potential future pandemics—requires that policymakers formulate yet another bold plan, an Operation Warp Speed for therapeutics.

To be sure, vaccines save lives, and indeed have saved many lives in the context of COVID-19. But despite their centrality in public health, vaccines often fail at providing full protection from infection. The fact that vaccines are mainly risk mitigators, reducing the probability that individuals will develop severe complications from a viral infection resulting in hospitalizations, death, or debilitating long term illnesses, is not well understood by the public.

Vaccines reduce but do not eliminate risk of infection

Vaccine-induced immunity is commonly interpreted as an impenetrable shield from infection, rather than as a reduction in the risk of developing severe complications. Indeed, when people are confronted with the fact that vaccines are mostly made to reduce risks but not necessarily to confer full protection from infection, suspicions arise about the vaccine's effectiveness. Vaccines are not a cure all. They are tools for risk mitigation, which helps to explain why vaccinated individuals can still catch the virus.

The other reason that vaccines are not foolproof is explained by the fact that SARS-CoV-2 has turned out to be a wily shape-shifting virus, capable of mutating rapidly to circumvent immune responses. Many viruses share this capacity, which is why vaccines may be hard to come by for some of them. There are no vaccines, for example, for the HIV virus or for HSV-1, the virus that causes herpes. For other viruses that do not mutate as rapidly, vaccines may be able to completely eradicate infection. The world overcame the deadly smallpox virus—a distant cousin of monkeypox virus, the pathogen that has been in the news lately—with the adoption of large-scale vaccination alone.

Disease caused by viruses for which there are no vaccines can be treated, however. Indeed, treatments, such as antiviral drugs, may be the only way to circumvent disease in an individual and address public health problems simultaneously. Take HIV: It took many years and comparable levels of public policy and government funding to design combined antiretroviral therapy (cART), the mainstay of treatment for people living with HIV (PLWH). Currently, following cART treatment correctly not only enables PLWH to lead disease-free lives but also reduces their risk of transmitting HIV to zero. Therefore, making cART widely available to those in need is a disease prevention measure, critical to public health policy.

While SARS-CoV-2 is not HIV—the two viruses belong to different families, have completely different replication processes, and cause diseases that have nothing to do with one another—they share the ability to mutate very rapidly. That ability has made finding a suitable prophylactic vaccine for HIV elusive and is responsible for finding an end to the COVID-19 pandemic equally difficult.

This difficulty is unlikely to change in the near or medium term. Therefore, effective antivirals are essential to reducing transmission. Molnupiravir, the drug developed by Merck, has a relatively low level of effectiveness, reducing the risk of severe disease and hospitalizations by about 30 percent. Paxlovid, the drug developed by Pfizer, reduces these same risks by about 90 percent and is relatively safe. The problem, however, is that Paxlovid interacts with several common drugs, such as statins for cholesterol and blood pressure medications, discouraging its widespread use. More options for SARS-CoV-2 specific antivirals need to be found.

Drug and vaccine development are very costly, often needing government support, particularly during pandemics. Operation Warp Speed provided $18 billion in funding for COVID-19 vaccines, and the unprecedented development of mRNA-platform vaccines was facilitated by many years of previous research on coronaviruses. By contrast, there was no federal program to develop antiviral drugs for SARS-CoV-2, although funds have been made available to improve access to existing treatments.

Drugs and vaccines involve different levels of complexity in their development. While vaccines often rely on the pathogen itself to stimulate an immune response that mitigates risks of complications during an actual infection, drugs have to contend with both the pathogen and the human host. In many cases, it can be relatively straightforward to figure out what viral proteins the immune system is more likely to recognize as foreign to the host. Presenting those proteins to the immune system in the form of a vaccine, as has been done for COVID-19, can thus be a very safe way to diminish risks of complications from disease.

Treatment drugs, on the other hand, need to target viral molecules that can sometimes also be found in the host. When that is the case, side effects are likely to develop. Moreover, drugs can interact with other drugs that the infected person regularly takes, also giving rise to side effects. Drug development, therefore, faces many difficult biological challenges such as finding the best targets that minimize potential side effects, maintaining therapeutic levels of the drug for a sufficient amount of time in the bloodstream without causing tissue or organ damage, understanding how the drug behaves dynamically in the human body, among other factors. By contrast, vaccines are designed to elicit a rapid response by the immune system and are quickly cleared away, dramatically reducing the risk of harmful drug interactions. The bottom line is that antiviral drugs are more complex to develop than vaccines. Government support is therefore all the more important.

The COVID-19 pandemic is far from over. At the same time, we have been witnessing a global outbreak of monkeypox—not a novel virus, unlike SARS-CoV-2—with countries having potentially effective vaccines but little in the way of treatments. To adequately address infectious diseases, the world needs both vaccines and effective therapeutics. Policymakers urgently need to focus on therapeutics, not only for SARS-CoV-2 and other emerging and reemerging viruses, but also as a major step to fight future pandemics.