The basic problem is that there are many things going on that could contribute to asset price movements, for example, slowing domestic growth and market perceptions of Bank of Korea bias toward easing monetary policy, as I noted in an earlier post. Charlotte Fitzek and Victor Cha take a look at the data and fail to uncover large changes in prices or trading volumes, but in the absence of a fully articulated model of asset price determination it is hard to isolate the impact of any specific factor or rigorously assess the counterfactual.

So to do a quick and dirty review, Jason Kuo, a student of Steph’s, took data on South Korean stock prices and the won-dollar rate, and first differenced them to remove trend, in essence removing the economic fundamentals. If a North Korean provocation altered the trend in asset prices, it should appear as a step change in the first differenced data.

As one can see below there is no evidence that the four North Korean nuclear tests had any persistent impact on South Korean asset prices. Indeed, the two charts that display the data for the sample period July 1997 to March 2016 suggest that the nuclear tests were not even associated with significantly greater asset market price volatility and have nowhere near the impact of the 1997-98 Asian Financial Crisis or the Global Financial Crisis a decade later. 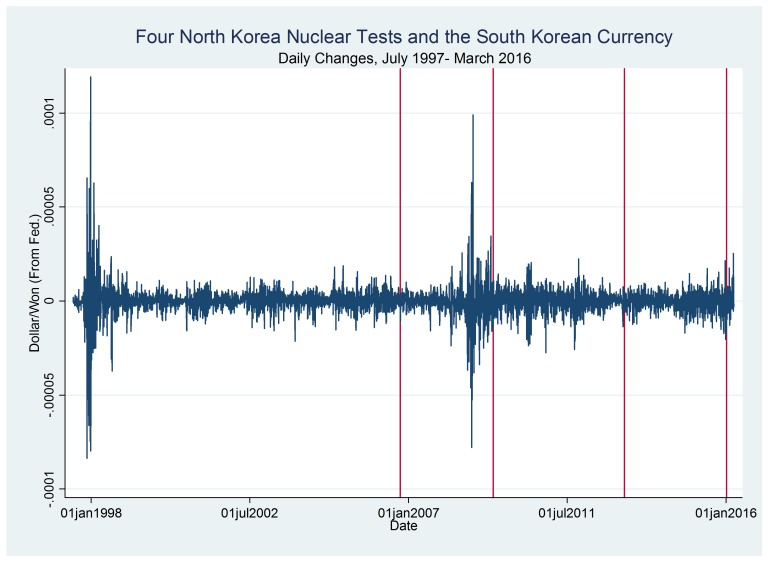 These messages are reinforced if we examine the four episodes in greater detail. The next eight charts display the first differenced asset price data 30 days prior to and 60 days following each of the four nuclear tests. The really striking thing about these charts is that not only do the provocations have no lasting impact on the direction in asset prices, in some cases the first differenced asset prices appear to increase in the aftermath of the provocations! 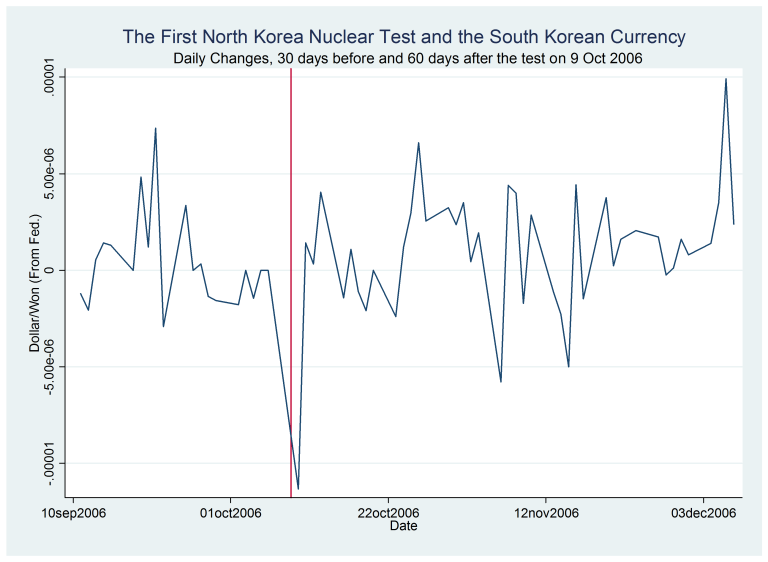 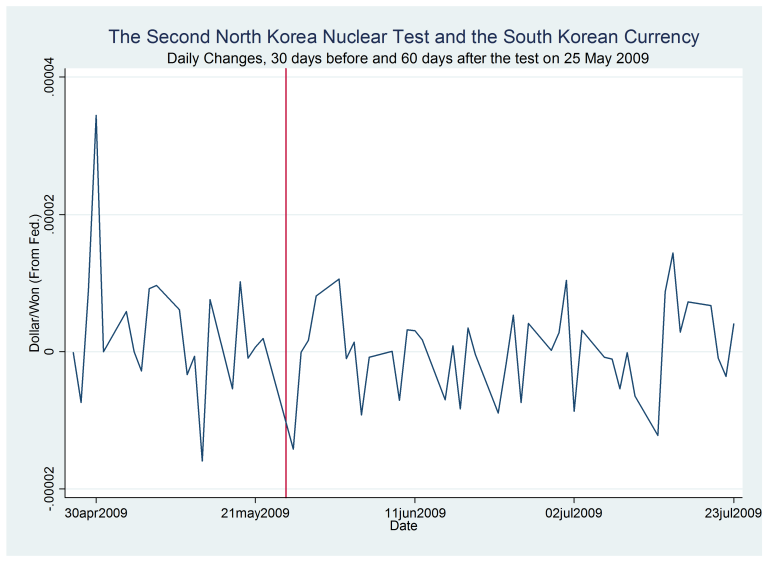 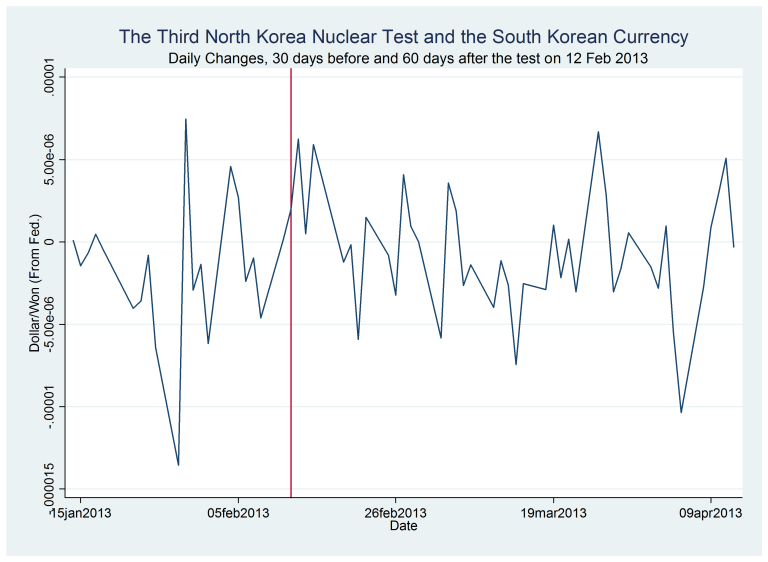 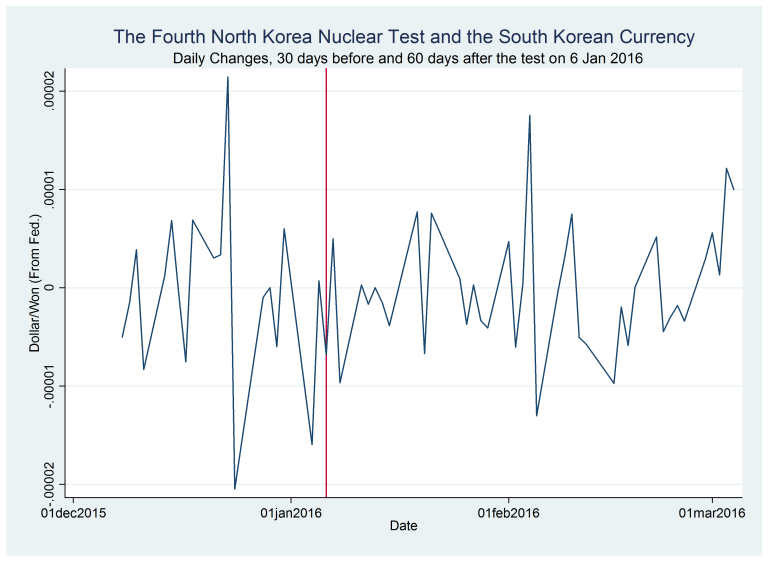 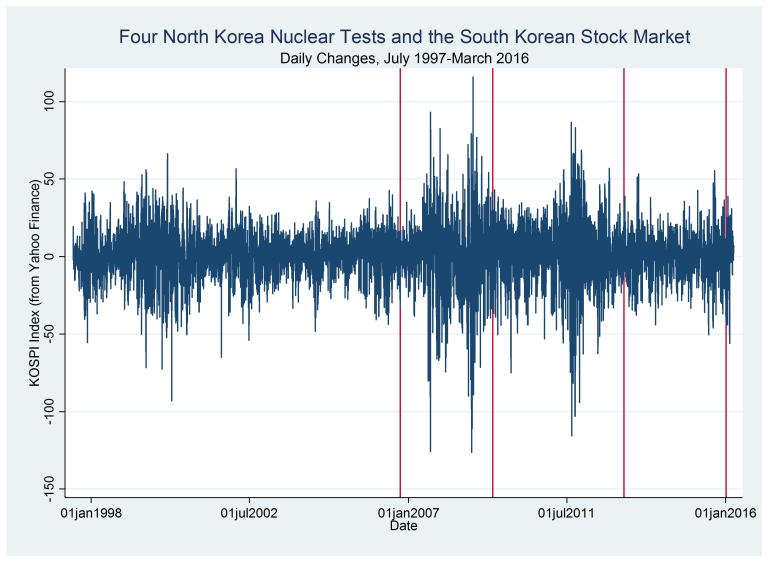 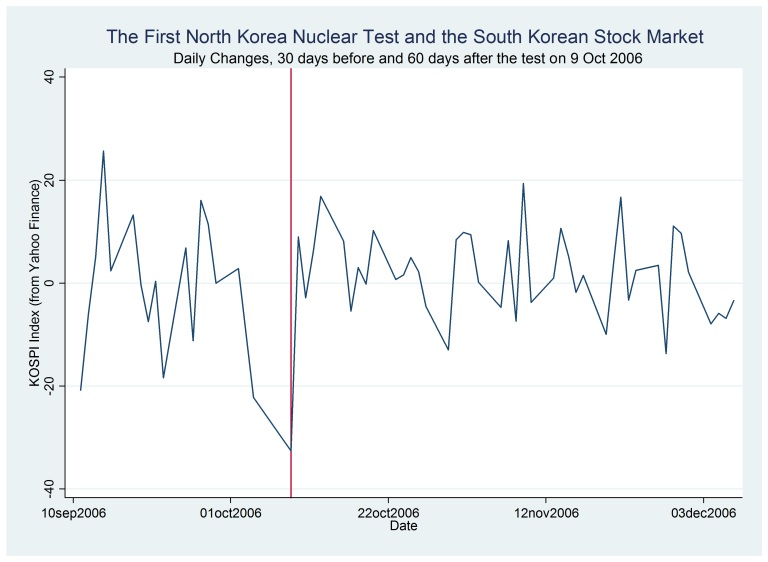 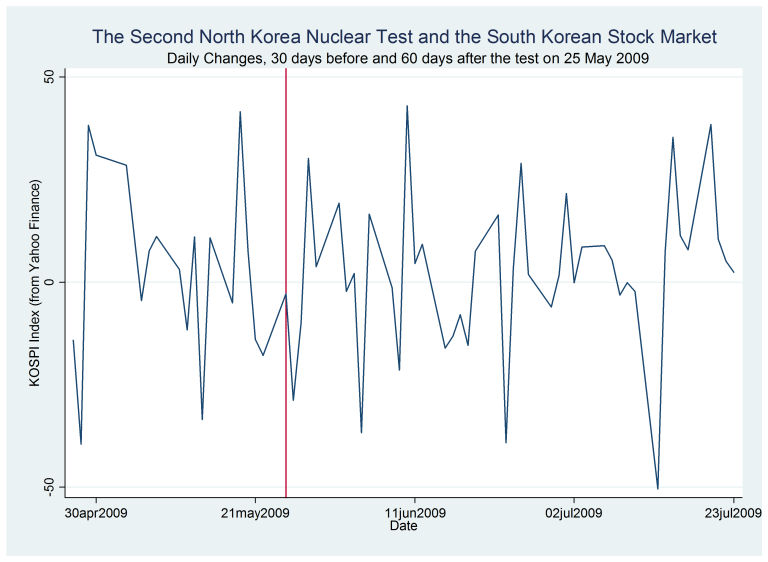 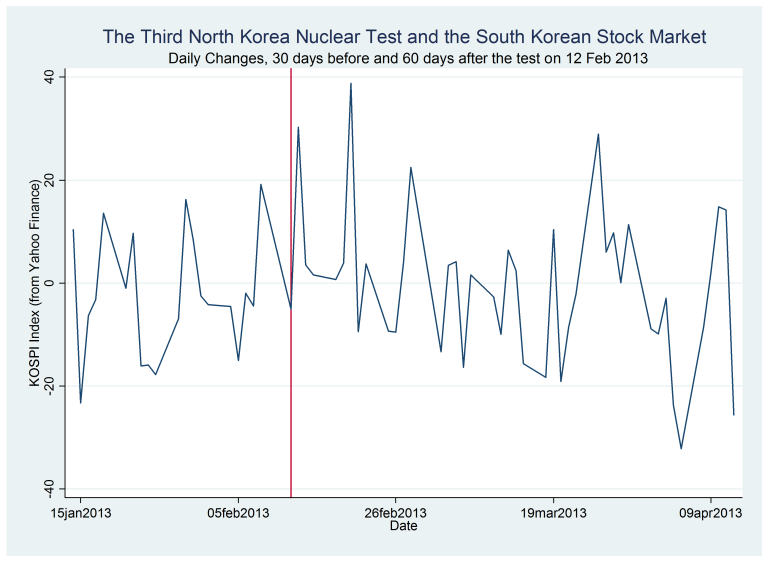 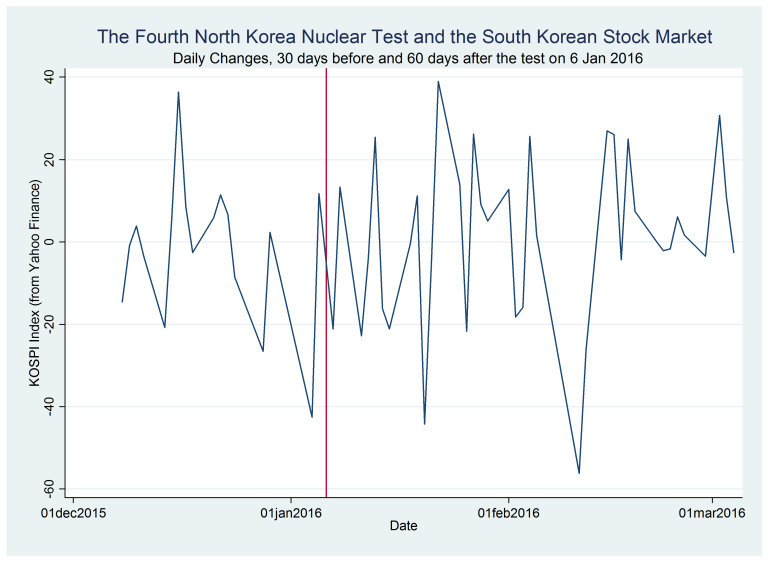 In short, North Korea has the capacity to inflict terrible destruction on South Korea through a variety of channels. But when it comes to the economic impact of provocations, well, those would appear more self-destructive, though the black market rate on the North Korean won remained remarkably stable after the last test.  So will it be different this time as Goldman Sachs supposes?  Well, maybe next time.