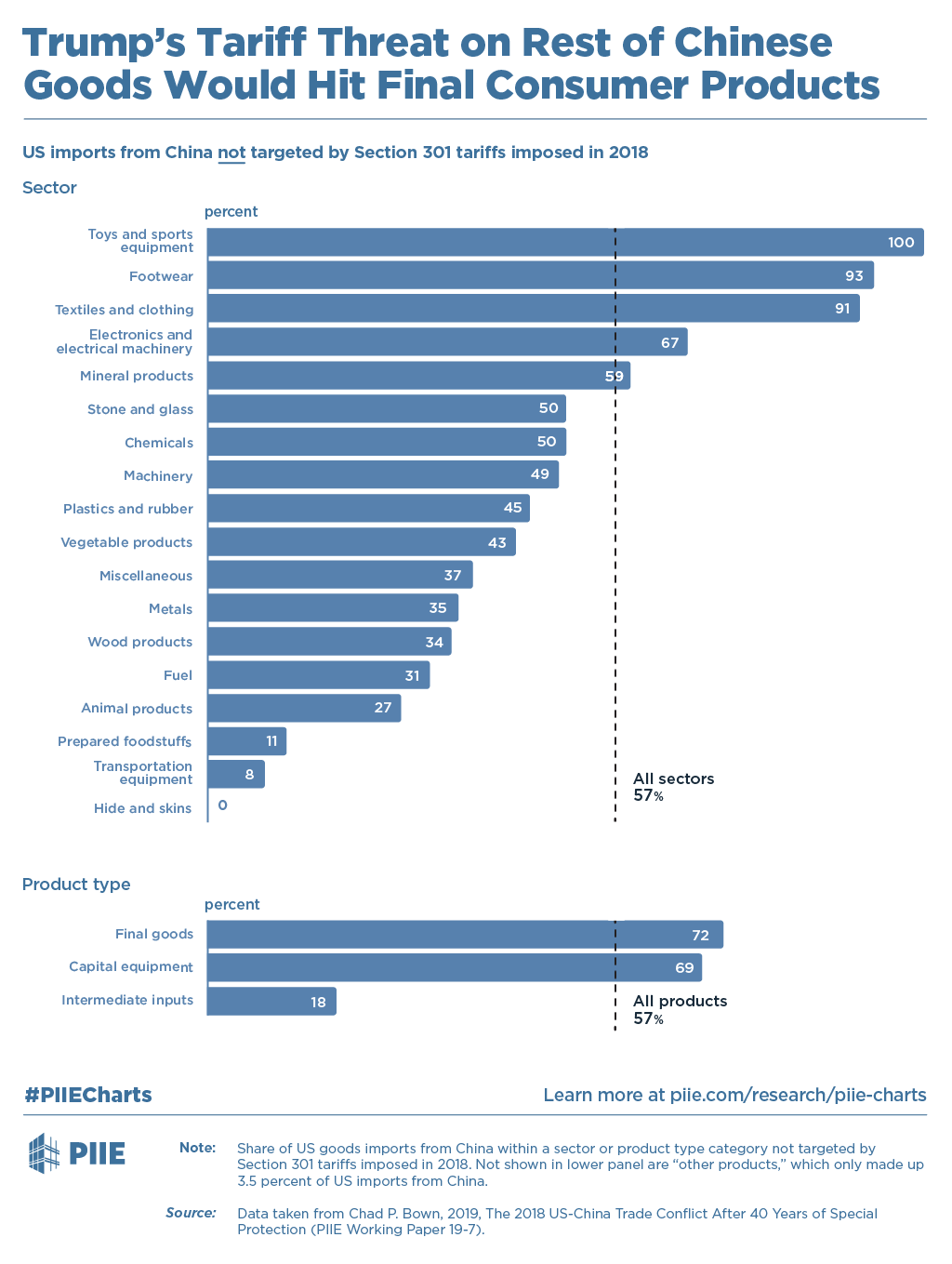 In a sudden reversal during the US-China trade negotiations, President Trump tweeted that the United States will increase the 10 percent tariff on $200 billion of imports from China to 25 percent on May 10, 2019. He also indicated he would "shortly" impose 25 percent tariffs on the rest of US imports from China not yet targeted with his Section 301 tariffs, which he states are "325 Billions Dollars" and would mostly hit final consumer products, such as toys, footwear, clothing, and electronics.

This chart was adapted from Chad P. Bown's Working Paper, The 2018 US-China Trade Conflict after 40 Years of Special Protection.