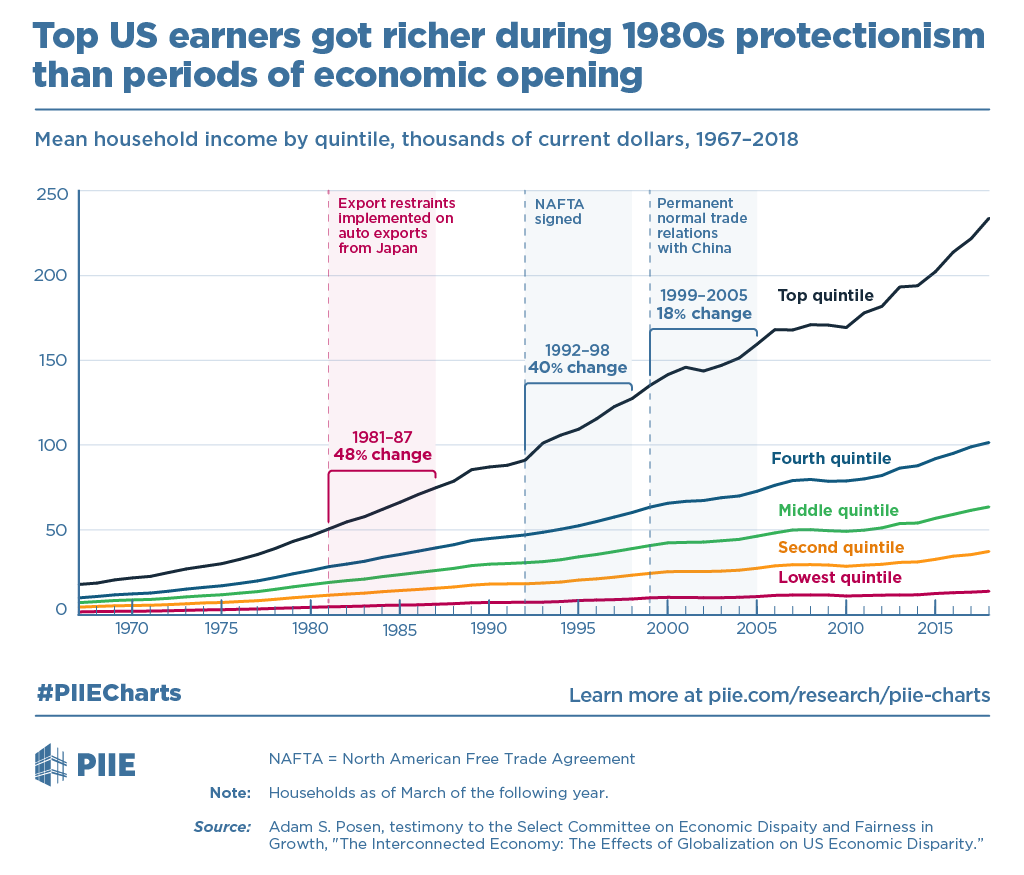 Contrary to popular belief, trade liberalization has not been the biggest contributor to economic disparities in the United States. The reality is the opposite: The top earners have grown their earnings relative to other workers faster during periods of heightened protectionism, suggesting attempts to address inequality by limiting trade could backfire.

Between 1981 and 1987, the Reagan administration pursued several protectionist trade policies, including limiting the imports of cheaper, more efficient passenger vehicles from Japan and introducing tariffs on steel. During the six-year period following the introduction of Japanese automobile import restrictions, the top US earners increased their mean household income by 48 percent. By contrast, in the six years following the signing of the North American Free Trade Agreement (NAFTA) and normalizing trade relations with China, they grew by 40 and 18 percent respectively. Notably, the mid-1990s following NAFTA were also a period of domestic financial deregulation, which contributed to that period's rise.

Since World War II the United States has encouraged other countries to embrace economic opening and integration. Now it must follow its own advice and embrace a constructive international economic policy instead of a defensive one that allocates gains unfairly and worsens economic inequality.

This PIIE Chart is based on Adam S. Posen's testimony on globalization before the US House Select Committee on Economic Disparity and Fairness in Growth.