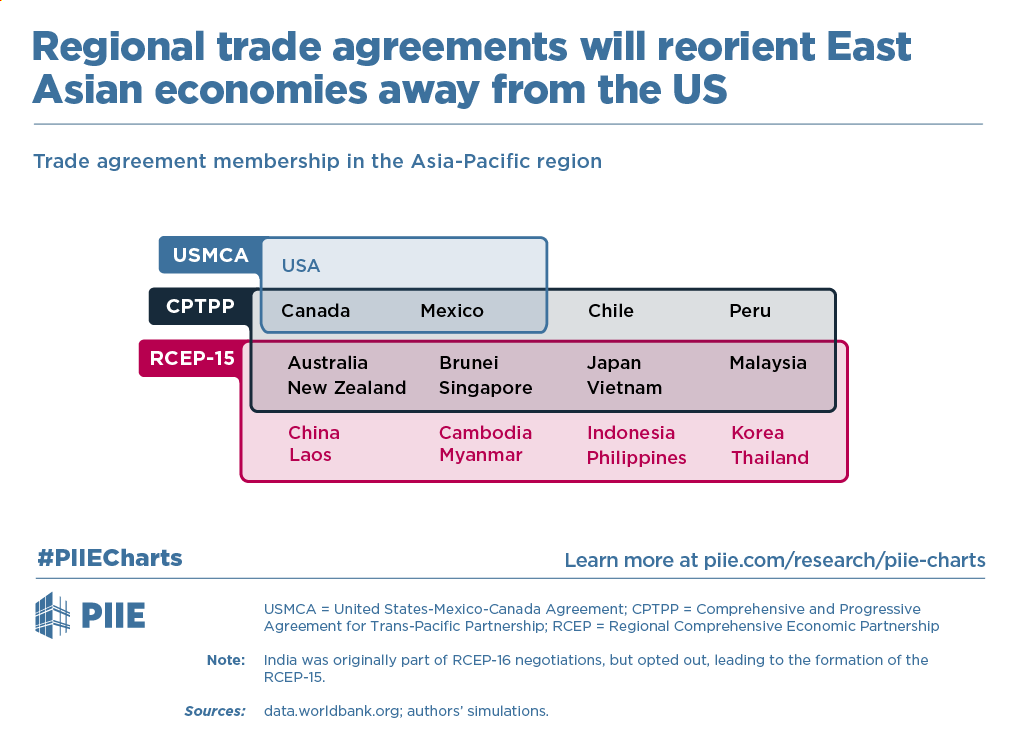 Similarly, without India the 15-nation RCEP will establish a vast regional trade bloc with prominent roles for China, Korea, and Japan. As these nations expand their production networks, build interconnected innovation systems, increase collaborative manufacturing, and develop mutual trust in supply chains, the United States stands to lose economic and political clout in the region. The agreements originally sought to limit China’s influence, but without the balancing influences afforded by the United States and India, they will enhance rather than limit China’s outsized influence in regional decision making.