Despite Germany's trade surplus, manufacturing employment share of total employment has fallen in its industrial hub at a similar rate as in Ohio 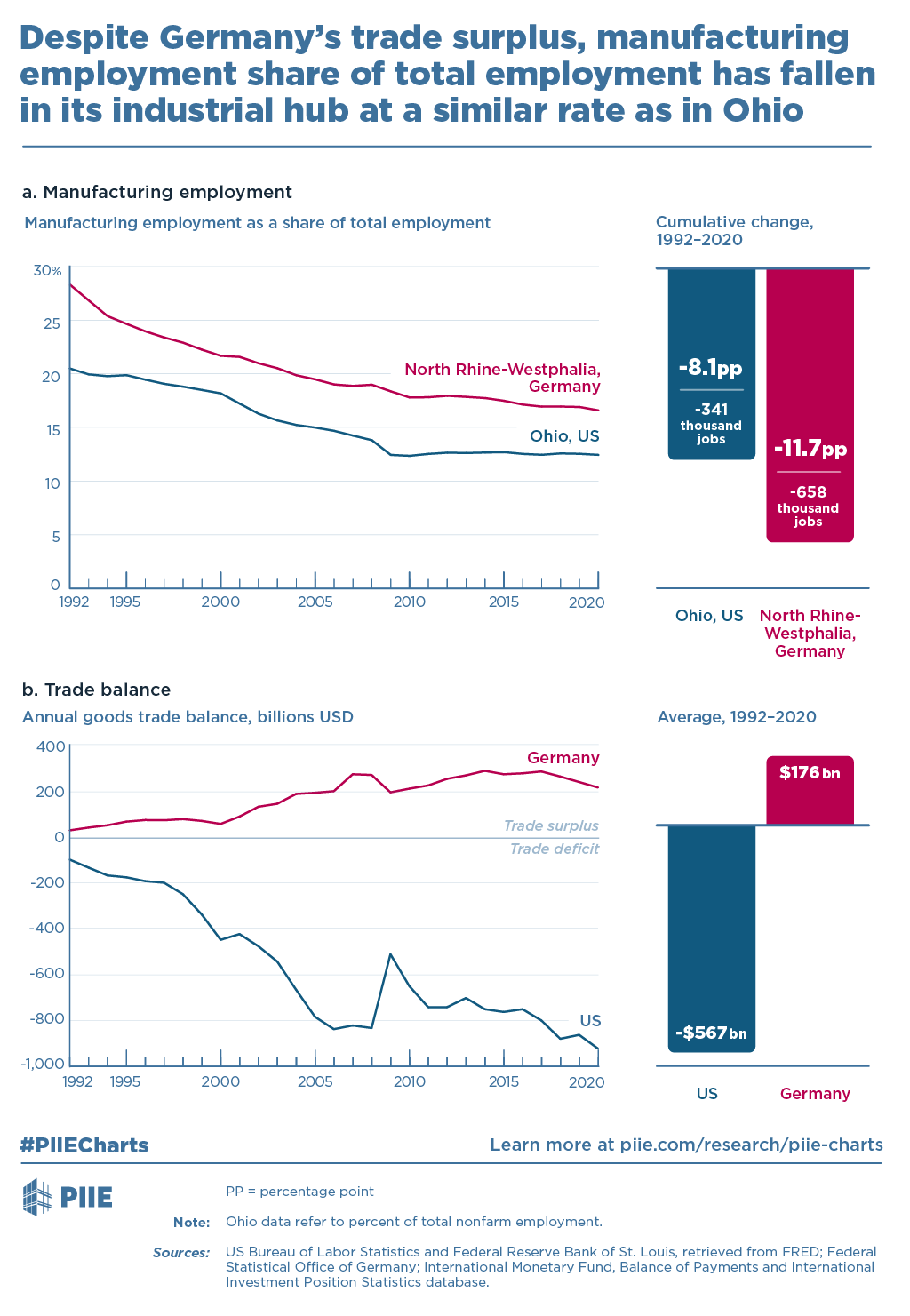 Large trade deficits are often blamed for the protracted decline in manufacturing employment in the United States. Critics claim cheap imports from low-wage countries erode the competitiveness of US producers, driving American manufacturing plants and jobs abroad. However, manufacturing employment as a share of total employment has been steadily declining in all high-income economies, even those with strong export sectors and trade surpluses, like Germany.

The parallel trends observed in both regions suggest the decline is driven by forces other than trade balances or policy. Common factors, including increased use of labor-saving technologies and improvements in productivity, may be responsible as more efficient technologies reduce the need for manufacturing workers. The regional histories demonstrate the futility of fixating on trade balances to protect manufacturing jobs, a policy course that is doomed to fail while ignoring long-standing injustices.

This PIIE chart was adapted from Adam S. Posen's testimony on the effects of globalization before the House Select Committee on Economic Disparity and Fairness in Growth.

Volkswagen Gets a Lesson about American Exceptionalism

The Problem of US Labor Force Participation