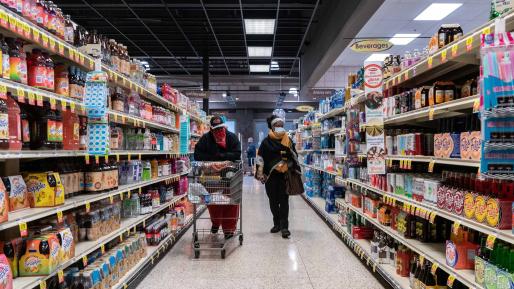 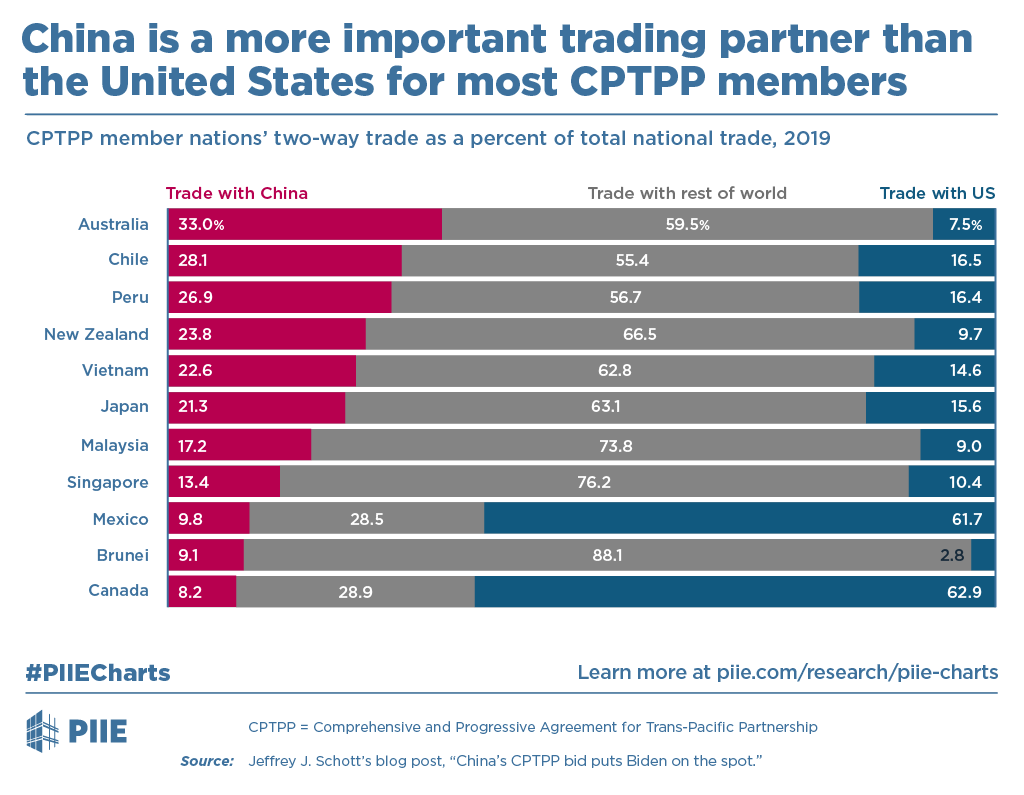 China's accession to the Comprehensive and Progressive Agreement for Trans-Pacific Partnership (CPTPP) would be a big win for Beijing, delivering growth in real income and exports. But the CPTPP has an array of standards for admission, and the gap between Chinese practices and those standards is large. China has undertaken some reforms to its foreign investment regulations and intellectual property protections, but it will be hard for China to meet the standards in areas like labor, digital trade, and state-owned enterprises (SOEs).

Many CPTPP members rely on their trade ties with China and may wish to give it a waiver or delay on adhering to its standards. For 6 of the 11 CPTPP members, Chinese trade accounts for more than 20 percent of their total merchandise trade, and they may be reluctant to block Chinese accession for fear of reprisal. Others are unhappy with China's trade practices.

On the other hand, China has been unhappy with Australia's military and political moves and has targeted it for import restrictions. Canada and Japan are also at odds with China over economic and political issues. Canada and Mexico have larger trade linkages with the United States after decades of economic integration among the North American countries, and they may be susceptible to US pressure to oppose China's entry.

This PIIE Chart is based on Jeffrey J. Schott research, China's CPTPP bid puts Biden on the spot.