Brazil, India, and China have reduced tariffs since 2000, approaching US and EU rates 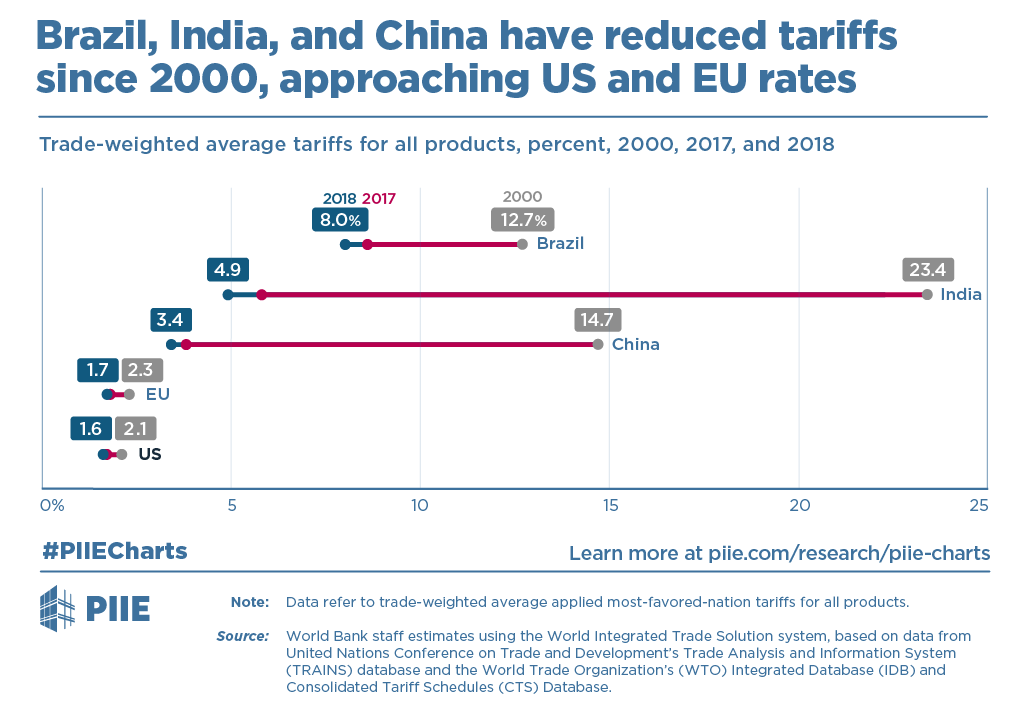 Trade specialists in the Trump administration routinely accused US trading partners of protecting their markets with high tariffs, putting US exporters at a disadvantage. This complaint had some merit in 2000—when tariffs in large emerging markets were more than five times higher than US tariffs. But it is out of date, overlooking the liberalization that occurred between 2000 and 2018.

By 2018, applied tariffs in developing countries were still higher than in the United States, but the trend was toward convergence. India reduced its trade-weighted average applied most-favored-nation tariffs from 23.4 percent in 2000 to 4.9 percent in 2018, China’s tariffs fell from 14.7 percent to 3.4 percent, and Brazil’s declined from 12.7 percent to 8.0 percent. The Trump administration also complained about US-EU tariff differences, but US rates were just 0.2 percentage points lower than EU rates in 2000 and 0.1 in 2018.