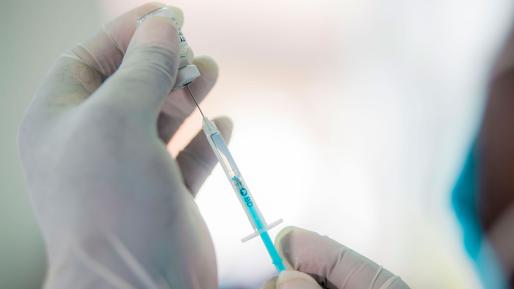 The G7 should go full-throttle on its vaccine agenda: It will save lives and pay for itself

The most urgent and immediate challenge faced by the world today is to quell the COVID-19 pandemic.  Vaccinating the world's adult population of 6 billion people against the disease will require about 12 billion doses. But only about 2 billion doses have been administered so far, nearly all in the advanced economies.  A substantial acceleration of the global vaccination program is critical.  It will not only save thousands or even millions of lives—as indicated by the research we've conducted over the past several months—but it will also pay for itself by allowing a reduction of social distancing and lockdown restrictions, thereby boosting economic growth both in the developing countries and in the G7 itself.

Under the leadership of US President Joseph R. Biden Jr., the G7 has awakened to the challenge of suppressing the global pandemic. In its statement on June 13, it committed to "an end-to-end approach" to boosting the production and dissemination of vaccines, raw materials, tests, therapeutics, and personal protective equipment.  It signaled financing to purchase a billion doses of the vaccine and direct contributions of nearly another billion doses.  And it promised in particular to help support the world's poorest countries meet the challenge of quelling the pandemic.   However, these commitments are just the first steps of a long journey, and it is critical that the G7 follow through aggressively on its ambitious and wide-ranging agenda.  Our research makes clear that this is an investment that will pay off in many ways.

In a recent paper, we found that if the United States had adopted a more aggressive policy in 2020 of supporting vaccine production by offering unconditional contracts with vaccine producers, the up-front cost would have been less than $20 billion, but it would have saved 35,000 lives and it would have boosted US GDP by $64 billion in 2021.  In fact, the fiscal effects alone (higher taxes and less entitlement spending) would have exceeded the cost of faster vaccinations by at least $12 billion, meaning that there would actually be no net cost to the US government of accelerating vaccinations in this manner.

Another paper considered a scenario in which global pandemic cases and deaths decline sharply from their May levels, consistent with a program of stepped up vaccine production and dissemination that is sufficient to drive new infections to very low levels by September. Compared with the baseline pandemic scenario devised by the Institute for Health Metrics and Evaluation (IHME), accelerated vaccinations save a million lives, the lion's share of them in developing countries, and global GDP is boosted by roughly $500 billion. About two-thirds of the extra GDP would be in developing economies and one-third in advanced economies (dominated by the G7).

The scope for further acceleration of vaccination programs in advanced economies is diminishing, as significant fractions of their populations are now vaccinated. But aggressive implementation of the G7 agenda could significantly speed up vaccinations in developing countries, saving lives and supporting economic growth that would also benefit exporters in G7 countries. And everyone would benefit from the reduced opportunities for virus mutation that could reinfect populations around the world.

To be sure, even before the G7's announcement, individual countries and the multinational COVAX organization had already made confirmed purchases of nearly 12 billion doses, enough to vaccinate all of the world's adult population (15 and up). Even after some downward adjustment of manufacturers' announced production schedules, Simon Evenett and Matt Linley estimate that all of these doses may be available by the end of 2021.

However, not all the vaccines being developed have received approval and some may never be approved. Manufacturers may be too optimistic about their ability to obtain needed supplies and equipment, as different manufacturers compete for the same limited resources.  And finally, many of the world's poorest countries lack the resources to purchase the vaccines and rapidly disseminate them to their populations.

Accordingly, there is tremendous scope for an aggressively-pursued G7 effort to reinforce and accelerate the global vaccination agenda.  To list the highest priorities: Countries should work together to alleviate supply bottlenecks as recommended by Chad Bown and Chris Rogers. They should give preference to the most promising vaccines, as suggested by Monica de Bolle, especially the mRNA vaccines that are proven more effective at preventing transmission of SARS-CoV-2. And they, along with other advanced economies, should support the purchase and dissemination of vaccines in the world's poor countries with a mix of grants and low-cost loans. The G7 commitment dovetails with another recent and wide-ranging proposal aired by the International Monetary Fund and other multilateral institutions, which aims to vaccinate 40 percent of the world's population by the end of this year and 60 percent by the first half of 2022.  They estimate this to cost $50 billion, a sum that is dwarfed by the economic benefits of suppressing the pandemic, even without taking account of the many lives that would be saved.

All told, stepping up the pace of global vaccinations is an investment the G7 cannot afford to miss.