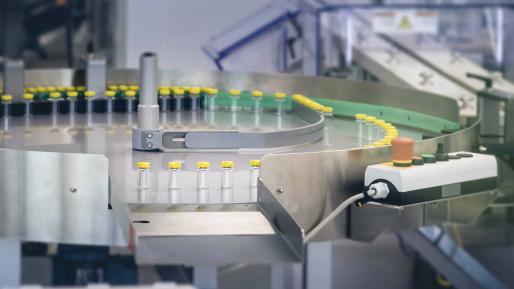 COVID-19 vaccination programs are generally understood to be a prerequisite for a return to normalcy in our social and economic lives. Emergency measures to research, test, produce, and distribute vaccines have been expensive, but increases in GDP resulting from the vaccines are expected to exceed those costs by wide margins. Few studies have quantified the economic costs and benefits of different rates of COVID-19 vaccination, however. This Policy Brief focuses on developing such a quantitative assessment for the United States; the approach may be applied to other countries as well. Two illustrative scenarios support the conclusion that most plausible options to accelerate vaccinations would have economic benefits that far exceed their costs, in addition to their more important accomplishment of saving lives. This Policy Brief shows that if, for example, the United States had adopted a more aggressive policy in 2020 of unconditional contracts with vaccine producers, the up-front cost would have been higher but thousands of lives would have been saved and economic growth would have been stronger. Instead, the federal government conditioned its contracts on the vaccines’ being proven safe and effective. The projections presented in this analysis show that even if unconditional contracts led to support for vaccines that failed the phase III trial and ultimately were not used, the cost would have been worth it.