The US Federal Reserve faces an uneasy choice. Despite solid rates of growth in the United States and China, the two engines of the world economy, the global economic environment has been characterized by sudden swings of mood and economic performance in the first months of this year, as evidenced by large movements in some major stock markets and commodities prices. Policymakers are debating appropriate responses to restore confidence and sustainable growth, but there is no consensus about suitable policy action during this period of steady but fragile recovery.

For several years now, economists have debated whether the financial crisis—the Great Recession of 2008 that originated in Western economies—would leave a “permanent scar.” Is the global economy healing gradually, or should we accept that we now live in a “fundamentally changed world” where living standards will be growing more slowly than they did between 2000 and 2007? Just as managers are cautious about making new investments (building new factories, bringing new products to market, or carrying out research), central banks also understand they need to move cautiously when the health of the economy is uncertain.

Recent developments have led the Fed to maintain its rates unchanged during its last meeting on March 16. The transcript of the discussion which took place during this meeting reveals the decision makers did not reach a consensus. The Fed is facing a dilemma. Should it gradually raise the interest rates as announced during its last December meeting—when it raised its rates from zero for the first time in 8 years—or wait longer?

What Are the Options?

From the Fed’s perspective, this is bound to be a close call. As the US central bank considers the situation at home, it sees several reasons for withdrawing monetary stimulus. Labor market data—in particular job creation—were better than expected during the first quarter of the year. Annual inflation—although still under the objective of 2 percent—rose to 1.25 percent in January. Additionally, the Fed’s official GDP growth forecast for 2016 was maintained around 2.2 percent, close to its full potential.

However, doubt regarding the strength of the activity and concerns about the negative impact of external factors remain. Sluggish demand abroad and the rise of the dollar against other currencies since mid-2014, which decreased the price-competitiveness of American exporters, explain the observed drop in US exports in January and February.

If the Fed raises interest rates, the dollar could appreciate further, especially while Europe and Japan are maintaining or even extending their accommodative monetary policy. Raising rates, thereby signaling the state of the US economy continues to improve, could raise outflows from emerging countries to the United States. As countries become more financially integrated, this could enhance global financial instability. Fortunately, emerging markets seem better prepared for policy adjustment in the United States compared to 2013 (at that time, the extreme reaction of financial markets to statements from the Fed caused widespread fluctuations in emerging countries, in particular in the value of their currency against the dollar.) The Fed has since decided to be more cautious about its communication in order to avoid massive movements of capital flows.

The Fed could choose to be patient and keep interest rates unchanged. Yet a decision to wait longer before raising rates could add to criticism that low borrowing costs are artificially lifting asset prices. Moreover, many observers would interpret any hesitation by the Fed as a tacit message that “things are worse than they look.”

The consequences of the policy change are—of course—unknown, but it is apparent that there are several fault lines around the world and downside risks to the US economy. Europe is affected by policy uncertainty coming from the refugee crisis, the recent terrorist attacks in Brussels and the upcoming referendum in the United Kingdom. The Japanese economy is still stagnant despite an aggressive monetary policy. Oil exporters like Venezuela suffered from dramatic drops in prices, which put pressure on their fiscal revenues and economic growth. Some analysts also worry about China and its ability to build on its impressive features, like dynamism and openness to trade, while continuing the process of transformation toward a development of a more robust service sector, including travel, education, and health.

The Fed’s next decision is going to be closely watched. Markets participants currently expect the Fed to hike rates twice this year. It is rare to see such a divergence in economic cycles among advanced economies as we witness today, and economic uncertainty is increasingly intertwined with geopolitical risks. As a reminder, over the last 30 years, there were four notable phases of increasing interest rates by the Fed. Except for the monetary tightening in the mid-1990s, they were all followed by a drop of the stock market and a recession in the United States. Even in 1994, which was the only exception, a crisis materialized in some emerging markets. Will this time be different?

The Fed has steadily repeated it will reverse its easy monetary policy in a very slow and gradual manner. While there is hope this approach will not jeopardize the current economic expansion, policy-makers have to be mindful how they would deal with the potential next recession. 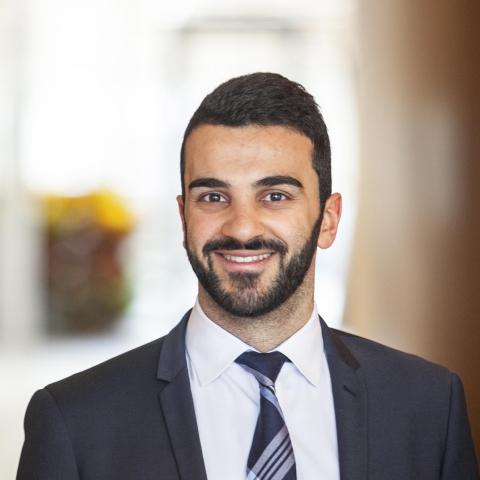