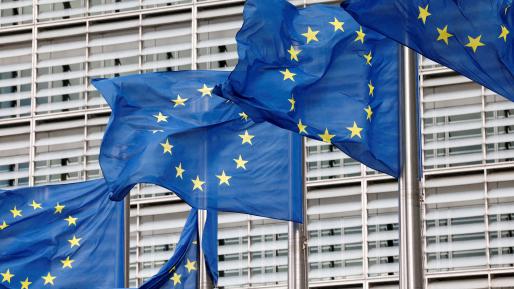 The European Commission´s fiscal rules proposal: A bold plan, with flaws that can be fixed

After long debate, the European Commission has presented its vision for revamping the European Union framework to guide member states on their fiscal policies in light of recent challenging circumstances, including the COVID-19 crisis and Russia’s invasion of Ukraine. The Commission could have taken the path of incremental reform, as in previous rounds in 2005, 2011, 2013, and 2015. It did not, and the result is welcome and far-reaching. But the proposals, unveiled on November 9, also contained many shortcomings that can and should be addressed.

The core proposal is to replace the current “preventive arm” of the Stability and Growth Pact (SGP), which member states originally adopted in the 1990s. The SGP has become a confusing thicket of rules that attempts to map debt and deficit levels into adjustment requirements. The plan is to replace this with a medium-term adjustment plan guided by debt sustainability analysis (DSA). The requirements for countries to keep debt within 60 percent of GDP and deficits within 3 percent of GDP would be maintained—hence avoiding the need to change the excessive deficit procedure (EDP) protocol annexed to the EU treaty—but they would be embedded into an entirely new framework.

First, the Commission would classify countries as high, medium, and low risk using  DSA methodology agreed with member states. For countries facing high and medium sustainability risks, the Commission would propose a “reference multiannual adjustment path in terms of net primary expenditure.” Net primary expenditure combines the elements of discretionary fiscal policy that governments can control: expenditure net of discretionary revenue measures and excluding interest expenditure, as well as cyclical unemployment expenditure. High-debt-risk countries must ensure that after a maximum of four years, their debt is on a “plausibly and continuously declining path” for at least 10 years, based on unchanged policies. Countries with medium debt risks would get an extra three years before debt must start continuously declining.

Second, following a discussion with the Commission, each members state concerned would submit a “medium-term fiscal structural plan” outlining fiscal adjustment, reform, and public investment commitments. This could involve a more gradual adjustment path than the standard four-year horizon, provided it “is underpinned by a set of priority reform and investment commitments.” The Commission would assess the tradeoff between reforms/investment and adjustment based on a common EU framework (in essence, assessing whether and to what extent the growth impact of the proposed reforms or investment offsets the higher deficits).

Like the current SGP, enforcement would happen through the EDP. For countries with debt above 60 percent of GDP, this would generally be triggered by failure to comply with the Council-endorsed expenditure path.  “In case the original path is no longer feasible, due to objective circumstances, the Commission could propose to the Council an amended path under the EDP.” Failure to comply with this amended path (or indeed the original path, in the absence of “objective circumstances” that might justify an amendment) could lead to suspension of EU financing and reputational sanctions (for example, “Ministers of Member States could be required to present in the European Parliament the measures to comply with the EDP recommendations”). Fines could still be imposed, but their amounts would be lowered to make it more likely that they would be used (in effect, turning them into a variant of reputational sanctions).

Three elements in the proposal represent a big step forward.

First, unlike the current preventive arm of the SGP, the required medium-term fiscal adjustment would be based on a comprehensive analysis of debt sustainability risks. This should help avoid mistakes—too little adjustment when risks are high and unnecessary adjustment costs when they are not. It should also lead to better implementation. Governments will find it easier to accept a call for fiscal adjustment when it is based on the specific circumstances of that country, rather than adhoc rules that don’t take into account expected long-term growth, projected borrowing costs, or the impact on growth of fiscal consolidation.

Second, annual net expenditure ceilings are a better operational target than the cyclically adjusted fiscal balance used by the current SGP. Admittedly, net expenditure ceilings come with their own challenges: in particular, adjusting for the expected impact of tax changes on revenues. However, these adjustments occur more rarely and are easier to make than real-time cyclical adjustments of output and revenues. The latter often turn out to be wildly inaccurate, undermining their acceptance by EU countries.

Third, the Commission proposes an integrated framework to assess the potential tradeoffs between fiscal adjustment and economic reforms and public investment. This is important, as there may or may not be such a tradeoff in practice. In some cases, public investment pays for itself by generating higher output and revenues; in other cases, it does not. Similarly, economic reforms may or may not be a substitute for short-term deficit reduction, depending on whether and when they lead to higher growth and/or structurally lower spending or higher revenues. Debt sustainability analysis provides a framework to assess whether this is the case, and hence whether high-debt countries offering such measures should be offered more time to adjust.

But the proposal also has problematic features that could sink it.

First, the requirements that the proposal imposes on the reference path and the country’s medium-term plan are too vague to safeguard against abuse. Fiscal adjustment is supposed to lead to both a fiscal deficit of less than 3 percent and a “plausibly downward” debt path after four to seven years (seven for countries with moderate and four for countries with substantial debt risks, unless they offer economic reforms that justify the seven-year adjustment period). The Commission explains “plausibly declining” as declining “under a standard set of adverse scenarios” and that “there should a sufficiently low probability that debt increases in the five years following the plan’s horizon.” Depending on the meaning of “sufficiently low” and the stringency of the stress tests, “plausibly declining” may or may not be ambitious enough for a high-risk country.

The second and more important problem is the outsized role of the Commission in the negotiation. The Commission would propose the reference scenario, assess the country’s counteroffer, and recommend a modified plan if it finds the counteroffer lacking. If the country does not accept the modified plan, the Council is expected to adopt the Commission’s reference scenario for surveillance and enforcement purposes. Most countries will say this gives the Commission too much power. It also seems inconsistent with the professed aim of strengthening national ownership and increasing the role of national independent fiscal institutions (IFIs). Unlike proposals by the European Fiscal Board (EFB) and IMF Staff, the Commission does not propose specific steps to upgrade and empower  national IFIs or the EFB, which should be upgraded to an independent fiscal council with its own budget.

To address these problems, two questions must be answered. First, how can abuse of discretion be prevented? Second, how can the roles of EU countries, IFIs, and the Commission be balanced in arriving at a medium-term adjustment path?

The easiest way to prevent abuse would obviously be to eliminate discretion altogether, by returning to a pure rule. But that would also miss the point of the reform, which is to use all relevant information in assessing debt risks and the impact of policy on debt risks— including information no one thought of when writing down a rule. The latter requires the exercise of judgment, which in turn requires discretion.

Instead, the approach should be to establish a clearer framework around how the multiannual adjustment path is decided. This should involve three elements.

First, the meaning of “plausibly declining” should be defined as declining with high probability. High probability could in turn be defined in the implementing legislation (for example, as an 80 or 90 percent probability that debt will remain on a declining path for 10 years after the adjustment period).

Second, a method should be agreed for assessing that probability, in the form of a specific debt sustainability framework. Like the Commission says, this could be a variant of its existing DSA methodology. To be sure, no method will be perfect. However, it will still do much better in assessing the risk of exploding debt than a rule that links such risks only to debt and deficit levels. And unlike such rules, it will provide a quantitative framework for assessing the tradeoffs between higher growth and higher fiscal adjustment in reducing debt risks.

Third, national IFIs should be given a central role in making the judgment calls necessary to operate the method. This will require significantly upgrading these institutions—most of which are barely visible today—by giving them better resources and more powers, along the lines of the United Kingdom’s Office for Budget Responsibility, and connecting them via a stronger EFB. Once a probability benchmark and a method are agreed, the result—whether a proposed adjustment path is adequate—will depend on economic assumptions about future growth, interest rates, and the growth and revenue impacts of planned reforms. These are uncertain, creating a further possibility for abuse (for example, it is always possible to get debt to decline with high probability by making sufficiently rosy growth assumptions). To reduce the potential for such abuse, EU countries should be required to use independent projections by the national IFI or another body of future nominal GDP growth, borrowing costs, growth effects of reforms, and revenue effects of tax policy changes.

To conclude, the Commission’s proposal is a bold and largely welcome departure from the status quo. But by allowing too much discretion and giving itself an excessive role, the Commission risks undermining its own proposal. Fortunately, both problems can be fixed: through more precision on the minimum ambition of targeted debt declines and by upgrading national IFIs and making them an essential part of the process.

This blog is being published in parallel by Bruegel. The authors thank Grégory Claeys, Marek Dabrowski, Zsolt Darvas, Maria Demertzis, Jacob Kirkegaard, Jean Pisani-Ferry, Lucio Pench, and Ángel Ubide for their comments. The authors are solely responsible for the views expressed here.