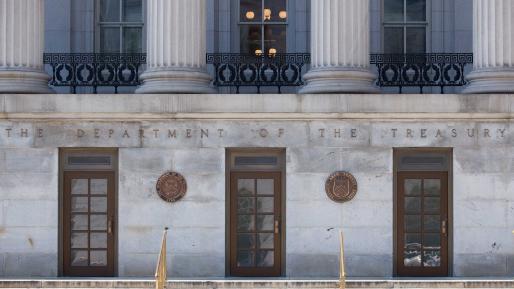 Today the US Treasury Department released its semiannual Report on Macroeconomic and Foreign Exchange Policies of Major Trading Partners of the United States, also known as the Foreign Exchange Report. Treasury named Switzerland and Vietnam as currency manipulators. China and nine other economies were put on a monitoring list for enhanced surveillance.[1] Treasury plans to consult with the newly named manipulators on ways they can grow without large trade surpluses, but Treasury’s leverage to change their policies is meager.

As I have written elsewhere, there are serious economic flaws in the criteria that the Treasury currently uses for identifying manipulators. A more defensible set of criteria, which I proposed with Fred Bergsten in 2017, would identify Singapore and Switzerland as currency manipulators today, with Korea, Taiwan, and Thailand on the margin of being so classified. Vietnam does not meet the Bergsten-Gagnon criteria.

Currency manipulation is the excessive purchase of foreign currencies to hold down one’s own currency in order to gain an unfair advantage in international trade.[2] Manipulation is especially harmful when global economic activity is weak and interest rates in trading partners are already near zero, limiting their ability to stimulate economic activity. As I discuss in a recent Policy Brief, Korea, Singapore, Switzerland, Taiwan, and Thailand have considerable scope to use expansionary fiscal policy to maintain growth through domestic spending while narrowing their trade surpluses. Their public debts and deficits are low, and most were running fiscal surpluses prior to the COVID-19 pandemic.

The table below presents relevant information on selected economies for 2019. The first two columns display the current account balance, the broadest measure of a country’s trade balance. Bergsten and Gagnon require a current account surplus of at least 3 percent of GDP to be considered a manipulator. Treasury lowered its criterion from 3 to 2 percent in 2019, raising the chances of a country violating the threshold for a minor and transient imbalance. All countries in the table had surpluses greater than 3 percent of GDP in 2019.

The third column displays an economy’s net official foreign assets as a percent of GDP at year-end 2019. Bergsten and Gagnon require net official assets greater than three months of imports and also greater than 100 percent of short-term external debt, recognizing that countries have a legitimate need for a moderate amount of foreign exchange reserves to cushion against unexpected shocks. All the economies listed exceed both criteria by a wide margin except for Vietnam. Treasury does not have a formal criterion for excessive official foreign assets, but it notes that Vietnam’s foreign exchange reserves are large relative to both GDP and short-term external debt. However, foreign exchange reserves are only part of the picture. Vietnam has considerable public external debt, which is an official liability that has an opposite effect in currency markets to that of its reserves. In net terms, Vietnam’s official foreign assets are slightly more than 100 percent of short-term external debt but less than two months of imports, and thus below the Bergsten-Gagnon criterion. Bergsten and Gagnon also require currency manipulators to be high income or upper-middle income countries according to the World Bank. Vietnam is a lower-middle income country and thus does not meet this criterion.

Treasury does not identify Singapore as a currency manipulator, despite its large trade surplus and net official flows, because Treasury also requires that manipulators have bilateral trade surpluses with the United States. The statutes guiding Treasury’s Report list the bilateral trade balance as a key criterion of currency manipulation. This requirement has no basis in economics, as a country’s intervention in the foreign exchange market affects exchange rates and the pattern of current account balances regardless of any individual bilateral balance. The United States supplies key inputs to Singapore’s exporters, who in turn export components to China and other Asian economies that are incorporated into their exports to the United States. In this way, Singapore contributes significantly to the US trade deficit despite the US bilateral surplus with Singapore.

A sensible definition of currency manipulation would identify Singapore and Switzerland as manipulators in recent months with the possible, though marginal, addition of Korea, Taiwan, and Thailand. The latter three countries should be placed on the monitoring list at a minimum, as Treasury does. Treasury’s inclusion of Malaysia on the monitoring list is also reasonable, as it has a significant current account surplus and positive net official flows.[4] Other countries do not belong on the monitoring list. China, Germany, Italy, and Japan have not purchased meaningful amounts of foreign currencies in recent months. India does not have a significant current account surplus.

Treasury says it will begin “enhanced bilateral engagement” with Switzerland and Vietnam to urge them to adopt policies to reduce their excessive trade surpluses. Treasury can also bring its case to the International Monetary Fund (IMF) and, in extremis, vote against loans to these countries from the IMF or other international financial institutions. But these actions are not likely to carry much weight in Bern or Hanoi or the capitals of any of the other potential manipulators.

The lack of meaningful sanctions against currency manipulators led Bergsten and me to propose that the United States adopt a policy of countervailing currency intervention against large economies that manipulate their currencies. This would involve US purchases of an amount of the manipulator’s currency equal to the manipulator’s intervention, thus neutralizing its effects on exchange rates and trade imbalances. I recently proposed extending countervailing currency intervention to medium-size economies if the aggregate amount of such manipulation is materially important. This step would make Singapore and Switzerland potential targets for such intervention, in light of their large official currency purchases this year.

2. My research shows that fiscal policy and official purchases of foreign currencies are the most important drivers of trade imbalances around the world. Monetary policy has little effect on the trade balance.

3. Treasury uses a somewhat less inclusive measure of official flows, so its Report shows numbers just below 2 percent for Taiwan and Thailand.

4. Vietnam could also be placed on the monitoring list if development status were not viewed as a relevant criterion.