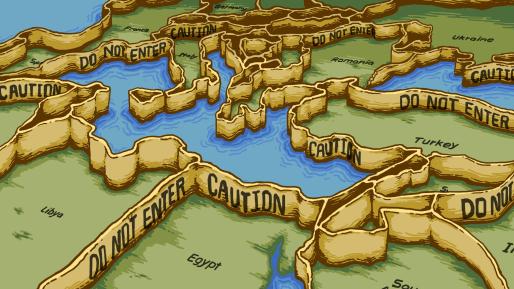 The coordinated policy response of major economic powers to the global financial crisis  of 2008 prevented an even bigger catastrophe. Now with the risk of another downturn, caused in part by the US-China trade war, what are the prospects for worldwide policy coordination to avert a disaster? Not good, according to research at the Peterson Institute for International Economics. In a recently published Working Paper, Jeromin Zettelmeyer and I show a rise in obsessive nationalist economic policies across the globe, making it more likely that in a crisis countries will go it alone to pursue their narrow self-interests, very likely to the detriment of the world economy at large.

We analyze policy platforms of the largest political parties in the Group of Twenty (G-20) countries (55 parties in total) and find that these parties have increasingly emphasized policies that stress national sovereignty, reject multilateralism, and seek to advance national interests at the expense of foreign interests. Political rhetoric championing national companies and domestic industries and workers at the expense of migrants, imported goods, and foreign workers has become more attractive to voters. Self-serving policies of economic nationalism are not just associated with Brexit or Donald Trump’s 2016 electoral victory but increasingly embraced by politicians and parties around the world.

A nationalist contagion has taken hold. Parties identified as more nationalist tend to emulate each other’s language in their respective platforms irrespective of their countries. Full international policy coordination has always been difficult to engineer because of domestic political constraints and other problems. But as history has shown, when countries respond to global problems by adopting individual rather than coordinated responses, they may collectively aggravate the global slowdown, or even induce it prematurely. The most famous example occurred as countries scrambled toward protectionist and currency devaluation policies after the crash of 1929, deepening the Great Depression.

The scores we obtained indicate that parties in advanced economies have become more nationalist with respect to immigration and trade since the global financial crisis, while parties in emerging-market economies have become more nationalist in industrial policy by favoring specific sectors and in competition policy by favoring industrial concentration. In both advanced and emerging-market economies, we identify greater concern over growth, job creation, and/or national industrial expansion potentially at the expense of fiscal and monetary stability.

As of 2018, economic policy preferences in emerging-market economies were more nationalist and less liberal than in advanced economies, but the gap has narrowed. Right-wing parties lean more nationalist than left-wing parties in the areas of immigration restrictions, FDI restrictions, and multilateralism, but there is no significant difference with respect to trade protectionism. When parties are split into “populist” and “nonpopulist,” relying on identification methodologies developed by political scientists, the evidence shows that “populist” parties are more nationalist in their overall economic stance than “nonpopulist” parties.

Although not the focus of our paper, these results suggest that widespread economic nationalism would pose a significant additional obstacle to policy coordination in the event of a global slowdown. And because economic nationalism implies a clear preference for individual national objectives over global collective interests, the resurgence of nationalist economic policies across much of the world would likely be associated with individual policy responses that could aggravate a potential slowdown. The world today thus appears positioned exactly where most economists and policymakers feared in the wake of the global financial crisis more than a decade ago. At that time, many thought policy coordination would be impossible, but they were proven wrong when governments around the world made a concerted effort to deploy fiscal and monetary stimuli. Today, the fear that countries will fail to engage with each other in the event of a severe global slowdown is not only justified but also bolstered by the measurable rise in economic nationalism.