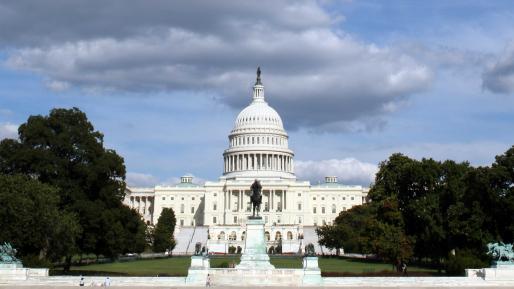 To: The Chairs and Ranking Members of the Senate Foreign Relations Committee and House Foreign Affairs Committee

International economic cooperation and US global economic leadership, key pillars of world peace and security, have eroded badly in recent years. Traditional American alliances have been weakened by economic conflicts. China poses the first real challenge to US global economic supremacy in more than a century. Multilateral institutions that the United States created and nurtured, in some cases for decades, have been ignored or abandoned. US foreign policy, along with American prosperity and economic stability, have been severely jeopardized as a result.

In addition, the executive branch has repeatedly abused and even violated authorities that Congress has delegated to it to conduct foreign economic policy. Spurious “national security” excuses have been used to justify restrictions on imports from some of the United States’ closest allies. The administration has threatened to withdraw unilaterally from trade agreements approved by Congress. International trade and investment have become so central to US foreign policy that the entire legislative framework for US international economic policy needs urgent review and reform.

The Committees should pursue the following priorities:

Priority 1: Hold hearings and commission research and reports on all the topics cited above. Leaders should make speeches to help revive a constructive national narrative on open trade and international economic cooperation.

Priority 2: Focus on the importance of global economic leadership to America’s overall role in the world and national security. The foreign policy dimension of that leadership must be recognized and respected if the leadership is to be restored.

Priority 3: Insist that future administrations respect and support the international economic institutions, such as the World Trade Organization and World Health Organization, that the United States has created and nurtured over many decades. Strong support for the rule of law must be maintained and indeed strengthened.

Priority 4: Highlight the economic as well as security challenges posed by China and fashion a new policy that combines tough competition and negotiation with conditional cooperation on issues of global importance, such as climate change and cybersecurity, where agreement between the United States and China is necessary if meaningful progress is to be made.

Major Policies That Should Be Reversed

The Committees should also urge a cessation or reversal of several recent policies including:

The Congress must play a central role in reviving a constructive US leadership role in the world economy and thus in rebuilding global prosperity and stability. Your committee can initiate a proactive strategy in these directions.