Under what circumstances can raising the pay of low-skilled workers at large corporations lead to general improvements in productivity? Last month, Aetna informed the Institute of its plan to raise wages of its lower-paid workers. With this natural experiment in mind, Justin Wolfers and Jan Zilinsky decided to explore literature and theory on how pay increases influence productivity. The following note summarizes their findings for major private-sector companies in the United States in general (and does not address the implications for Aetna itself or for any specific company or sector).

Economists have long argued that increases in worker pay can lead to improvements in productivity—indeed, that it can actually be profitable to pay workers higher wages. As Alfred Marshall, the father of modern economics, argued almost 125 years ago, "any change in the distribution of wealth which gives more to the wage receivers and less to the capitalists is likely, other things being equal, to hasten the increase of material production." Since then, economists have compiled rich data validating Marshall's hypothesis that paying higher wages generates savings:

Higher wages motivate employees to work harder. Janet Yellen (1984) suggested that higher wages create the conditions for workers to be more productive, pointing to "reduced shirking by employees due to a higher cost of job loss; lower turnover; an improvement in the average quality of job applicants and improved morale." Among the studies documenting this point are Levine (1992), which analyzed a sample of large (mostly Fortune 500) manufacturing companies, and Holzer (1990), which used data from a national sample of firms finding that "high-wage firms can sometimes offset more than half of their higher wage costs through improved productivity and lower hiring and turnover cost." Reich et al. (2003) surveyed employers at the San Francisco airport after a broad-based increase in wages and found that the employers of the majority of affected workers reported that their overall performance had improved. Mas (2006) analyzed the case of New Jersey police officers who were granted a wage increase of 17 percent, and who were 12 percent more productive in clearing cases than those who were refused the increase.

Higher wages attract more capable and productive workers. The evidence that higher wages attract more high quality applicants for new jobs is voluminous. Dal Bó et al. (2013) show that offering higher salaries yielded an applicant pool with a higher IQ and with personality scores and motivation that made them a better fit for the advertised jobs. Moreover, the first firm to offer higher wages is more likely to attract and retain more productive workers.

Higher wages lead to lower turnover, reducing the costs of hiring and training new workers. Reich et al (2003) calculated that typical turnover costs exceed $4,000 for each worker and that an increase in wages at the San Francisco airport led to a decline in turnover of 34 percent, yielding turnover-related savings of $6.6 million per year. Dube et al. (2007) found that when a San Francisco living wage ordinance raised wages among low-paid workers, those workers were more likely to stay with their employers. Reich and his coauthors also documented a stunning turnover rate of nearly 95 percent per year among security screeners in mid-2000, which fell to 18.7 percent when pay improved. Fairris et al. (2005) examined evidence from Los Angeles, finding that when employers were directed to offer higher wages, the decline in worker turnover yielded savings equal to around one-sixth of the cost incurred.

Higher wages enhance quality and customer service. The Reich et al. (2003) study also found that almost half of employers reported improvements in customer service following a wage rise for low-wage workers, and indeed, higher wages at the San Francisco airport led to shorter airport lines. Cowherd and Levine (1992) found that an increase in the pay of lower-level employees relative to management increased the quality of production. Using data from more than 500 retail stores, Fisher et al. (2006) found a positive relationship between customer satisfaction and the payroll level of associates and managers in the store. Higher wages were also associated with employers having more knowledge about the inventory.

Higher wages reduce disciplinary problems and absenteeism. Cappelli and Chauvin (1991) documented that in plants where pay was higher relative to the local labor market, fewer disciplinary actions were required. Likewise, nearly half of those employers surveyed by Reich et al. (2003) reported a decrease in disciplinary issues following a wage rise. Zhang et al. (2013) showed in a survey of Canadian firms that absenteeism was less likely when wages were higher. Pfeifer (2010) found a similar result in a large German survey.

Firms with higher wages need to devote fewer resources to monitoring. High-paying firms have been found to create a culture of hard work in which employees monitor their coworkers, reducing the need to hire supervisors. Rebitzer (1995) found that low-wage maintenance workers needed more supervision in the petrochemical industry. Groshen and Krueger (1990) showed that more highly paid nurses were also supervised less. Georgiadis (2008) found that in residential care homes in the United Kingdom "higher wage costs were more than offset by lower monitoring costs."

Workers excessively concerned about income security perform less well at work. A variety of recent experiments have demonstrated this proposition. Mani et al. (2013) recruited buyers in a shopping mall and asked them to think about their finances. Researchers observed that the performance of poor subjects on a cognitive test deteriorated if they were asked to imagine a large emergency expenditure (a $1,500 car repair), but no such deterioration was observed for well-off subjects. Mullainathan and Shafir (2013) assessed a range of related experiments, finding that mental tasks that simulate the constant stress of poverty led people to act in compulsive and improper ways. Indeed, the World Bank Development Report (2015), citing numerous field studies, recognizes that poverty taxes people's mental capacities and self-control.

Other mechanisms by which higher wages can yield offsetting benefits include:

Bó, Ernesto Dal, Frederico Finan, and Martín A. Rossi. 2013. Strengthening State Capabilities: The Role of Financial Incentives in the Call to Public Service. Quarterly Journal of Economics 128, no. 3: 1169–218.

Mullainathan, Sendhil, and Eldar Shafir. 2013. Scarcity: The New Science of Having Less and How It Defines Our Lives. New York: Picador.

Pfeifer, Christian. 2010. Impact of Wages and Job Levels on Worker Absenteeism. International Journal of Manpower31, no. 1: 59–72.

Rebitzer, James B. 1995. Is There a Trade-Off between Supervision and Wages? An Empirical Test of Efficiency Wage Theory. Journal of Economic Behavior and Organization 28, no. 1: 107–129. 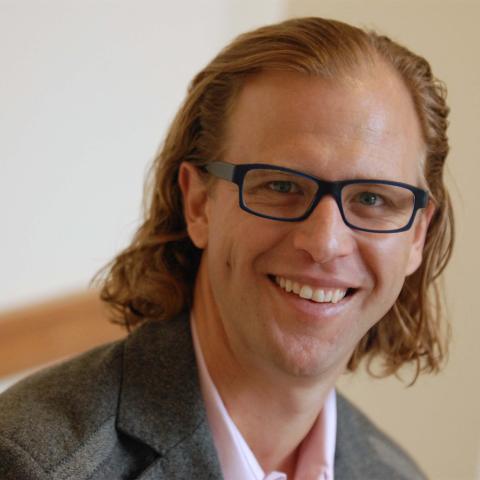