Europe’s Arduous Climb Out of a Deep Economic Hole

It may be less of a rebound than a half-hearted bounce. But at least some of Europe’s economies are crawling out of a longstanding rut. “Europe has put the worst of the crisis behind it,” according to Angel Gurría, secretary-general of the Organization for Economic Cooperation and Development (OECD). The OECD projects euro area GDP growth of 1.6 percent in 2016, matching European Commission forecasts released last month (unemployment is projected to fall to single digits, namely 9.9 percent, next year). But Europe’s reemergence from a prolonged slump has been remarkably slow, and continent-wide patterns have often been overshadowed by abrupt developments in Greece.

Using a very generous definition of recovery—measuring whether inflation-adjusted GDP in a country was higher at the end of 2015 compared to the end of 2007—just 17 out of 28 countries in the European Union have now “recovered” (figure 1).

Since 2007, only six EU economies (Sweden, Romania, Luxembourg, Slovak Republic, Malta, and Poland) expanded by 10 percent or more. Three of those countries are euro area members, meaning only 3 out of 19 euro area economies have rebounded at a reasonable rate after the crisis. Taking the European Union as a whole, the average country is only 3.5 percent richer than it was in 2007.

Zooming on those EU members who participate in the currency union (figure 2), GDP levels are lower than in 2007 not only in Greece and Italy (the well-documented cases, where the economy withered by 26 and 8 percent respectively) but also in seven other countries. In other words, barely more than half of euro area members (10 out of 19) had higher GDP levels in 2015 compared to eight years prior.

Figure 2 shows that performances of euro area economies fall between a narrow band. In 2015, the majority of countries produced either slightly less than in 2007, or up to 10 percent more compared to the last precrisis year. 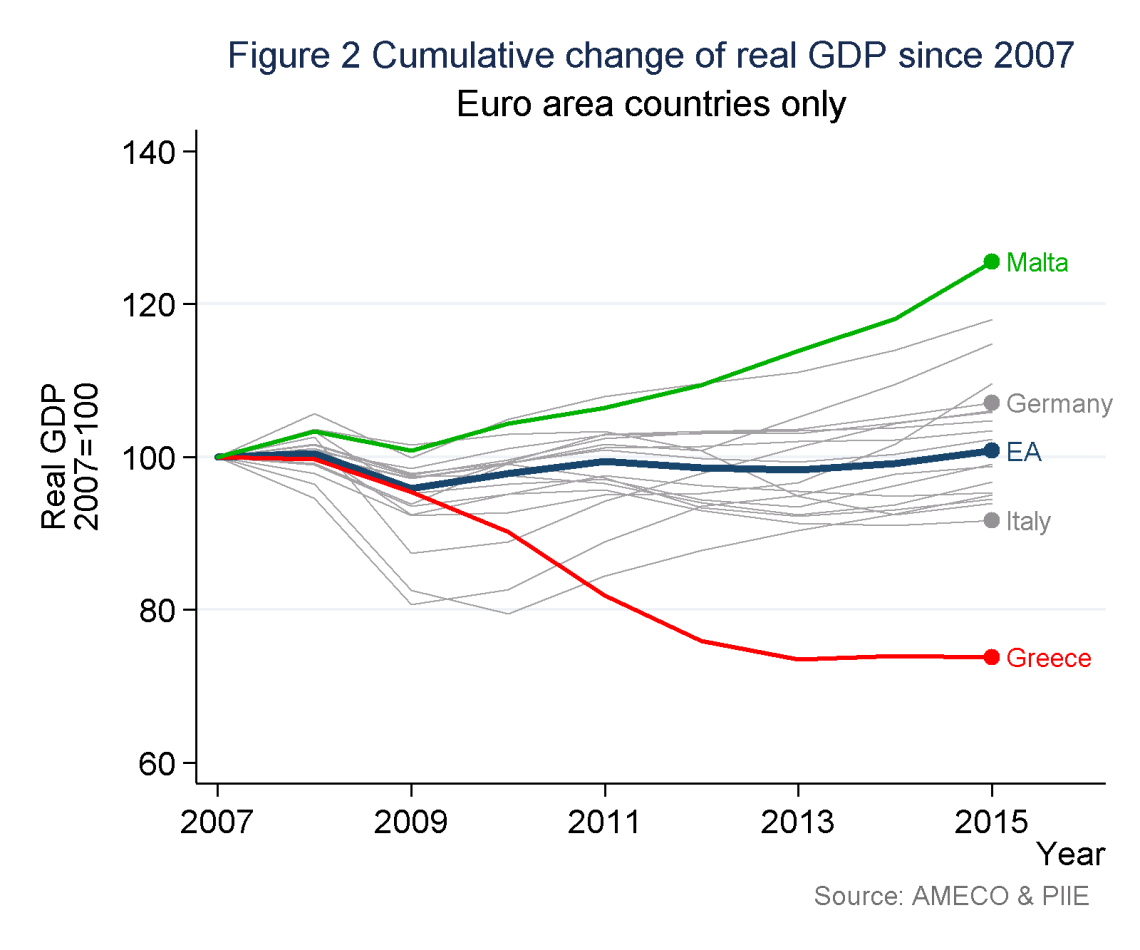 In all EU countries, with the exception of Malta, average annual real GDP growth slowed after the crisis compared to the precrisis norm. In the euro area, average annual growth decreased by 3.5 percentage points on average, but this magnitude masks large differences between countries. Large slowdowns occurred, especially in the formerly exceptionally fast-growing east European economies, as well as in Greece (figure 3). 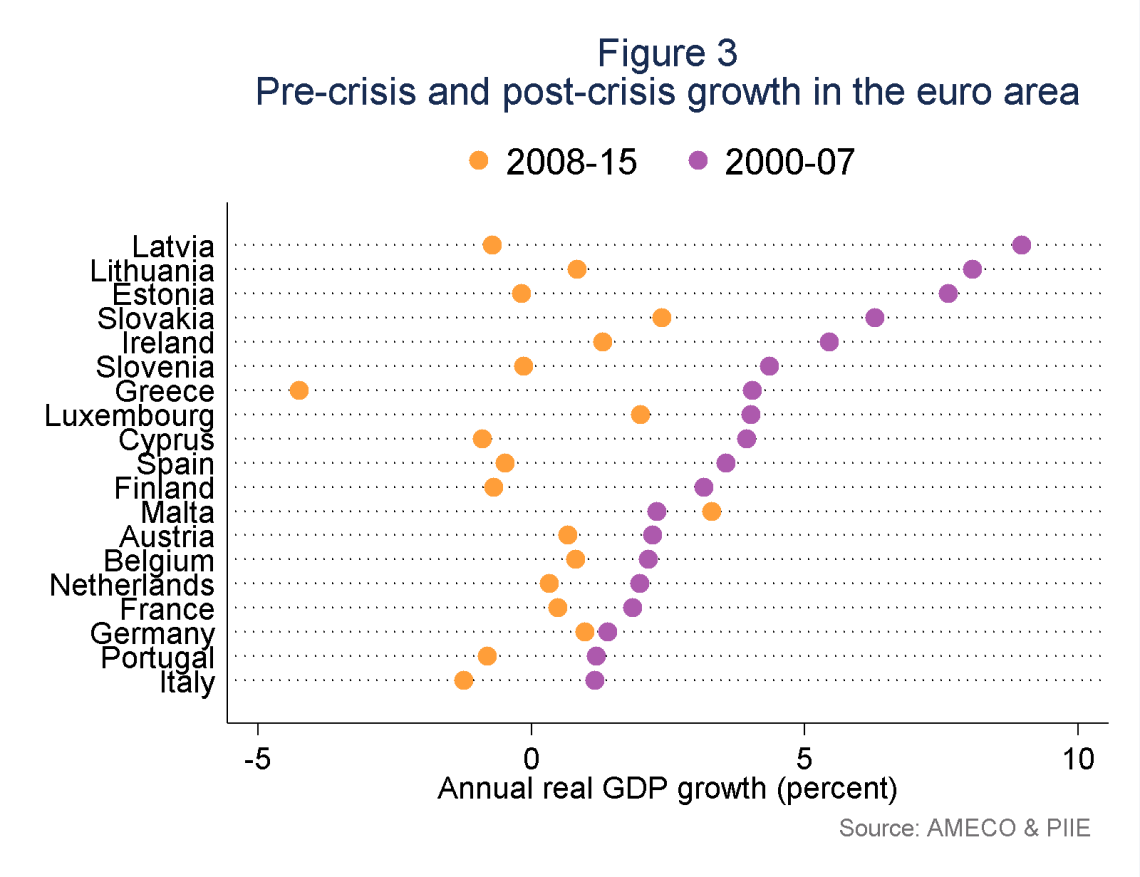 Economists allude to various factors to explain why Europe’s recovery is only partial: high levels of public and private debt, rigid labor markets, demographic headwinds, structural barriers to knowledge diffusion, a lack of trust, (premature) austerity, inefficient education systems (specifically in southern Europe), and low investment (possibly driven by uncertainty about the future shape of the European Union), which contributes to a “low growth trap.” These problems do not plague all countries in the region, but dynamism is rare, and the growth-enhancing features of the current environment (low oil prices, accommodative monetary policy) cannot be taken for granted. The financial crisis and the recession associated with it has left deep wounds even in some of the world’s most advanced economies, and the number of accumulating challenges and risks is uncomfortably high. The latest data and reports that “growth is back” should be understood in this broader context.

How Worrying Is the Recent Downgrading of German Growth Forecasts?