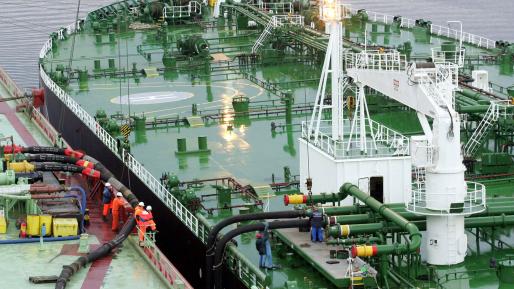 Leaders of the European Union and the United Kingdom agreed last week to seek a ban on all insurance for tankers that carry Russian oil anywhere in the world. Doing so might sound like a logical next step in tightening sanctions against Russia. But it is not.

It is important to reduce substantially the price that Russia receives for its oil, thus shrinking its oil revenues. An oil embargo by the United States and the European Union, forcing Russia to find alternative routes and buyers, and financial and economic sanctions that make it costly for shippers to handle seaborne Russian oil cargoes are key ways of doing this. But it is also important to allow Russia to sell its oil—albeit at deeply discounted prices—so that global supply and the world market price remain largely unchanged. In that way, Russia suffers, while Europe and the United States do not.

If insurance on tankers carrying Russian oil is banned, oil tankers will simply not be able to carry Russian oil at all. The reason is that they are typically leveraged, and their creditors require that they be insured. Thus, the result will be a—potentially large—decrease in Russian oil exports. Yes, Russia will suffer a loss of revenues, but Europe and the United States will likely suffer from a substantial increase in world oil prices.

How large might this increase in prices be? This depends on how much oil Russia can still sell, how the other producers react, whether the Organization of the Petroleum Exporting Countries (OPEC) is willing to increase production sufficiently. Looking at the major episodes of oil supply cuts in the past 50 years, a 1 percent cut in global supply led to increases in world prices of 7 to 10 percent. Russian exports account for about 8 percent of world petroleum production. If they were reduced to, say, 5 percent, this ratio would suggest an increase in the world oil price of 21 to 30 percent, a substantial and costly increase.

The United Kingdom and the European Union are still working out details of the insurance ban and seeking to secure support from all EU members. According to news reports, the ban would be phased in over six months, giving Russia time to try to find alternative insurance vehicles. Even so, European planners should rethink this step. Why inflict that loss on Europe and the United States when it can be avoided? The policy aim should be to make it very expensive to handle Russian oil cargoes, but not prohibitively so.