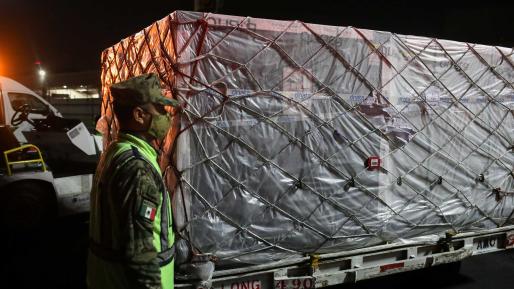 Current vaccine proposals are not enough to end the pandemic

The International Monetary Fund (IMF) has recently called for an accelerated global effort to distribute vaccines to end the COVID-19 pandemic. That step is most welcome because, as highlighted here and here, past official statements by world leaders have fallen short of delivering specific policies to reach desperate populations, particularly in low- and middle-income countries. The IMF was also right to recognize that the cost of containing the COVID-19 pandemic is far less than the overall benefits for the global economy of full vaccine coverage. But the IMF could have gone further by recognizing that the inefficient vaccine allocation rules currently in place must be replaced by new cooperative institutional structures and more concrete steps by the Group of Twenty (G20) countries.

The IMF is approaching the problem too narrowly. It strongly supports vaccine donations and distribution to be carried out solely through the COVAX facility. COVAX is one of three pillars of the initiative known as the Access to COVID-19 Tools (ACT) Accelerator, which was launched in April 2020 at an event cohosted by the World Health Organization (WHO), the European Commission, President of France, and the Bill and Melinda Gates Foundation in response to this pandemic.[1] While the first two pillars of the ACT Accelerator are focused on equitable access to COVID-19 diagnostics and treatments, COVAX was created to facilitate equitable access to vaccines. But as helpful as COVAX has been, its model of approaching the problem provided a good baseline but has become out of date. Since its creation last year, vaccines have become more available but distribution and other problems have become more apparent.

COVAX provided a good baseline model for expected public health needs and for establishing priorities—setting targets such as vaccinating as quickly as possible about 20 percent of each country’s population was seen to ensure that health care workers and those at greatest risk would be immunized early on during vaccination campaigns across the globe. The facility, however, suffers from two major flaws. On the one hand, it primarily allocates vaccines in proportion to population sizes, which is not the best public health metric.[2] On the other hand, it does not consider countries’ capacities to roll out massive immunization campaigns.

Setting vaccine distribution goals on the basis of population size disregards the complexity of the problem—namely, that countries are at very different stages of the pandemic, with some suffering horrific losses and health system collapses due to new viral variants, lack of adequate public health measures, and inadequate social adherence to these measures, while others face far less daunting scenarios. Much has been said about the lack of vaccines in many African countries, some of which have not been able to vaccinate even their health care workers. But as precarious as this problem is for these countries, they are not currently experiencing the extremely aggressive outbreaks seen in India, Nepal, Brazil, and many other Latin American countries. These cases lay bare the shortcomings of distributing vaccines on the basis of a population yardstick: The metric fails to capture the severity of the underlying public health problems facing different nations.

Vaccine allocation, whether done through COVAX or directly, as the European Union and the United States have recently pledged to provide for, should be based on public health metrics such as:

Abiding by these and other metrics for vaccine allocation would ensure that vaccines go to countries that have the greatest immediate need, as would be desirable during a pandemic or any public health emergency.

Additionally, vaccine allocation also needs to take into account the capacity that countries have to distribute them internally. Recently, Malawi burned 20,000 doses of the Oxford/AstraZeneca vaccine only 18 days after receiving them due to the risk of expiration. South Sudan has just announced that the government will send back to COVAX 72,000 doses of the Oxford/AstraZeneca vaccine, again because of the risk of expiration. While these events are associated with increased vaccine hesitancy following rare blood clotting events associated with the Oxford/AstraZeneca vaccine, it is also the case that many countries in Africa, as well as in other regions, lack the resources to mount effective vaccination campaigns. Without the necessary funding for these campaigns, donation of doses is not only insufficient but also a waste of life-saving vaccine doses, as the cases of Malawi and South Sudan illustrate.

Vaccine allocation efforts need to be guided by both equity and efficiency principles. By focusing chiefly on equity, COVAX and other initiatives are currently failing at delivering vaccine doses to address public health emergencies around the globe. Moreover, the excessive focus on equitable distribution leaves out the capacities and resources that countries have for mounting mass vaccination campaigns. Improving upon the existing structure requires concrete steps in global cooperation including an agreement on the public health guidelines and metrics for vaccine distribution, actual donations of doses according to these guidelines in lieu of open-ended commitments or pledges to donate surplus doses, and mechanisms to ensure that vaccine supply chains can operate smoothly. Designing this structure should be the main objective of the G20 in the coming months both to fight the current pandemic and to prepare for future ones.

1 . A fourth pillar is Health Systems, which is underfunded and narrow in scope.

2. COVAX does include provisions for countries that may be most in need, potentially circumventing the population metric, but allocations thus far have followed the latter.

3. The attack rate is also influenced by behavior, i.e., if people become more complacent toward precautionary measures compared with what they had been doing previously.