China and India: Who Will Win the Growth Competition?

India's economic promise is at the forefront of public interest, with President Obama's visit a few days ago. Will India's economy finally grow faster than China's? According to the January 2015 update of the International Monetary Fund's World Economic Outlook, the growth rate of India's real GDP will overtake China's in 2016, sooner than previously projected. This stems from a downward revision to China's growth. 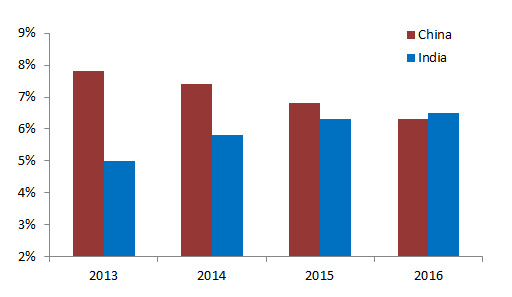 However, according to UN projections, the growth rate of China's population will remain about half of India's. Taking this into consideration, per capita growth in India will remain lower than China's in 2016 and for a few years still. Thus, by this metric, China's inhabitants will see their welfare improve faster than India's, on average, at least for another few years. 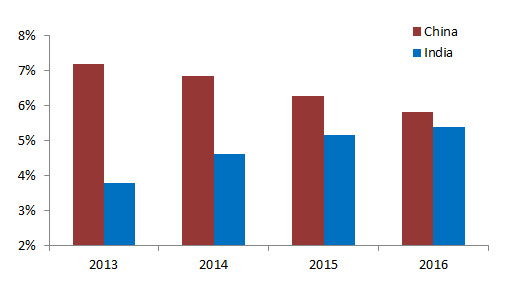 India: To Be or Wannabe a Superpower?