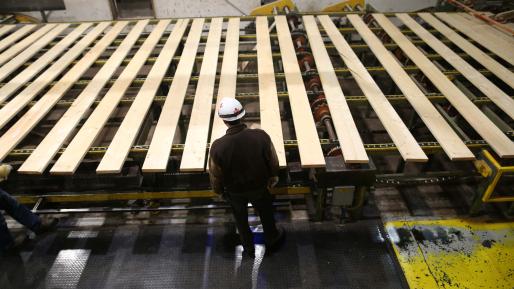 Can liberalizing trade reduce US CPI inflation? Insights from an economywide analysis

The authors are grateful to Yilin Wang for research assistance in accessing Harmonized System tariff data.

Tariffs raise the prices of imports in domestic markets. In theory, reducing tariffs should therefore reduce prices. At a time of mounting public concern over US inflation, the empirical question is how much would removal of tariffs imposed in the trade wars of the last five years reduce prices or slow inflation. Prices in the United States have increased over the past two years due to a complex mix of transitory shocks in various markets for goods and services and macroeconomic forces leading to excess aggregate demand. Dealing with the transitory shocks requires policies that focus on commodity markets. In this environment, trade policy, which directly affects commodity prices, can play a role in reducing inflation.

The results of a trade-focused simulation model of the global economy show that if the United States and China eliminated their trade war tariffs and the United States eliminated tariffs on steel and aluminum from all countries and softwood lumber from Canada, consumer price index (CPI) inflation in the United States would decline by 1.3 percentage points from its base level. The price changes would be one-off events, with tariff removal reducing prices only in the year in which they were removed. Inflation is a dynamic process, with aggregate demand exceeding supply over an extended period, causing the rate of change of prices to increase. Although removing tariffs would not address macroeconomic issues related to continuing or accelerating excess demand, it could provide a temporary downward shock to prices that might help dampen inflationary expectations.[1]

How do tariffs affect domestic prices?

Second, tariffs on imported intermediate inputs increase the costs in sectors that use those inputs, with the increases cascading through supply chains and reverberating across the economy. These indirect linkages mean that tariffs hurt all sectors that directly and/or indirectly use imported inputs. For example, tariffs on steel protect the steel industry but adversely affect all users of steel. Removing steel tariffs reduces costs and prices in all industries that directly and indirectly use steel.

Third, if they are extensive, tariff changes can affect prices through general equilibrium feedback effects. The imposition of a tariff on a single import benefits domestic competitors of the import but has little or negligible impact on broad price indices. In contrast, the imposition of high tariffs on many imports (e.g., a Smoot-Hawley tariff regime) has general equilibrium effects that lead to increased prices of all nontraded goods relative to traded goods (an appreciation of the real exchange rate).[2] Such a tariff regime effectively taxes exports and imports, leading to decreases in both (see appendix for details).[3] In this case, the price impacts of tariff removal are pervasive, affecting the entire price system.

What do model simulations on the effects of tariff changes show?

To analyze the economywide effects of tariff changes, we use GLOBE, a multiregion, multisector computable general equilibrium (CGE) model that simulates the operation of the global economy.[4] We simulate the state of the global economy before and after the changes in tariffs (comparative static analysis). The results show that tariffs have a rapid, direct impact on the domestic prices of imports and indirect effects on other prices over the course of about a year.

We consider the direct and indirect effects of tariff changes on CPI inflation as a measure of price pass-through. We first remove the trade war, which includes US Section 232 tariffs on all trade partners, US Section 301 tariffs against China, US softwood lumber tariffs on wood products from Canada, and China's retaliatory tariffs against the United States.[5] In this scenario, the trade-weighted average tariff declines 2.5 percentage points, and CPI inflation declines by 1.3 percentage points (table 1).

We also consider a more extreme trade liberalization scenario, in which we eliminate the trade war and assume that the United States reduces all its tariffs by 50 percent. In this scenario, the trade-weighted average tariff declines by only an additional 0.3 percentage point, reflecting the very low level of US tariff protection before the trade war. Real imports increase when tariffs are removed. Real exports also increase, as the real exchange rate depreciates (table 1).

The "remove trade war tariffs" scenario applies primarily to US trade with China. During the trade war, the United States diverted trade away from China, dampening the impact of the tariff on domestic prices. The macroeconomic effects on the real exchange rate are present but small.

Ending the trade war and liberalizing trade would have a modest impact on aggregate prices. But there is active debate about increasing import protection in the United States. To get a sense of the sensitivity of the price level to widespread tariffs, we consider a scenario in which the trade war ends but the United States becomes generally more protectionist. This scenario is designed to get a sense of the potential magnitude of effects on prices of widespread changes in trade policy.

In this scenario, we increase all tariffs against all trade partners by 10 percentage points, making them much lower than during the trade war but applying them more widely.[6] The macroeconomic effects are larger, with the real exchange rate appreciating by 6.3 percent and CPI inflation increasing by 6.7 percentage points (table 1). Real imports decline, as expected, and real exports decline as well. A policy of broad-based protection swamps the price effects of ending the trade war.

The strength of the pass-through from tariffs to domestic prices depends on the importance of imports to consumption. Total imports account for 8.3 percent of total domestic demand, and exports account for 6.4 percent of gross output, with much sectoral variation (table 2).

These results indicate that trade policy can have significant effects on all prices in the domestic market, spreading out from the impacts on imported goods alone. The effects change the price level within a year but not thereafter and are independent of monetary policy.[7] In a period of changing inflation rates, with price increases caused by supply chain problems in many sectors, trade liberalization can put downward pressure on prices. Raising tariffs would add to inflation. Monetary authorities need to sort out the relative impacts of transitory shocks, including changes in trade policy, from longer-term dynamic trends in macroeconomic balances that are the focus of monetary policy.

The methodology used in this analysis is available here.

Cavallo, Alberto, Gita Gopinath, Brent Neiman, and Jenny Tang. 2021. Tariff Pass-Through at the Border and at the Store: Evidence from US Trade Policy. American Economic Review: Insights 3, no. 1: 19–34.

1. For example, US tariffs were almost entirely passed on to US firms and consumers, according to Amiti, Redding, and Weinstein (2019), Cavallo et al. (2021), and Fajgelbaum et al. (2021). Torsten (2021) finds a similar result for immediate price pass-through but also finds that the impact declined over time, as US retailers substituted away from Chinese products.

2. We assume that the trade balance in goods and services is held constant. The simulations therefore include no changes in foreign borrowing or lending. When the prices of domestic goods increase relative to the prices of traded goods, there is more incentive to import and less incentive to export. This change in relative prices is a real appreciation as defined in trade theory.

3. The fact that extensive import tariffs effectively tax exports is known as the Lerner effect. See Lerner (1936) and Costinot and Werning (2017).

6. Without the trade war tariffs, the trade-weighted average tariff for the United States is 1.8 percent; a 10 percentage point increase in US tariffs against all trade partners raises it to 11.8 percent.

7. We use a comparative static model for the analysis and do not include changes in expectations about inflation that might lead to a wage-price spiral.

For Inflation Relief, the United States Should Look to Trade Liberalization (Keynote Address at the Dallas Fed)

via Federal Reserve Bank of Dallas