What Chinese investment could mean for Pakistan

Last month, during his visit to Pakistan, Chinese president Xi Jinping announced a 46 billion dollar investment plan aimed at developing infrastructure in the country. This announcement represents an ambitious jump in Chinese involvement in the country, particularly considering the more gradual increase in Chinese FDI in Pakistan over the past decade (figure 1).  This also represents a much needed commitment to infrastructure spending in Pakistan, which loses 4-6 percent of its GDP per year due to insufficient infrastructure, according to the State Bank of Pakistan’s estimates. While the specifics of funding are not yet public, this investment plan differs from previous development assistance to the country because it will be in the form of loans and commercial investments rather than official assistance (though reportedly it will not be financed through The Silk Road Fund or AIIB).  If these projects are implemented, China can help Pakistan mitigate the losses associated with poor infrastructure, while also providing a new investment opportunity for Chinese companies.

There are three types of projects that stand out in this new investment plan.  First, China hopes to build a network of infrastructure connecting Kashgar in Xinjiang province to the Chinese-run Gwadar port on Pakistan’s coast.  The majority of funding is for energy based projects, with $15.5 billion of the spending is allotted to focus on energy investment in coal, wind, hydro and solar power, slated to come online as early as 2018.  A third project involves installation of a fiber optic cable to connect China and Pakistan to increase internet connectivity in the country.  This post looks at the potential gains for Pakistan if China’s newly proposed projects are implemented. 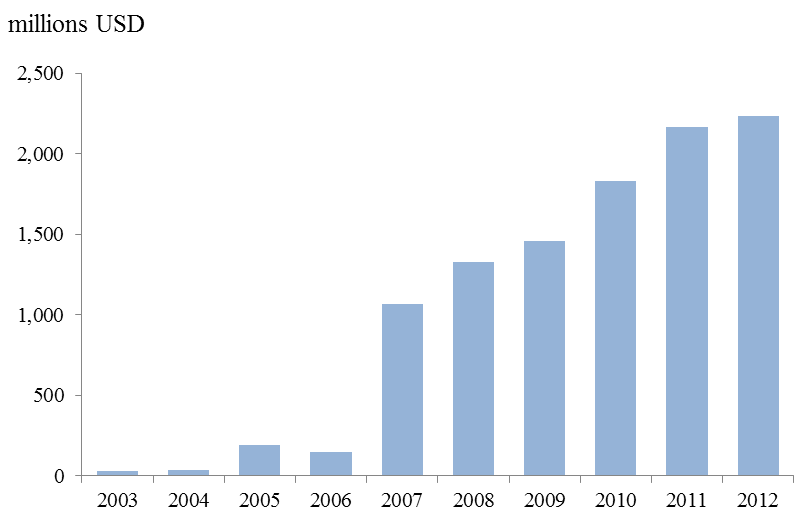 The planned construction of roads, pipelines and other infrastructure connecting Xinjiang Province to Pakistan over the next 20 years highlights the geological barriers to economic integration between the two countries. China and Pakistan are on opposite sides of the Himalaya mountain range and the single road connecting the two countries by land has been unpassable by motor vehicles since 2010.  This geographic obstacle is particularly apparent looking at provincial level trade data for Xinjiang province (since the province borders Pakistan it is likely these trade flows were the result of overland trade rather than maritime trade).  In 2013, Xinjiang’s total trade with each of its other neighbors (Tajikistan, Kyrgyzstan and Kazakhstan) was at least 10 times that of the trade with Pakistan (link in Chinese).  Additionally, the proposed route from China to the Gwadar port runs through the disputed Kashmir region, as well as other areas where instability may hinder construction.

The second part of Chinese investment has the most immediate practical impact for Pakistan’s economic development. In Pakistan, energy supply has not been able to meet demand since 2004, which has led to both frequent power outages for households and shrinking industrial output. The current government in Islamabad has made closing the gap a priority in its administration, which helps explain why this portion of Chinese investment has a shorter timeline than the trade routes or cable project.  Coal power represents the majority of this investment, but also includes plans for future wind, hydro and solar power plants.

The Asian Development Bank estimates that these long-term power shortages in Pakistan have cut growth by 2 percentage points annually in the overall economy. Power companies rely on government subsidies to cover production costs, which in turn constrain their ability to operate at full capacity. At the firm level, the losses due to power outages are concentrated in sales losses for small and medium size enterprises, since they are less likely to have alternative power sources.  Figure 2 uses the World Bank World Enterprise survey to compare the loss in sales due to electrical outages for Pakistani businesses in 2007 and 2013.  In all three cases, the losses have increased over time, but in 2013, small enterprises report an impact of almost 30 percent of their total sales. 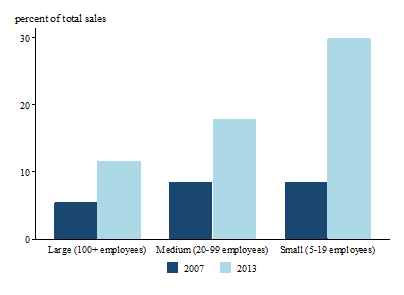 At the same time, coal is a highly polluting energy source that China itself has moved away from in recent months and in the long run Pakistan’s grid will benefit from increased connectivity to renewable sources.  Currently, hydropower accounts for roughly 30 percent of total electricity production, while there is no solar or wind power infrastructure in the country.  As wind and solar power take off in China, FDI from Chinese solar and wind firms could also benefit from further investment in renewable sectors in Pakistan.  However, since these sustainable sources of power have longer timelines than the coal-based projects, it is crucial that energy investment not lose momentum after the initial coal-based power projects. 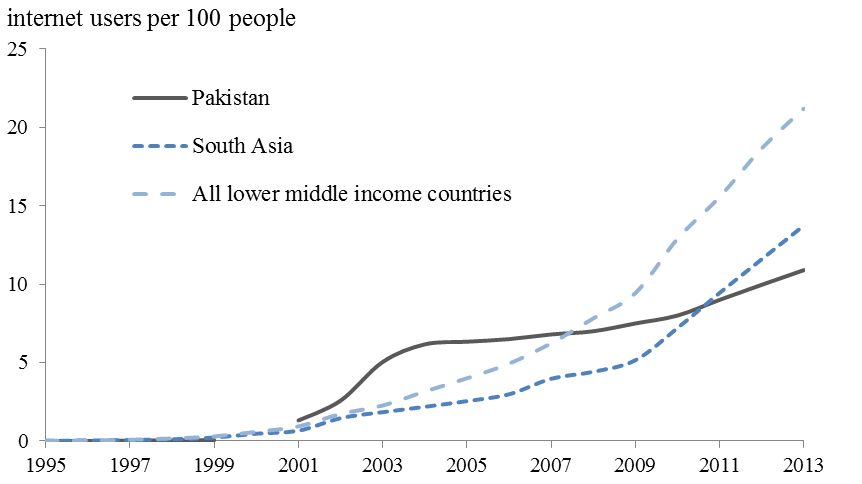 All three cases present investment opportunities that are targeted towards shortcomings in Pakistan’s current economy and could, if implemented, foster development in Pakistan by facilitating trade, increasing energy production capacity, and increasing access to the internet.  However, there are still hurdles to translate these promises into actual investment in Pakistan.   Some of the instability that the investment seeks to curtail may also derail the projects themselves. There are also concerns about funding being diverted before projects can be completed.  Up to this point, the Chinese investment strategy in Pakistan is the most ambitious piece of the larger Silk Road Economic Belt, and its success in developing infrastructure and connecting the two countries will set the stage for the future of the New Silk Road.