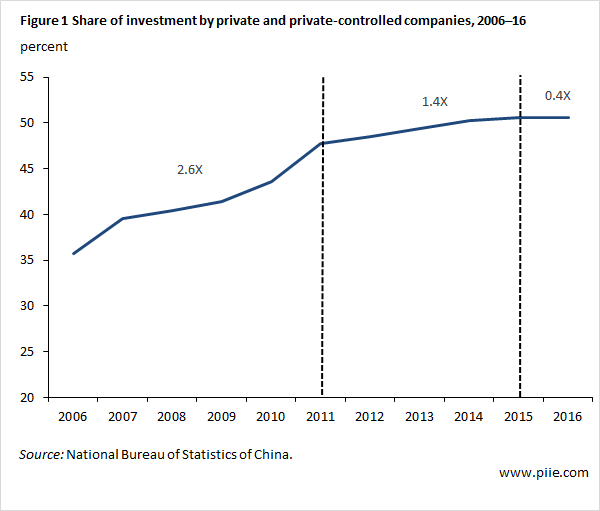 [1] A previous post similarly argues that private investment slowed in the first half of 2016, but not to a pace as low as the officially reported 2.8 percent. The 3.2 percent figure for 2016 reported by China’s statistical authorities is actually for a category called minjian, which the authorities translate as private. But minjian is a broader concept that includes not only private but also collective, cooperative, and a residual of “other.” In 2016 collective investment and “other” investment both fell sharply, with the result that the growth of minjian understates the growth of private investment.