The United Kingdom ran a merchandise trade deficit of $135 billion with the European Union in 2015. The value of UK goods exported to the European Union was $204 billion, and the United Kingdom purchased $339 billion in merchandise from the EU. The European Union is the UK’s top trading partner accounting for 50 percent of UK two-way merchandise trade with global markets. Within the EU-28, the UK’s top trading partners include Germany (26 percent of UK's total EU trade), Netherland (14 percent), France (12 percent), Belgium (9 percent), Ireland (8 percent). In 2015, the UK’s top exports to the EU included machinery and transport equipment, chemicals, and miscellaneous manufactured articles; top imports included machinery and transport equipment, chemicals, and food and live animals (figure 1). The UK’s only net exports to the EU were mineral fuels and commodities. 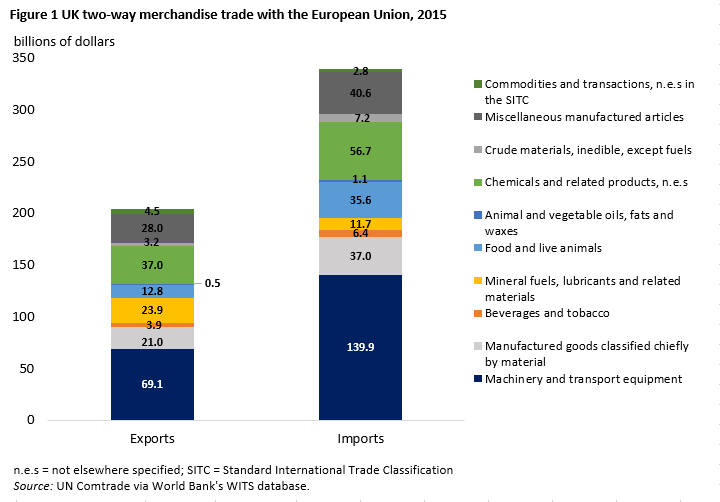 The United Kingdom continued to be a net exporter of services to the European Union in 2014. Total exports reached $134 billion and total imports were $106 billion, leading to a service surplus of $28 billion. Financial services accounted for a quarter of UK exports to the EU. The United Kingdom ran a notable trade surplus in financial services ($27 billion) followed by business services ($5 billion) and intellectual property related services ($4 billion), and a $17 billion trade deficit with the EU in travel (figure 2). 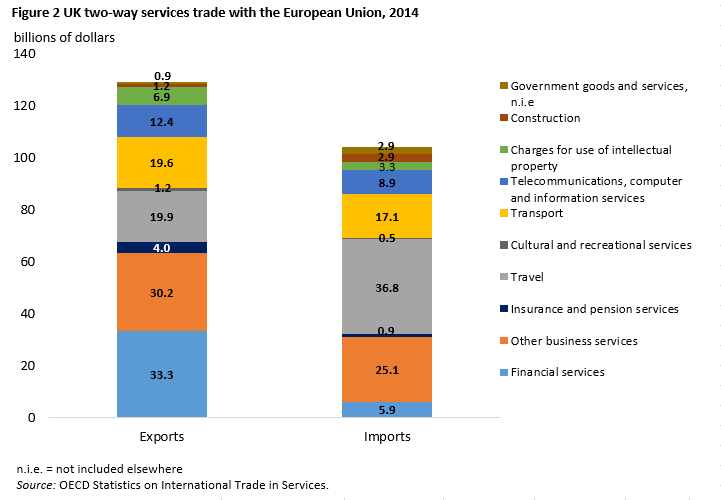 Not surprisingly, the European Union is both a major destination and an essential source of UK foreign direct investment (FDI). By 2014, the UK was a net receiver of direct investment from the EU. Total UK FDI stock in the European Union was valued at £404 billion (or $630 billion) in 2014, accounting for 40 percent of UK outward FDI stock to the world. Total EU FDI stock in the UK reached £496 billion (or $773 billion), accounting for almost half (48 percent) of total FDI stock in the United Kingdom. Financial services and information and communications dominated UK direct investment in the European Union, accounting for roughly half of UK companies’ total investment in the EU (figure 3). EU companies invested heavily in retail and wholesale trade (17 percent), mining and quarrying (14 percent), information and communications (10 percent), and financial services (10 percent) in the United Kingdom (figure 4). 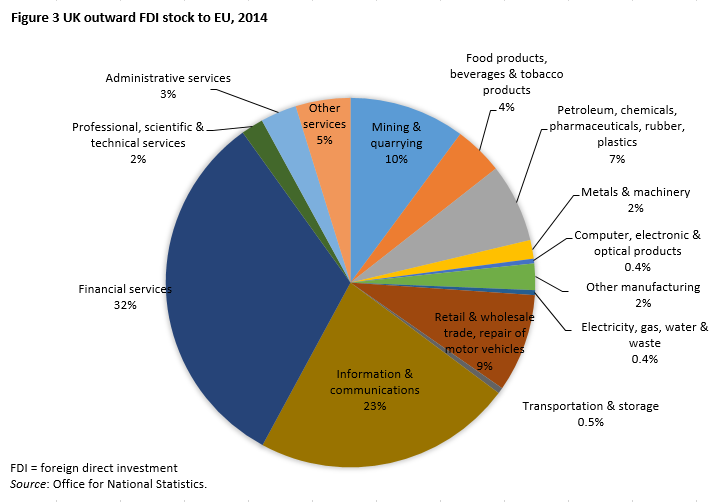 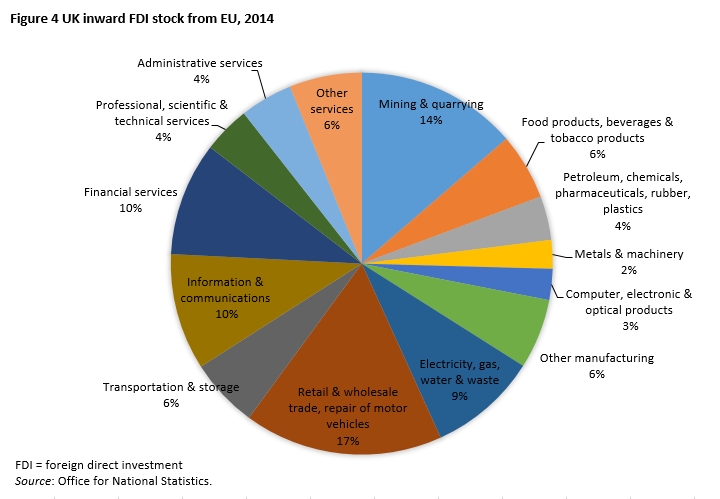