Some of the ways multinational companies reduce their tax bills

This PIIE chart is the first in our series on international tax reform. Read also How a global minimum tax would deter profit shifting and one way it would not and How an OECD tax proposal would reallocate international taxing rights more fairly.

Momentum is growing in support of a global minimum corporate tax rate to crack down on international firms diverting profits to low-tax countries to minimize their tax bills. Under a proposal backed by the Group of Seven (G7) countries, corporations would pay a minimum tax of at least 15 percent on a country-by-country basis—a much higher rate than some jurisdictions’ existing tax rates—aimed at reducing corporate incentives to shift profits to avoid taxes. The two figures below show how the current system for taxing multinational corporations was designed to work and two ways firms exploit loopholes to reduce their tax obligations.

The current system dates from a model developed at the League of Nations after World War I, which called for taxing companies in jurisdictions where they produce products and are headquartered. The governments of countries where inputs are made and products assembled may tax the profits during each stage of production. The country where the company is headquartered taxes the firm’s total profits. The market country, where the firm’s final product is sold, has no taxing rights except for sales taxes on consumers. Multinational firms are not required to pay taxes to the governments of countries where sales occur. Sales profits are instead taxed in the headquartered jurisdiction as part of the firm’s total profits (figure 1). 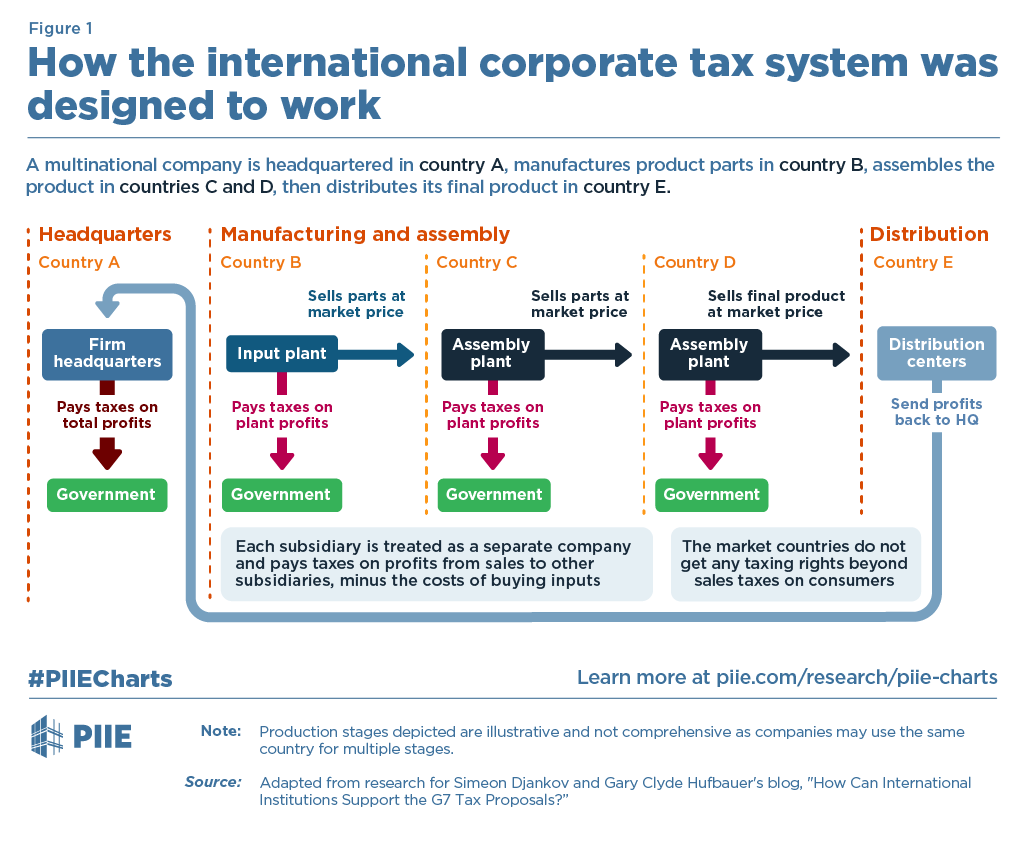 When a firm repatriates its profits back to its headquarters and calculates its taxes owed to the country of that headquarters, foreign tax credits and the territorial tax system allow it to exclude from its tax obligations those repatriated profits that were previously taxed in a foreign jurisdiction, including profits from assembly and input plants. Thus only profits not previously taxed in other jurisdictions are subject to taxation where the firm is headquartered.

The system is aimed at ensuring that each country in the supply chain receives its fair share of taxes, with the national entities of a multinational company taxed as though they are separate firms. A plant making car parts in the United States, for example, pays tax to the US government on the profit it makes from selling the finished parts internally to an assembly plant abroad, minus its costs.

To ensure fairness, each affiliate in the supply chain is supposed to charge other internal entities the same price for its products that they would find on the open market. 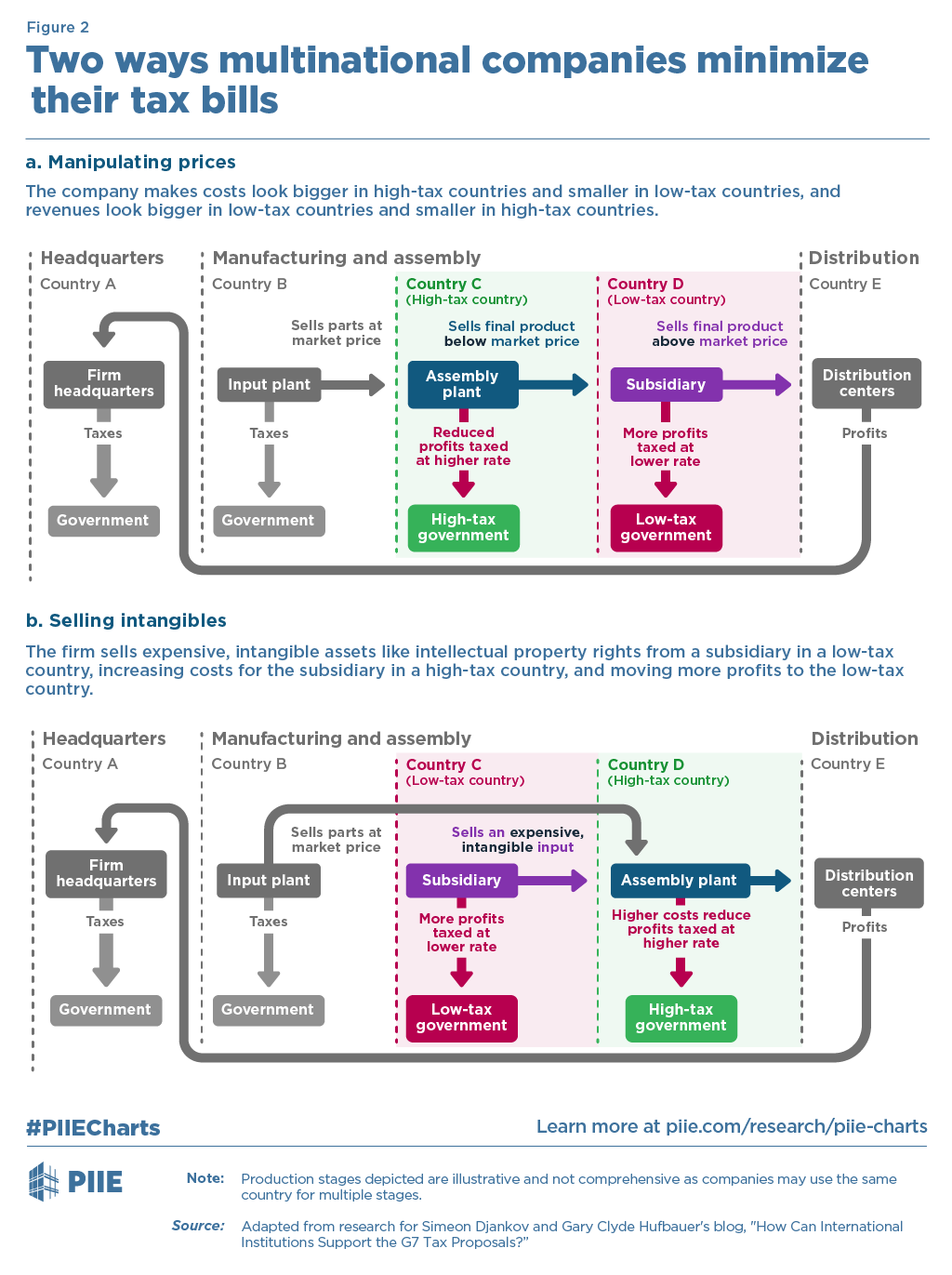 Tax authorities in many countries challenge this sort of manipulation, but the techniques are hard to discern or prove. Sales prices can be affected by the timing, volume, and period of warranty for the goods produced. Tax authorities often lack the resources to enforce regulations because of the difficulty of testing prices against the open market for every intracompany transaction.

Both methods of reducing taxes could be curbed by the introduction of a minimum corporate tax, but the G7 plans won’t cover all the tax avoidance strategies companies employ.

This PIIE Chart was developed as a supplement to Simeon Djankov and Gary Hufbauer’s blog How Can International Institutions Support the G7 Tax Proposals? For more information, listen to Soumaya Keynes and Chad P. Bown’s Trade Talks episode Multilateral tax cooperation gets one step closer.