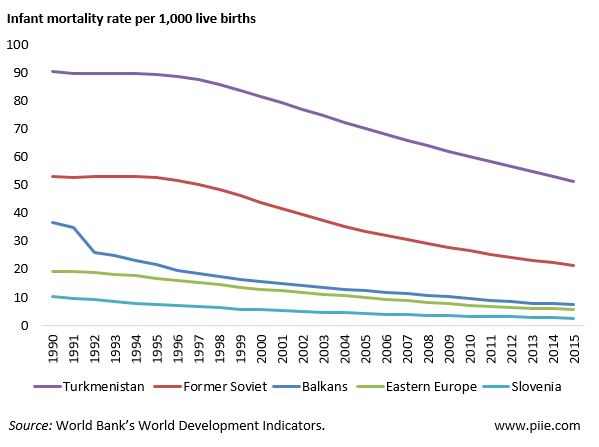 1. The Balkans group is comprised of Bosnia and Herzegovina, Kosovo, Macedonia, Montenegro, Serbia, and Albania. The Federal Republic of Yugoslavia is included in the Balkans group from 1989 until 2007, at which point it becomes separately Serbia and Montenegro. Former Sovietstates include Armenia, Azerbaijan, Belarus, Georgia, Kazakhstan, Kyrgyzstan, Moldova, Russia, Tajikistan, Turkmenistan, Ukraine, and Uzbekistan. Eastern Europe includes Croatia, Slovenia, Estonia, Latvia, Lithuania, Bulgaria, Romania, Poland, Hungary, Czechoslovakia (from 1989 to 1992) and separately Slovakia and the Czech Republic from 1992 to 2013.