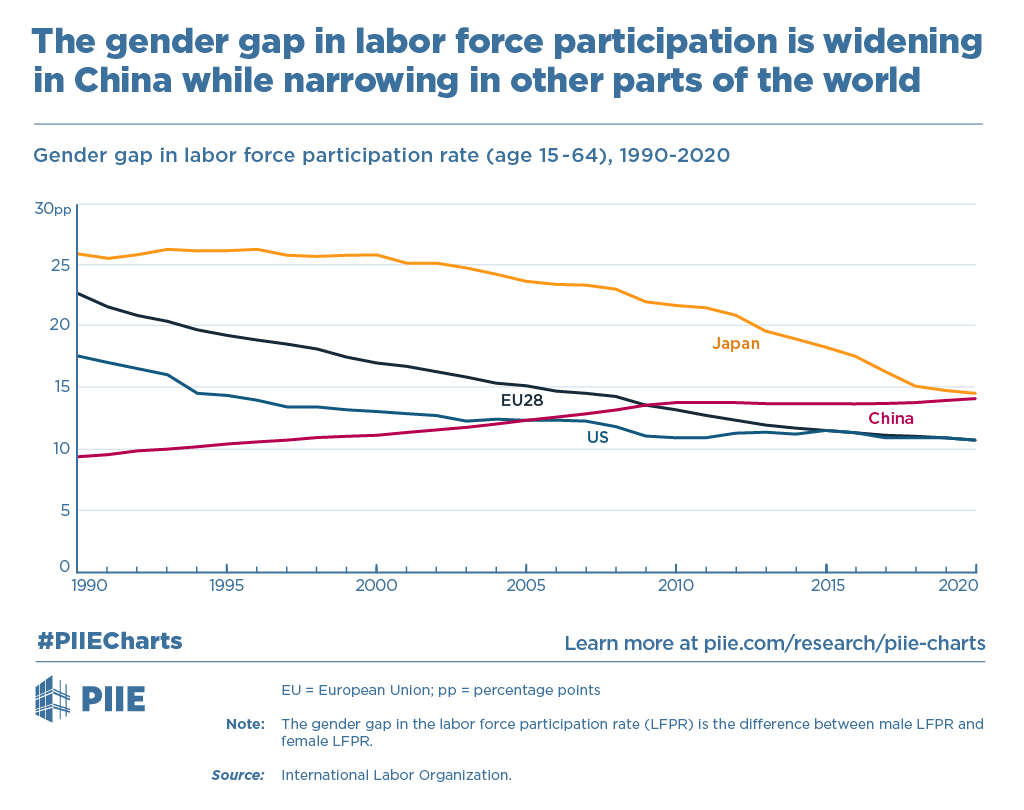 Since the 1990s, the gender gap in China’s labor force has widened. While other major economies have made progress on gender balance in the workforce, the gap between male and female labor force participation rates in China has increased to 14.1 percentage points in 2020.

Marketization led to a decline in state-funded childcare support for women in the workforce. The reduction in state childcare support has shifted childcare responsibilities onto mothers and grandmothers, pushing them out of the workforce. Gender-biased hiring practices are also on the rise. Greater policy intervention providing targeted support for women and more stringent enforcement of antidiscrimination laws are needed to reverse these trends and create a more gender-balanced workforce.