Thirteen years ago, the euro area exported €64 billion worth of goods to its neighbor Switzerland, 83 percent more than it exported to China. In 2008, China was still only the sixth largest recipient of goods made in the eurozone. By 2014, the landscape changed, with China buying €132 billion of goods, surpassing Russia, Poland, and Switzerland to become the euro area’s third most important trade partner. The United Kingdom and United States remain the largest importers of euro area goods. Between 2003 and 2014, the value of goods bought by China from the eurozone grew 276 percent. By contrast, UK and US purchases grew 31 and 43 percent respectively over the same time period. 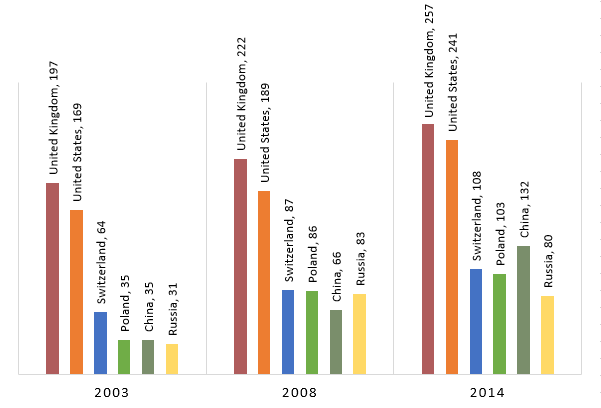 Note: 19 out of 28 EU member countries are in the eurozone.