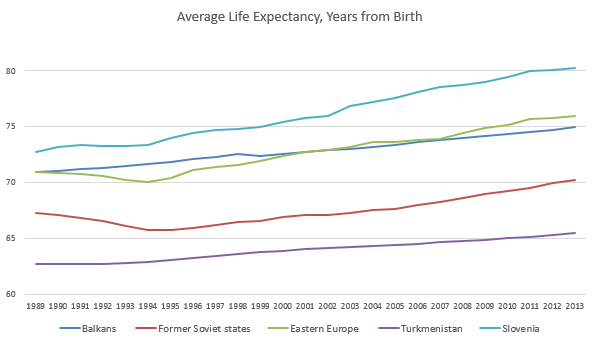 This chart, part of an upcoming study by Simeon Djankov and Owen Hauck, shows that former Soviet states continue to lag behind Eastern European and Balkan states in life expectancy.1 Turkmenistan, a former Soviet state, has the lowest life expectancy of the 29 countries that compose the three groups,2 at just over 64 years. Slovenia, a nation of just over 2 million on the Adriatic Sea (Eastern European group), has a life expectancy of 80 years, putting it ahead of the United States.

1. Data are from the World Bank's World Development Indicators.