Tomas Hellebrandt was a research fellow at the Peterson Institute for International Economics from January 2013 to September 2015. His research focuses on the impact of business behavior and governance on inequality as part of the Inclusive Capitalism Initiative. Other recent projects include effectiveness of fiscal policy, interaction of monetary and fiscal policies, and advanced warning indicators of asset price booms and busts. Prior to joining the Institute, he worked at the Bank of England, first as an analyst in the Monetary Assessment and Strategy Division and then as an economist in the External Monetary Policy Committee Unit.

He is coauthor of "The Economics and Estimation of Negative Equity," which appeared in the Bank of England's Quarterly Bulletin, and "Does monetary cooperation or confrontation lead to successful fiscal consolidation?" which was published in Banque de France's Financial Stability Review and also as Peterson Institute Policy Brief 12-8. He has coauthored two reports on the NMG Research survey (for the Bank of England) on household financial conditions in 2008 and 2009. He is the author of a blog on eTrend.sk, a Slovak online business magazine, where he writes about economic and social issues. He earned a bachelor's degree in philosophy, politics, and economics from the University of Oxford and a master's degree in economics from the London School of Economics.

World on the Move: The Changing Global Income Distribution and Its Implications for Consumption Patterns and Public Policies 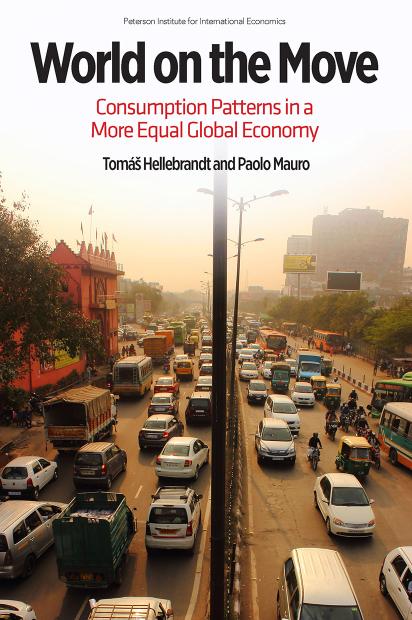