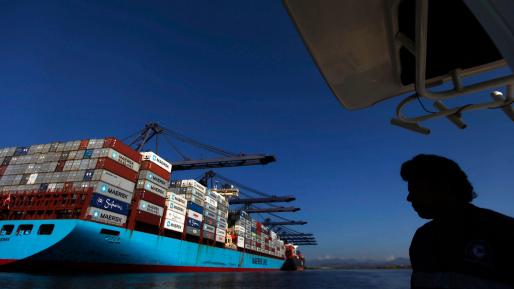 Testimony before the House Committee on Foreign Affairs Subcommittee on Europe, Energy, the Environment and Cyber

Thank you for the invitation, it is a pleasure to testify in front of you again. Today I will briefly describe early lessons from my research on transatlantic policy and cooperation impacting three critical, but very different, supply chains now in flux: COVID-19 vaccines, semiconductors, and personal protective equipment.

COVID-19 vaccine manufacturing supply chains are an incredibly important example for transatlantic cooperation. The speed of scientific advancement and the manufacturing supply chains that emerged across the Atlantic – especially for Pfizer-BioNTech, Moderna, and Johnson & Johnson – were extraordinary.[1] Pfizer's vaccine would not exist without the BioNTech invention in Germany. The Johnson & Johnson vaccine was co-developed at a Janssen lab in the Netherlands, and its Leiden plant provided much of the drug substance for the U.S. market in 2021. Moderna's mRNA vaccine in use across Europe is being bottled in France and Spain, after its drug substance is manufactured at a plant in Switzerland.

Policy played a sizable role at incentivizing rapid vaccine research, development, and manufacturing, but it also could have done better.[2] While Europe relied mostly on advance purchase agreements, the United States used Operation Warp Speed and the Defense Production Act. Washington allocated more funding to scale up manufacturing at risk and over the entire vaccine manufacturing supply chain, including some critical raw materials and equipment.[3] Despite the U.S. subsidies, many key inputs have been in scarce supply in the United States, Europe and globally. The Defense Production Act gave U.S. policymakers some visibility into those supply chains to help ration inputs to plants manufacturing priority vaccines in the United States, but they lacked visibility into supply chains in Europe and elsewhere. This created needless policy conflict, including initial accusations – subsequently refuted with data – that the U.S. had imposed an "export embargo" on vaccine inputs.[4]

Additional transparency, information sharing, and cooperation with key partners was needed to secure these supply chains and better ration inputs in short supply.[5] The U.S. and EU began cooperating informally in early March 2021 to resolve vaccine supply chain bottlenecks,[6] though their joint task force was only formalized in September.  That positive effort should be deepened and lessons shared with other transatlantic supply chain resilience initiatives.

Nevertheless, both the U.S. and EU engaged in "vaccine nationalism," as expected.[7] Each failed to export enough final finished doses of vaccines quickly, to build on and support COVAX, and to follow global public health objectives by prioritizing health care workers and the most vulnerable populations globally, to reduce the likelihood of emergence of variants.

Semiconductors are the ubiquitous chips used as inputs in most everything. Semiconductor supply chains have been under scrutiny lately because demand has spiked. With too few chips, the automotive sector and others have been forced to cut production of their goods.

Semiconductor supply chains were under stress well before the pandemic. Beginning in 2018, the U.S. administration imposed 25% tariffs under Section 301 of the Trade Act of 1974; imports from China fell by billions of chips per year. The administration then imposed unilateral and extra-territorial export controls on semiconductors as well as semiconductor manufacturing equipment to certain Chinese firms for national security and related reasons; this triggered hoarding and other market disruptions.[8] These policies mostly remain unchanged today.

At the moment, the U.S. Congress is considering legislation – e.g., the CHIPS Act and FABS Act – that could result in tens of billions of dollars of subsidies to the industry. Europe is considering a potential European Chips Act. In the U.S. legislation, the exact funding is not yet settled. Some subsidies may be one-off incentives to locate or expand production facilities in the United States, potentially offered on a nondiscriminatory basis to both American- and foreign-headquartered firms.  Some could be investment tax credits to fund R&D. But some subsidies may be tied to production of "legacy" – or older node – chips that are critical for sectors like autos; such funding may be needed in perpetuity if those semiconductors cannot be manufactured profitably in the United States or in another trusted supplier country. Yet, recent reports suggest carmakers and semiconductor manufacturers may be making strategic arrangements and contracting to fix the problem on their own, without subsidies.[9]

These types of legislation could be an unprecedented foray into industrial policy for both the United States and EU. One concern is the difference between the lightning speed at which the industry operates and technology evolves, and the much slower speed with which governments change policy. Policymakers also lack access to detailed data on what is produced where and by whom, as well as real-time demand information revealing which automobile, medical device, consumer electronics or other company is running short on chips at any moment in time.

To reduce the chance of policy failure, the U.S. and EU should cooperate on a semiconductor supply chain resilience policy, including through the new Trade and Technology Council.[10] That means coordinating on export controls – so the United States is not imposing them unilaterally – as well as on any subsidies to highlight R&D and to ensure diversification across nodes, suppliers and locations, and to reduce the chance of a subsidy war. However, I also worry about the U.S. and EU suddenly giving up the fight against other countries' semiconductor subsidies.[11] Both are naïve to think places like Taiwan, South Korea, Japan, and of course China would not respond with additional government support. A result could be global overcapacity, allegations of dumping, tariffs, and market segmentation.

Personal protective equipment is a third critical supply chain. Both the U.S. and Europe experienced PPE shortages early in the pandemic and imposed export control policies. Furthermore, the United States also eventually allocated over $1 billion of subsidies to expand capacity across its domestic PPE supply chain, not just for products like surgical masks and gloves, but also critical inputs like fibers, rubbers and filters needed to manufacture them.[12]

A domestic PPE industry in the United States has emerged. Many companies that did not receive government support also responded to price signals by entering the market. However, as the pandemic recedes and prices eventually fall, some of the U.S. industry may find it difficult to compete with lower cost imports, primarily located in China. Yet, the early days of the pandemic revealed an excessive global concentration of residual supply in China. (China's export expansion beginning in April 2020 eventually saved many lives globally; unfortunately its export shortfall during the pandemic's early days like cost lives.) Cooperating over PPE supply chains provides another opportunity for the United States and Europe to encourage diversification, as well as potentially on procurement, inventory management and stockpiling, as well as regulatory policy.

Finally, the experiences of semiconductors, COVID-19 vaccines and PPE all argue strongly against purely domestic supply chains and autarky. For semiconductors, the February 2021 winter storm in Texas knocked NXP and Infineon – two major chip providers to the auto industry – offline. For COVID-19 vaccines, in the early days of production, BioNTech's German plants were getting bags of filtered mRNA from Pfizer's plant in Massachusetts. And again, when the Emergent BioSolutions plant in Maryland was shut down for four months in 2021 for quality control problems, transatlantic trade meant that Americans got access to drug substance for the Johnson & Johnson vaccine from a Dutch plant.

Trade in these sectors has been critical throughout the pandemic. Seemingly no one has been spared the need to lock down at some point, and there have been numerous other unexpected challenges brought on by weather, fire, or other unforeseen events. Policymakers must resist calls for excessive concentration of production domestically, which could create even more vulnerabilities.

Supply chain resilience thus means additional transparency, inventory management, and diversified sourcing with trusted partners, as well as a commitment to quickly engage and cooperate on policy when an emergency strikes, especially to expand production.

Transatlantic supply chain resilience policy is still a work in progress, but the signs of cooperation with the European Union – especially through the TTC – are there to ensure we do it better in the future.

Thank you, and I am happy to take any questions.

See Chad P. Bown. and Chris Rogers. 2021. The US did not ban exports of vaccine supplies. But more help is needed, PIIE Trade and Investment Policy Watch, June 7.