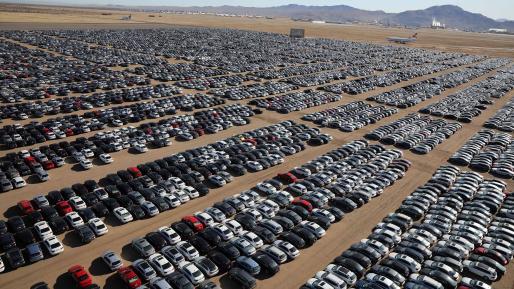 *Note: The views and opinions expressed in this paper are those of the authors and do not necessarily reflect the official policy or position of the US Naval Academy.

President Trump is reportedly considering raising US duties to 25 percent on all imports of automobiles—including SUVs, vans, and trucks—and auto parts, invoking the same national security law recently used to impose tariffs on steel and aluminum. A new PIIE analysis shows that if he did this, production in these industries would fall 1.5 percent and cause 195,000 US workers to lose their jobs over a 1- to 3-year period or possibly longer. The US auto and parts industries would shed 1.9 percent of their labor force.1 The analysis assumes there would be no exemptions for any country (or even for North American Free Trade Agreement [NAFTA] partners, as in the steel and aluminum cases). The potential trade action would affect more than $200 billion in US imports.

If other countries retaliate in-kind with tariffs on the same products, production would fall 4 percent, 624,000 US jobs would be lost, and 5 percent of the workforce in the auto and parts industries would be displaced (table 1). This second scenario would also hurt US exports of these products more than imports. The aggregate effects on the US economy in either scenario would be small.

The Department of Commerce initiated a national security investigation on auto and parts products on May 23. Findings and recommendations are due by mid-February 2019 but could be issued much sooner.

Both scenarios demonstrate how reliant the domestic industries are on imported parts, or intermediate inputs, that are not produced in the United States or that have no easy US-made substitute. Tariffs would raise the cost of these parts and domestic production, which makes products more expensive to consumers and lowers demand for them in the United States and abroad. Consumers could expect to see prices rise for both imported and domestically produced vehicles. Companies would have to decide how much of the additional costs should be passed along to consumers or if they will reduce profits and absorb additional costs.

It is possible that some automakers may shift production locations to the United States to avoid tariffs. However, such relocation decisions would have to factor in the costs of broken supply chains, investment uncertainties in light of the administration's trade policies thus far, and less demand for products due to higher prices.

The proposed auto tariffs would cover at minimum $208 billion of imports, not including auto parts (table 2). This figure surpasses all of Trump's previous tariffs combined, including those that have already been imposed, still under consideration, and temporarily exempted for certain countries.

How much would the tariffs hit imports?

Current US tariff rates on cars are 2.5 percent and on trucks 25 percent. So the proposed additional auto tariff would affect the full $183.8 billion of car imports and $24.2 billion dollars of truck imports—the amount that comes from Canada and Mexico, since those rates are currently zero under NAFTA—totaling $208 billion. These figures understate the total amount that would be covered since they do not include auto parts.

How much are US exports vulnerable to losses?

Exports of US vehicles and parts may suffer if trading partners retaliate against these products or if increased production costs make American-made cars more expensive for consumers abroad. In 2017, the United States exported $51.1 billion of passenger cars, SUVs, and minivans primarily to Canada, China, and the European Union (table 5). Truck exports of $15.1 billion went almost entirely to Canada (table 6).

What is the national security trade law?

Trump is the first president to impose tariffs under Section 232, with steel and aluminum. This auto case is the 17th investigation conducted by the Commerce Department since it was granted authority to conduct investigations in 1980. In most cases, Commerce either concluded there was no national security threat or the president decided not to take any trade action. For the proposed auto tariffs, nearly 98 percent of the targeted car and truck imports by value would hit key US allies: the European Union, Canada, Japan, Mexico, and South Korea.

The analysis of the effects of the tariffs uses a multi-sector, multi-country, global computable general equilibrium (CGE) simulation model, called GLOBE, designed to describe the economywide effects of policy changes. The model is in the tradition of trade-focused CGE models using the world data set maintained by the Global Trade and Analysis Project (GTAP) at Purdue University. The model used in this analysis includes 13 countries and regions, 42 sectors, 5 labor categories, and 3 other factors of production (land, capital, and natural resources). The data are for version 8 of the GTAP database, with employment data updated to 2017 using ILOSTAT employment data.

The model incorporates the production linkages between sectors through intermediate input use and through factor markets. Following a policy shock, the model solves for new market equilibrium production, trade, demand, prices, and wages that "clear" all markets. The model explicitly simulates how changes in tariffs affect incentives to producers and consumers, working through the price system. For short-run scenarios (shock effects in 2 to 3 years), we assume that capital stocks in all sectors are fixed and that there can be unemployment of unskilled labor. We also assume that the balance of trade is fixed in each region, so there is no macroeconomic feedback from trade policy to the trade or current account balance (i.e. there is no additional borrowing from abroad).

For a detailed description of the GLOBE model, including equations, see McDonald, Thierfelder, and Robinson (2007) and McDonald and Thierfelder (2016).

1. The 195,000 and 624,000 figures are how many workers would become unemployed in the national economy because of macroeconomic adjustment to the shock. The percent change of employment in the auto and part industries are displaced workers who may find other jobs or be unemployed—the economic model cannot tell which.

Next Up in the Trade Wars: Autos