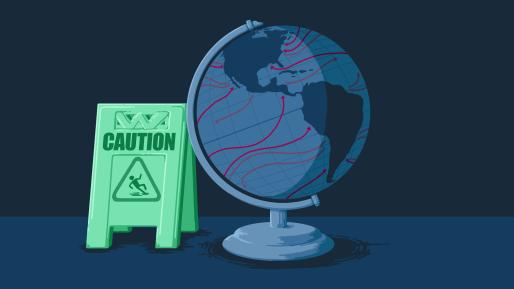 Elizabeth Warren's Approach to Trade Is Inclusive, Green, and Ineffective

Editor’s Note: We will examine detailed trade proposals by other presidential candidates after they are released.

If Senator Elizabeth Warren’s policies on trade have a familiar ring, it may be because they echo the unlikely alliance of economic nationalist, labor, and environmental interests championed by previous presidential candidates Patrick Buchanan, Ross Perot, and Ralph Nader, vintage 1993, in opposition to the North American Free Trade Agreement (NAFTA). A majority of Democrats in Congress also voted against NAFTA.

Casting a wide net to attract core Democrats long skeptical about US trade policy, Senator Warren charges that past trade deals catered to multinational corporations and hurt US workers. Her trade manifesto, issued on July 29, 2019, pledges to reverse these priorities. Some of what Warren wants, such as changing the composition of trade advisory committees to increase accountability and strengthen the role of consumer, labor, and environmental groups, are worth considering.[1] But unfortunately, much of her proposals echo the ill-advised policies of the Trump administration as well as other bad ideas embraced by many Democrats.

Here is a breakdown of the key problems with Warren’s trade agenda.

1. Warren’s policies would make it harder to use trade negotiations to advance US objectives.

Like President Trump, Senator Warren would revise existing free trade pacts and World Trade Organization (WTO) rules. She sets nine criteria that countries must meet to be eligible for trade talks with the United States, including adherence to core labor and human rights standards, elimination of fossil fuel subsidies, and reducing global warming. Few countries, rich or poor, could pass that test.[2] Her criteria preclude pacts with China, Russia, and Saudi Arabia for human rights abuses and other reasons, and with China, Germany, Ireland, Italy, Japan, Korea, Malaysia, Singapore, and Vietnam because their currency practices are on the US Treasury watch list.

In addition, Warren would like changes in WTO rules to allow penalty duties to be imposed on imports from countries that maintain “systematically poor labor and environmental practices.” Defining what that means will challenge the most creative trade negotiator; talks are likely to go nowhere. Moreover, Congress could decide to enact changes in US law to authorize new import restrictions even if WTO rules are not changed, much like it is considering on currency manipulation. The danger here is that other countries might emulate the US action and apply penalties against US exporters because of relatively weak US auto emission standards or anti-union right-to-work laws.

Warren’s trade plan, charging that US trade policy is formulated and negotiated in secret, with special access for corporate lobbyists, misrepresents both the trade advisory process and fast-track procedures used to ratify trade agreements since 1975. The secrecy charge is a canard. Congress sets the trade negotiating objectives that the United States Trade Representative (USTR) needs to pursue in trade talks and requires USTR to hold public hearings in advance of each negotiation. During the talks, US proposals follow a standard template, basically language copied from the most recent US trade pacts.[3] While the drafts are “secret,” the contents are well known.

Warren’s charge that Congress must vote up or down on a trade agreement, with no ability to make changes, misreads history. Almost every agreement brought to Congress has been modified after the deal was signed and before the president submitted implementing legislation under fast-track procedures requiring an up-or-down vote. Moreover, if the president tables legislation without the approval of the speaker of the House, fast-track procedures can be withdrawn by changing House rules, as Speaker Nancy Pelosi did in 2008 on implementing legislation for the US-Colombia Free Trade Agreement.[4]

Warren’s plan makes more sense in calling for: greater public review of negotiating drafts throughout the negotiations (akin to what is now done in Europe); new advisory committees to cover the interests of consumers, rural communities, and different regions of the country; and majority membership by labor, environment, and consumer groups on trade advisory committees.[5] These reforms would make the process more transparent and add diverse views in US trade policymaking; they should be applied to the top private sector trade advisory committees.[6]

Warren’s proposals on trade and climate change would require every US trade agreement partner to be a Paris Accord member and to have a credible plan to achieve the requisite cuts in greenhouse gas emissions.[7] Restoring US leadership is critical to combat global warming, but some of her proposals are flawed.

Most notably, Warren’s call for border taxes on goods produced using carbon-intensive processes would be unworkable because of the difficulty of calculating the carbon “content” of products assembled from many components in the production process. Crafting rules to level the carbon playing field is likely to err toward protecting domestic industry and could run afoul of WTO obligations, undercutting the cooperation needed for effective action on climate change.

Other proposals would revive WTO provisions that exempt certain subsidy programs for environmental and other policies from countervailing measures—the so-called “green box” exemption that lapsed in 1999.[8] Reviving the green box, with annual notifications and monitoring, makes sense but poses tricky issues. For example, Warren’s current proposal would permit Chinese solar and wind subsidies that the USTR successfully prosecuted in the WTO for damaging US renewable energy firms and workers.

Her plan also proposes what amounts to a green Export-Import Bank (EXIM), dedicating “$100 billion to helping other countries purchase and deploy American-made clean energy technology.” This reform would refocus the composition of EXIM financing and is consistent with her support for using EXIM to fund a broader array of deals by small and mid-sized enterprises. This is a welcome step forward.

Warren favors strict “Buy American” provisions for federal government and federally-funded projects, such as wastewater treatment plants. These proposals require the purchase of US-made steel and other goods, raising the cost and producing delays in needed infrastructure and other projects. She also would impose high domestic content requirements for products seeking to qualify for duty-free treatment under US trade pacts, comparable to what Trump has included in the revised NAFTA pact which, according to the US International Trade Commission, will raise US production costs and reduce US output and jobs.

Warren, like many liberal critics of trade deals, would eliminate investor-state dispute settlement (ISDS) procedures from all US trade accords. ISDS was designed to counter expropriation of foreign investments, but Warren claims the process is used by multinational corporations to circumvent labor and environmental laws and regulations and is not available to labor unions to protect their rights. Interestingly, Trump agreed to drop ISDS from the revised NAFTA, except for the Mexican energy sector, as a concession to his labor union supporters. Meanwhile, in her determination to sideline corporate interests from trade deals, Warren omits what should be important US priorities: promoting digital trade and protecting intellectual property rights.

Finally, the Warren plan calls for trade reorganization similar to misguided proposals by past Republican and Democratic presidents. Merging the small, competent USTR staff into a large, economic development agency never made sense from an efficiency point of view and always has been dead on arrival on Capitol Hill because the Senate Finance and House Ways and Means committees have opposed it, not wanting to share their primary jurisdiction over trade.

In sum, Warren’s trade plan blends constructive ideas on climate change and transparency with reflexive Nader- and Trump-like protectionism. It gives short shrift to reinforcing the multilateral trading system and sets preconditions that would rule out most bilateral trade talks. Advancing Warren’s progressive agenda on sustainable labor and environmental policies under such conditions will be a tough slog, but she should get credit for outlining specific ideas for confronting these critical issues.

2. Even Warren would have difficulty meeting these requirements because of existing legislation and differing policies of individual states.

3. To be fair, Warren wants Congress to recast US negotiating priorities and voted against renewing fast-track procedures in 2015.

4. That’s why USTR Robert Lighthizer is working closely with House Democrats regarding the US-Mexico-Canada agreement lest Speaker Pelosi intervenes like she did a decade earlier.

7. Almost every country is a party to the Paris Accord, including the United States (which has not withdrawn and cannot even notify its intent to do so until November 2019, President Trump’s rhetoric to the contrary).

8. The list of nonactionable subsidies is included in Article 8 of the Uruguay Round Agreement on Subsidies and Countervailing Measures.