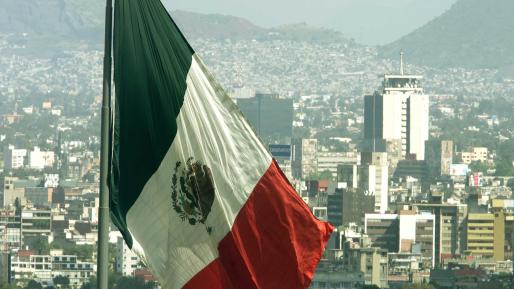 This blog is part of a series to be published in October 2021 in a joint project with the Center for Strategic and International Studies funded by Chubb. The author thanks Megan Hogan for compiling the tables included in this blog.

International trade and investment have been buffeted over the past three years by US-China trade war tariffs, high-technology export controls, and other economic sanctions targeting Chinese policies. The COVID-19 pandemic has further disrupted production and created bottlenecks transporting goods within and between countries. International businesses have had to recalibrate their supply chains to make them more resilient to these and other shocks.

Firms needing to diversify from China, in whole or part, because of rising Chinese costs and mounting trade and investment restrictions are now considering whether to reorganize production across Asia to complement continuing Chinese operations or to shift investment out of Asia to shorten supply chains serving the US market. Mexico seems like a natural choice for "nearshoring" investment, linked closely to the dominant US market by the newly minted United States-Mexico-Canada Agreement (USMCA).

But so far at least, Mexico has not lured substantial new investments that could supplant Asian production serving the US market, and the USMCA has added rather than removed concerns about investing in Mexican auto and other manufacturing sectors. The evidence cited in this blog suggests that Mexico faces significant competition for investments in restructured supply chains. Compared with other leading nearshoring locations in Asia and North America, Mexican policies tend to discourage new placements in manufacturing sectors. Another handicap flows from the flaws in the USMCA that work to Mexico's disadvantage and favor new investment in US-based production of autos, trucks, and parts. As a result, Mexico cannot rely on its North American partners to finance its development and promote its effort to become a nearshoring hub for supply chains migrating from East Asia. To attract more investment diversifying out of Asia, Mexican officials need to recast domestic economic policies and recommit to combating corruption and organized crime to make Mexico more attractive to domestic and foreign investors.

When companies plan their production and trade strategies, they benchmark their strengths and weaknesses against key competitors. Countries whose economic development depends on trade and foreign direct investment (FDI) should do the same. To that end, table 1 arrays Mexico's global ranking under three separate indices compiled by the Fraser Institute in Canada, the World Intellectual Property Organization (WIPO), and Transparency International (TI) that assess critical factors that influence locational decisions for private investment. Each of the groups compiles data on numerous indicators covering Mexico's performance with respect to its business regulations, infrastructure, international trade ties, legal system, and corruption.

Overall, Mexico's scores place it in the middle of the pack of countries covered by the two broad indices compiled by the Fraser Institute and WIPO, but in the bottom third of countries examined in the TI Corruption Perceptions Index. Compared with its USMCA partners or key competitors in southeast Asia—the markets Mexico competes with for investments by companies that are restructuring their Asia-Pacific supply chains—Mexico does not fare very well.

In North America, commitments to support nearshoring to Mexico, discussed most recently at the September 9 High Level Economic Dialogue between senior US and Mexican officials, pale in comparison to the actions taken by US politicians to promote reshoring to the United States. Legislation in the current Congress is replete with programs designed to encourage new investment in US-based production plants through both subsidies and Buy American procurement regulations. These bills are meant to reinforce Executive Order 14017 on "America's Supply Chains" issued by President Joseph R. Biden Jr. on February 24, 2021. Although Biden committed to "close cooperation on resilient supply chains with allies and partners who share our values", the subsequent White House report on critical products concluded in June 2021 noted that international cooperation was only needed "to secure supplies of critical goods that we will not make in sufficient quantities at home [emphasis added]."

For companies diversifying some of their production or sourcing from the Chinese market, southeast Asia provides a nearby and largely welcoming investment alternative. Malaysia, Vietnam, and Thailand score higher overall than Mexico on the Global Innovation indicators; so, too, do Taiwan and Malaysia on the Economic Freedom of the World Index. Mexico's rating on business regulations and infrastructure raise yellow flags for prospective investors, as do its weak scores on legal protections, which align with its dismal TI grade on corruption. And while Mexico benefits from preferential market access to its major export markets and is highly graded for the USMCA and other free trade agreements (FTAs), its success in securing FTAs is now being matched by a wave of new intra-Asian trade pacts, including the soon-to-be implemented 15-member Regional Comprehensive Economic Partnership (RCEP).

Simply put, Mexico needs to outcompete its USMCA partners and southeast Asian competitors if it is to benefit from new investments in manufacturing shifting from Asia. Even with a labor cost advantage compared to its USMCA partners, the added production and distribution costs associated with intrusive Mexican business regulations, inadequate and irregular power supplies, and clogged road and rail networks, could well erode the benefits for those considering new investments in Mexico. Indeed, these costs already seem to be a drag on decisions to switch investments to Mexico.

If Mexico was succeeding in nearshoring supply chains in manufacturing, it would likely be seen in supplements to sectors where Mexico already has attracted FDI, or previously had operations that subsequently moved to China or elsewhere in Asia: machinery and equipment; computer, communications, measurement devices; and transportation equipment. The machinery and equipment sector is recording FDI inflows equal to 2018 levels, and FDI in computers et al. is down by more than half. Transportation equipment FDI seemed to be recovering from sharp drops in 2020 until the second quarter of 2021, perhaps reflecting auto industry concerns about the future of Mexican-based production. If trends in FDI data for 2021 continue, concerns about increasing COVID-19 cases and restrictions on future access to the US market resulting from US regulations interpreting the USMCA auto and truck content requirements could dampen investment in this critical sector for Mexican economic growth.

North American economic integration has been driven for three decades by the idea that investing in Mexico and integrating production across the region would enhance the growth and international competitiveness of all three countries. The North American Free Trade Agreement (NAFTA) fell short of its promise and most of the southern Mexican states benefited very little from the increased regional trade and investment. Labor-intensive Mexican industries serving the US market decamped to Asia in NAFTA's first decade as Mexico's tight monetary policies fueled an overvalued peso and undercut competitiveness vis-à-vis China and others.

The USMCA changed the vision of deepening intraregional production networks. For political reasons, it was designed to differ markedly with its predecessor; the major change involved rules governing production of autos, trucks, and parts, and complemented the Trump administration's efforts to reshore supply chains to US-based facilities (including some production from Mexico). Concerns about the deal, and its potential negative impact on auto sector investment in Mexico, initially were dismissed by Mexican officials. But when US regulations setting the terms for assessing domestic content requirements to qualify for USMCA preferences were issued in the summer of 2020, it became clear to auto industry and Mexican officials alike that the deal would require much more restructuring of auto and truck production, and shifting to US-based facilities, than they initially thought. The issue is in the early stages of USMCA dispute settlement; in the interim, Mexican producers face an uncertain future.

The USMCA, negotiated under the threat of US withdrawal from NAFTA, was hailed for removing the cloud of uncertainty about the future of regional economic integration. Longstanding critics of NAFTA supported the new pact whose future now seemed politically secure. Investors saw the new political support for regional integration, or rather the decline in criticism of the pact, as a positive sign that Mexico would be an attractive host for nearshoring investment from Asia. But the dispute over auto content rules, and a spate of new disputes on labor, environment, energy, and agricultural issues, brought under the USMCA's enhanced enforcement procedures, has reopened questions about the durability of the pact's political honeymoon in Mexico and the United States.

In sum, the USMCA does not seem to have accorded Mexico substantial advantages for nearshoring manufacturing investment from Asia. The pact reopens old conflicts and offers new avenues for trade retaliation. But the main obstacle to Mexico's success in attracting new investment is homemade. Mexican officials should take a closer look at how their policies compare to those of leading competitors and recalibrate to build back Mexico better.

Streamlining Rules of Origin in NAFTA