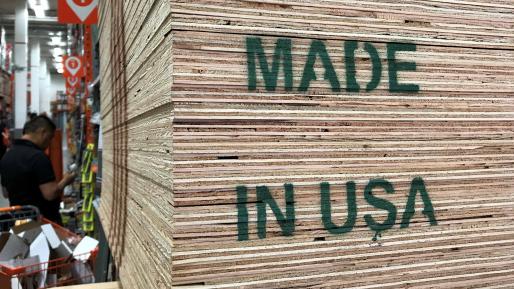 "Buy American" Is Bad for Taxpayers and Worse for Exports

“Buy American,” while not new, features prominently in President Donald Trump’s array of trade policies. The practice of shutting out supplies from abroad originated in the Great Depression, alongside the infamous Smoot-Hawley Tariff. More recently Buy American requirements were inserted in President Barack Obama’s 2009 stimulus act, as well as subsequent laws authorizing water, sewer, highway, and rail projects.[1] Buy American provisions are often enacted because politicians associate the patriotic slogan with the creation of domestic jobs. In fact, these laws are counterproductive: They are costly for taxpayers, they curtail exports, and they lose more jobs than they create. “Buy American” was bad policy in 1930 and does even more harm today.

Buy American laws typically impose a high penalty on the purchase of foreign materials or the participation of foreign companies in federal procurement. For example, the American Recovery and Reinvestment Act of 2009 (the stimulus act) required the purchase of American iron and steel unless the overall cost of the project would be increased by 25 percent or more. Several states have enacted their own Buy American laws for local procurement; a few invite competitive bids from all qualified firms.

The United States has opened segments of federal procurement to its partners in the World Trade Organization (WTO), the North American Free Trade Agreement (NAFTA), and other free trade agreements. On a voluntary basis, some states have likewise acceded to the WTO Government Procurement Agreement (GPA) and the NAFTA procurement chapter.[2] However, the president’s broad advocacy of Buy American, together with the US Trade Representative’s objectives for renegotiating NAFTA,[3] suggest that international accords will be trimmed. Expansion of open and competitive procurement seems out of reach—for the moment.

This is unfortunate, both for American taxpayers and US exports. Buy American dulls competition for everything that federal, state, and local governments purchase. Consequently, taxpayers pay inflated prices for new infrastructure, the latest information technology, and routine maintenance of subways, bridges, and airports. Imported goods and services amount to less than 5 percent of US public-sector procurement,[4] compared with an overall import ratio of 17.3 percent for the US economy.

Since US public procurement amounts to about $1.9 trillion annually (some 10 percent of GDP), the import content of public-sector purchases amounts to about $95 billion annually. By comparison, $1.9 trillion of US private-sector purchases of goods and services has an import content of around $323 billion. Quantification is difficult, but the major federal Buy American laws probably equate to tariff equivalent barriers of at least 25 percent on federal purchases. State laws vary in scope and protective degree, but on average they probably entail at least 10 percent tariff equivalent barriers. Barriers of this magnitude likely impose a cost of 5 to 10 percent on US taxpayers through inflated prices for public purchases. The elevated cost—essentially government waste—could exceed $100 billion annually. The domestic burden of Buy American extends beyond taxpayer dollars. Dixon, Rimmer, and Waschik (2017) estimate that eliminating all Buy American requirements would create 300,000 net new jobs over a three-year period, after a period of restructuring and exchange rate adjustment.

Buy American weighs even more heavily on US exports. When Buy American policies are championed at home they are emulated abroad—in the form of Buy European, Buy Mexican, Buy Japanese, and other local content laws and policies. Consequently, US goods and services face severe barriers in foreign procurement markets. The combined GDP of OECD countries, excluding the United States, will reach $27.5 trillion in 2017 (see IMF, World Economic Outlook database). Typically, 16 percent or more of GDP in OECD countries (apart from the United States) is spent on government procurement, about $4.5 trillion in 2017. Potentially that’s a huge market.

Moreover, a large share of government procurement entails goods, services, and projects that are US specialties. Major construction firms like Bechtel, Fluor, and Kellogg excel at port, power, and bridge construction. Outside the United States, most hospitals are government-run, and US medical equipment firms like Philips Healthcare, Carestream Health, and Hologic are prime suppliers of CAT and MRI machines, dialysis equipment, and operating theaters. US pharmaceutical firms like Merck, Pfizer, and Gilead are leading producers of medicines, widely purchased by governments abroad. Like the private sector, the government relies heavily on information technology—requiring all manner of computers and software—a specialty of American firms like Dell, IBM, Cisco, Oracle, and Microsoft.

Table 1 reports estimated public-sector imports as a percentage of public procurement (federal, state, local) for a range of countries. The table also reports total imports of goods and services expressed as a percent of GDP. Just as in the United States, in every foreign country the public sector imports a much smaller share of its purchases than the overall economy (including the public sector). Local content practices are widespread and have not been liberalized much by the WTO GPA or bilateral free trade agreements.

US exports of goods and services are almost entirely sold to private firms, not foreign governments. Conceivably, US exports could expand by $189 billion annually if OECD countries all repealed their existing local content laws and public-sector imports rose from 5.8 percent of procurement to 32.1 percent, roughly the same percentage that characterizes private sector purchases.[5]

Of course, repeal of all OECD local content laws is not on the horizon. But if the NAFTA ministers take a leaf from the recently ratified Canada-EU Comprehensive Economic and Trade Agreement (CETA), great progress could be made. CETA opened all procurement by Canada, its provinces, the European Union, its member states, and their subfederal units to competition from supplies and firms originating in the partner country. A similar open procurement regime would be a worthy goal for the United States, Mexico, and Canada in the NAFTA 2.0 talks, even if the phase-in period takes many years.

1 Whiting (2017) gives a comprehensive list and a strong critique of Buy American laws.

3 USTR would like to exclude domestic preferential purchasing programs from NAFTA, through the process of renegotiation. See Government Procurement in Summary of Objectives for the NAFTA Renegotiation (2017).

5 The arithmetic goes as follows. Public procurement in OECD countries (apart from the United States) is about $4.5 trillion annually. Currently, imports account for about 5.8 percent of procurement (table 1). Without local content laws and practices, imports might rise to 32.1 percent of procurement, roughly the same percentage as characterizes private purchases. Additional imports for public procurement could exceed $1.2 trillion annually. A pro rata share for the United States of this additional trade would be about 16 percent (the US share of total OECD exports in goods and services). Hence, with the repeal of local content laws abroad, additional US export might be $189 billion greater (16 percent times $1.2 trillion additional imports).