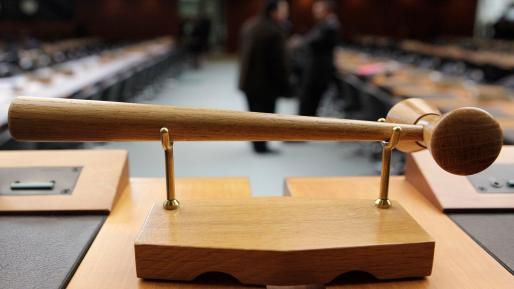 How the G20 can advance WTO reform

In a prescient article published 50 years ago, the late Harvard professor Richard N. Cooper argued that trade policy is foreign policy. In the 1970s, in a shift from the hot war risks of the Cuban missile crisis of the previous decade, efforts were made to foster economic interdependence between adversaries: Richard Nixon went to China; Pepsi-Cola entered the market in the Soviet Union, initiating an era of “soft drink” power. Closer economic ties benefiting both sides would raise the cost of, and hopefully deter, military confrontation. The last decade of the 20th century seemed to validate Cooper’s thesis.

Economic interdependence was a guiding goal of the world trading rules developed in the immediate aftermath of World War II. Access to developed markets, opened incrementally through eight rounds of multilateral trade negotiations, spurred trade and investment that contributed to economic development in both rich and poor countries. Germany and Japan recovered from wartime devastation of their own making; South Korea went from impoverished to economic powerhouse; and in the early 21st century, China and later Russia joined the World Trade Organization (WTO). In less than two decades, China became the world’s leading exporter, and Russia became a top global supplier of oil and gas.

Adapting the WTO to an era of big power confrontation

Over the past decade, examples abound of major economies ignoring their WTO obligations and/or invoking frivolous security claims to justify protectionist measures. Trade has been weaponized, deploying import barriers, financial sanctions, and export controls, and consumer boycotts have been used as tools of political coercion to counter military aggression, deter foreign investment, and punish foreign criticism of domestic policies. In addition, subsidies and local content requirements have become core components of national industrial policies designed to discriminate against strategic competitors and to promote investment in domestic industry (including reshoring of foreign plants). Governments imposing such measures seem to have given short shrift to the risk those policies pose to the global trade and financial system and the long-run welfare of their own economies.

The WTO rulebook, largely unchanged from its initial edition in the 1990s, needs to be updated and augmented to address these new challenges. But if the modest results of the recent ministerial meeting (MC12) are any indication, WTO members are unlikely to bridge their differences in multilateral negotiations over new disciplines in areas such as subsidies provided to farmers or state-owned enterprises (SOEs), trade-related climate measures needed to implement decarbonization commitments, or data access and localization rules to govern the burgeoning digital economy. Crafting new WTO rules is further complicated by the continuing impasse over reform of the WTO’s dispute settlement process—so long as the Appellate Body remains disabled, any country can postpone indefinitely rulings against its practices by simply appealing panel decisions into the void (since rulings can’t be finalized until the appellate process is concluded).

Further complicating prospects for WTO reform, major trading nations are increasingly acting outside of WTO norms, by either ignoring WTO requirements altogether or invoking exemptions for measures applied for self-justified national security interests (Article 21). Countries would never cede the right to contravene international obligations when interventions are needed to address national emergencies. But, the perceived cost of abusing or neglecting WTO rules no longer seems to weigh as heavily in the trade policy considerations of major trading nations as it did in the past.

How can the G20 confront these fundamental challenges to the multilateral trading system? If recent performance is a guide, the answer, sadly, is that the major powers in the G20 will talk loudly and do little, focusing their efforts instead on regional and/or plurilateral initiatives. To be sure, such arrangements can promote needed economic reforms and the development of next-generation trading rules but with limited application to nonmember countries, which often include the world’s least-developed and small and vulnerable nations. Such discrimination is avoided when the reforms and rulemaking are advanced through WTO negotiations.

For the G20 to play a constructive role in strengthening the trading system, the middle powers, which comprise more than half of its membership, need to band together and insist that the United States, China, and Europe work together with them to advance multilateral solutions to the subsidies, climate, digital trade, and dispute settlement challenges noted above. The G20 middle powers, whether developed like Australia and Canada or developing like Brazil and Indonesia, need to remember that they represent vital interests of the developing world in an equitable and well-functioning rules-based trading system.

The most immediate need is to agree on concrete steps to renovate the WTO.

The G20 should call for, and unilaterally commit to implementing for three years, moratoria on new carbon border adjustments, as well as an extension of the current ban on e-commerce levies to allow time for the negotiation of substantive, multilateral rules to govern these practices. The climate moratorium would coincide with the three-year transition period starting January 2023 before the actual imposition in January 2026 of import levies under the European scheme, setting a consequential deadline for completing WTO talks. Extending the e-commerce policy would enable negotiators to bring current WTO talks to fruition.

In addition, G20 countries should commit to negotiating tighter subsidy rules and reconstituting the two-step dispute settlement process. Focusing initially on specific measures would build momentum for more comprehensive reforms. For example, limiting government support to new low-carbon steel production plants with obligations to share advanced production technologies with developing economies would promote both economic growth and global decarbonization efforts. Doing so would also mitigate a major source of trade disputes that led to the disabling of the WTO Appellate Body and hopefully spur talks on a more equitable and efficient dispute resolution process.

Such a concrete agenda would signal that the G20 was willing to invest political capital in achieving WTO reform, removing key obstacles to the advance of WTO negotiations in 2023. With the major powers distracted by bilateral disputes among themselves, the “middle power” G20 countries need to grasp the leadership mantle and spur reforms that strengthen the trading system from which they benefit so much.

A Trade Agenda for the G-20