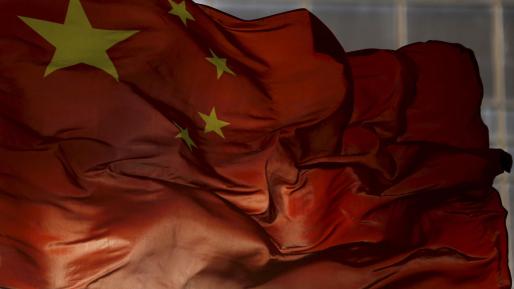 The authors are grateful to Abigail Dahlman for excellent research assistance.

After rising at an almost continuous pace for at least a decade, the share of private sector ownership among China’s largest companies has dropped since 2021. It is tempting to infer that President Xi Jinping’s statist policies have brought an end to the age of private-sector expansion in China. But such a conclusion would be simplistic and premature. Several factors beyond China’s turn toward state dirigisme are driving the recent pause in the rise of the private sector, including global commodity price increases and China’s property crisis.

To be sure, China’s policy has in recent years promoted the power of the state and of the state sector within the economy. Among its initiatives was the regulatory crackdown in the summer of 2021, which wiped out hundreds of billions of dollars from the market capitalization of some of China’s most prominent private companies. Such arbitrary state interventions in private business over the last decade have led many to conclude that the days of expanded influence by private companies in China are gone.

A recent drop in the advance of the private sector is illustrated by figures 1 and 2, which provide an update to what was documented in a PIIE Working Paper published in March 2022. The latest data builds on research showing a near-continuous increase of the share of private-sector companies among Chinese companies listed in the Fortune Global 500 rankings by revenue since 2005, and in the market value of those that were listed and among the 100 most valuable since 2010.[1] In the revenue data until 2020, there had only been a temporary dip in 2017; the market value series until end-2021 reflected a slight drop from the peak in end-2020.

Figures 1 and 2 use more recent data, and for market value, a higher frequency of observation, both indicating the recent decline. Among all the Chinese companies on the Fortune Global 500 rankings, the private sector’s share of their aggregate revenue decreased slightly in 2021 from the level in 2020 (figure 1). As for market value, the private sector’s share among the 100 largest publicly traded Chinese companies declined from a peak at 55.4 percent of the total as of mid-2021 to 42.1 percent by the end of March 2022, followed by a slight rebound to 44.5 percent as of mid-2022 (figure 2).[2] The private sector’s share also dropped in most other metrics in 2021 (figure 3).

As in the working paper, each company was assigned to one of 14 sectors for a more granular understanding of the dynamics. The shares of the private-sector and state-sector contributions in each sector were calculated relative to the aggregate total, indicating variations over the past year.[3] The three largest (positive or negative) variations are shown in tables 1 and 2. The tables also distinguish how much of each variation is a result of changes in the revenue or market value of the same companies that feature in both the mid-2021 and mid-2022 rankings (“same-scope” variation). These variances are indicated as opposed to those companies that entered or exited the sample during the period because their gain or loss of revenue or market value made them cross the size threshold for inclusion (“entry/exit”). In the rankings by revenue (table 1), there were also four companies that did not report their 2021 financial data (“no-shows”) and thus not included in the latest Fortune ranking, as detailed below.

Tables 1 and 2 tell different stories. This difference is not surprising, since market value is a forward-looking indicator (the sum of discounted expected future free cash flows, minus net debt), while revenue reflects activity during a given year. Market values are also inherently more volatile than revenue numbers, as illustrated by the significantly larger variations in table 2 than in table 1.

The revenue story (table 1) has two main drivers, neither of which appears to represent a long-term trend. First, surges in global commodity prices translated into higher revenue of companies in two of the 14 sectors (oil, gas, and chemicals; steel, metals, and minerals), most of which are state-owned. This phenomenon shows up in same-scope variation (e.g., Sinopec’s revenue grew more than 40 percent in 2021) and in entry/exit variation (with four oil, gas and chemical state-owned enterprises and three others in the steel, metals and materials sector just entering the Fortune ranking this year). This driver is dominant, representing more than twice the variation in the aggregate share of the private sector (3.96 percent for the two sectors combined, versus 1.64 percent for all sectors).

In addition, four private-sector companies were “no shows” in the latest ranking, namely real estate developers Evergrande and Sunac and conglomerates Yango Longkin and Cedar Holdings. That driver also has significant impact: three-quarters of the aggregate net decrease of the share of the private sector for the two real estate developers alone (1.22 percent out of 1.64 percent). “No-shows” were similarly prominent drivers of the previous private-sector drop in 2017 and included the highly leveraged conglomerates Anbang, CEFC Energy, Dalian Wanda, and HNA, all of which stopped being listed by Fortune from that year. Neither of these two main revenue drivers looks permanent. Commodity prices go up and down; and only two private-sector developers (and one private-sector conglomerate) in the latest list that could become “no-shows” in the future.

The market value story is different (table 2). The largest driver by far is that the market value of platform companies went sharply down, their future profitability cast in doubt by the regulatory crackdown by the Chinese government. Their revenue kept rising in 2021, though less than in most other sectors. The relative decline of platforms’ market value explains most of the change in the respective shares of public and state sectors in total market value (8.29 percent out of 10.85 percent).

In sum, the drop’s drivers are diverse, and different for figures 1 and 2. They tell a more nuanced story about factors at work beyond the role of statist policies suppressing private-sector dynamism. The rise in commodities prices is exogenous. The property crisis is directly triggered by the “three red lines” policy of forced deleveraging in that sector introduced by the government in August 2020. But the property downturn also reflects a deep-rooted systemic problem driven by the financing needs of local governments dependent on property related revenues. Even Beijing’s regulatory crackdown on private-sector platforms appears to have been motivated by more than just a retaliation against the power of large private businesses. Altogether, the drop in the previous private-sector advance should not be viewed as the start of a new trend of continuous decline, at least not yet. Further updates will be published periodically in the future.

1. We adopt a restrictive definition of the private sector as those companies in which the state owns less than 10 percent of equity capital. Our definition of the state sector includes all other companies, with a distinction between majority-owned state firms, and those in which the state owns between 10 and 50 percent of capital which we label “mixed-ownership enterprises.” Our taxonomy is thus entirely based on ownership, irrespective of various forms of political influence, which are harder to quantify. In terms of date cutoff, our series in the working paper covered the period until the (calendar) year 2020 for revenue, and until end-2021 for market value. The two datasets we analyzed are not exactly synchronous, since market value can be observed in real time, whereas revenue numbers and the Fortune rankings are published with a lag. Details of our methodological choices and definitions are to be found in the working paper.

2. We checked changes in ownership categories over the last year for all the companies featured in the latest rankings by revenue and market value and we found none, or in other words, neither “nationalization” nor “privatization.” This is in line with previously observed stability of these categories for China’s largest companies, as documented in more detail in the working paper.