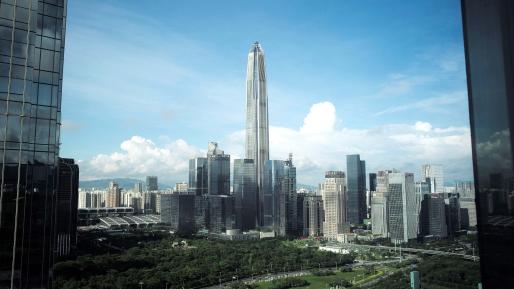 This paper documents recent structural changes in China’s corporate landscape, based on company-level data, providing a complementary perspective to that of official Chinese statistics. We classify China’s largest companies by revenue since 2004 (based on Fortune Global 500 rankings), and largest listed companies by market capitalization since 2010, into state and private-sector categories, using a conservative definition of the private sector. Among the largest companies by revenue, the private sector was nonexistent in the mid-2000s but has grown steadily in the past decade, even though the state sector still dominates. The aggregate revenue of private-sector companies has grown from zero in Fortune’s ranking in 2005 (based on 2004 revenue) to $104 billion in the 2011 ranking, or merely 3.8 percent of the $2.78 trillion in aggregate revenue for all Chinese companies in the ranking, and to $1.7 trillion in the latest 2021 ranking (based on 2020 revenue), or 19 percent of the Chinese companies’ aggregate revenue. As for market value of the largest listed firms, the private sector’s share in the top 100 listed Chinese companies was only 8 percent at end-2010 but crossed the 50 percent threshold in 2020 and retreated slightly in 2021 to 48 percent, following that year’s regulatory crackdown on several private-sector-dominated industries. These findings do not support a narrative of broad-based rollback in recent years of previous private-sector expansion.

The data underlying this analysis can be downloaded here [zip]. Proprietary data have been excluded.