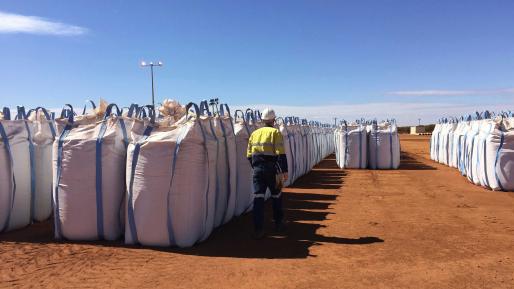 Who controls the world’s minerals needed for green energy?

The Russian invasion of Ukraine has not simply exposed Europe's dangerous dependence on Russian oil and gas. The war has also underscored a less appreciated but equally worrisome vulnerability in the industrial West to threats that could hamper access to minerals vital to the transition from fossil fuels to clean energy.

Cobalt, copper, lithium, nickel, and rare earth elements (REEs) are all essential for producing electric vehicles and batteries, harnessing solar power and wind energy, and other actions to reduce the reliance of consumers and industries on fossil fuels. The supply of these critical minerals is vulnerable for various reasons. One is that production and processing of these minerals take place in a small number of countries, including some that have unstable political environments.

Equally concerning, reserves of critical minerals outside the United States are owned largely by a handful of governments, most notably China, with the power to interfere with their supply. The United States has reserves of some of these minerals, but the US government does not have direct control over their production or processing unless it invokes legislation such as the Defense Production Act of 1950.

A newly published PIIE working paper warns that while the production of a mineral could be widely dispersed globally, one corporate entity may be in ultimate control (including through subsidiaries) over the decisions of several firms producing that mineral in different countries.

Measuring actual control is not straightforward. The paper employs a well-established game-theoretic approach to measure the ability of a shareholder to change the outcome of a vote in the company where it has shares (directly or through subsidiaries), using large datasets processed by software made available by ZENO-Indices.[1]

The data show that China has become the main player in the refining and consumption of goods needing critical minerals, just as the United States is in fossil fuel–based energy, with its success in recent years in tapping natural gas through fracking. The paper's findings broken down by mineral are presented in the rest of this blog.

Rare earth elements are used in electric vehicles, wind turbines, energy-efficient fluorescent lighting, and other items needed for the energy transition. China has considerable control over both the reserves and the production of key REEs (e.g., neodymium and dysprosium) as it does over the rest of the supply chain. The three countries with the largest REE reserves (China, Vietnam, and Russia) hold 70 percent of global reserves, with China holding a little over half of those reserves.

From a strategic point of view, a key consideration is China's position in global value chains. In 2020, Mountain Pass (a US-based company that claims to be the largest producer in the West) acknowledged that it produces an REE concentrate that it sells to a leading global REE company publicly listed in China and that can therefore be controlled by China. Myanmar, which also holds some REE reserves, reportedly sells all its production to China.

Cobalt: China and the Glasenberg family are the major players

Cobalt is used in rechargeable battery electrodes and to manufacture superalloys. The Democratic Republic of the Congo (DRC) is by far the largest producer (69 percent), followed by Russia in distant second place. Some countries have large reserves but have not yet commenced production (e.g., Indonesia). But a different picture emerges when looking at where the firms operating cobalt mines are incorporated. The top producers are incorporated in the United Kingdom/Switzerland (Glencore and Eurasian Natural Resources) and China (China Molybdenum and Metorex). Firms incorporated in the DRC exploit only 3.5 percent of global output.

Chinese shareholders control the two firms that account for 13.8 percent of the world output and about 24 percent of output produced by large firms that are known and active. The Glasenberg family (from South Africa) is the top shareholder in Glencore, which accounts for 19.3 percent of world output. The two largest players in cobalt are, therefore, not the DRC and Russia, but rather the Glasenberg family and China. Europe has no presence.

Copper is the most widely used mineral not only in clean energy technologies but also in traditional industries. The market is well-established and not very concentrated. Chile is the world's top producer (28 percent), followed by Peru (10.4 percent) and China (8.3 percent). Chile also has the largest reserves (22.7 percent). However, companies incorporated in the United Kingdom are collectively the largest producers, followed by firms incorporated in Chile, the United States, and Mexico. China is in fifth spot.

Several of the top copper-producing firms are controlled by institutional investors (e.g., the government of Chile or public investment corporations) and institutional investors. China controls the largest share of production (11.2 percent), but by a small margin. Europe's presence is small, and the United States hosts some important shareholders (passive funds).

Lithium use is growing rapidly in electric vehicles and lithium-ion batteries. Geographically, Australia produces more than half of the world's lithium, followed by Chile and China. This order is reversed when it comes to reserves, but many countries are trying to find lithium reserves on their own territory. Lithium mines are usually incorporated where they are located.

Nickel is a versatile mineral used in a wide range of clean energy technologies but also in traditional industries like steel. Indonesia is the world's leading producer, with the Philippines and Russia a distant second and third. Indonesia also has a large share of the world's proven nickel reserves, although major efforts are being made to find more reserves, especially in Africa. The countries where mining companies are incorporated are dispersed, and foreign companies mostly extract Indonesia's nickel.

A bit like copper, most nickel-producing companies are controlled by a mix of investment funds and industrial shareholders. The importance of China is still limited, the United States does not host any major shareholder (except passive funds), and Europe is absent.

Issues relating to ownership and production of these minerals include the effect on the environment, treatment of workers, and governance and are related to the shareholding structure. The data indicate that the combination of an investment fund and an industrial firm as main controlling shareholders tends to be associated with a high score on their sensitivity to environmental and labor rights. Passive funds (mostly incorporated in the United States) did not perform well on environmental issues and are probably not (and should not be) a good vehicle to push a US agenda on labor rights around the world.

To counter these concerns, developed countries need to upgrade their knowledge of the web of ownership and the control structure in companies operating in in the critical minerals industry and pay greater attention to governance problems—especially corruption—in producing countries. For example, the critical mineral reserves in Afghanistan make the country highly vulnerable to corruption, supported by foreign firms or countries. Consuming countries should also pay attention to mergers between producing firms and/or consuming firms to prevent production bottlenecks. But the most obvious way of reducing these exposures is for countries to subsidize economic activities to explore alternative sources and substitutes for their transition to clean energy and recycle scrap critical minerals.

Luc Leruth is visiting resident scholar at the International School of Economics at Tbilisi University and associate researcher at the University of Clermont-Ferrand.

1. A fintech spin-off of HEC Liège. See www.ZENO-Indices.com. The software processed proprietary data on shareholdings made available to us by Refinitiv. The software used to identify the sources of control (SOCs) and measure their control on a target is still under development; ZENO-Indices does not yet offer a license for the use of its product. 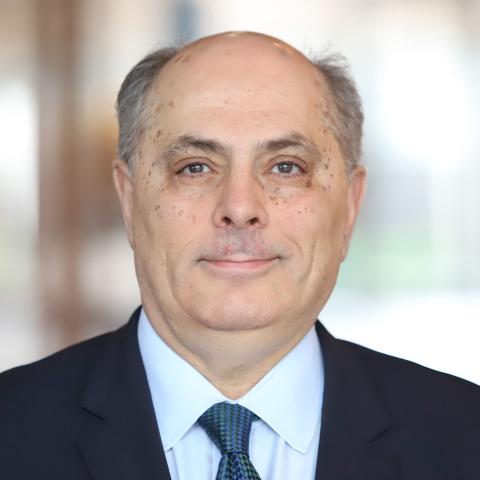 China’s Social Credit System: A Mark of Progress or a Threat to Privacy?