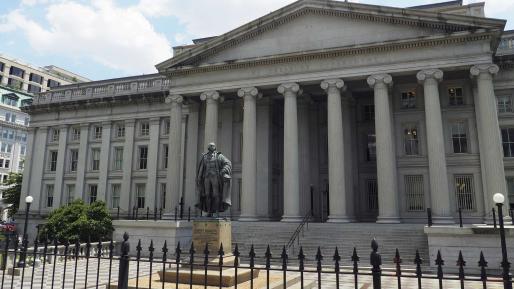 China’s ambitions to obtain advanced technologies, including technologies with military implications, have raised longstanding concerns about its use of investments abroad to gain access to sensitive technologies, data, and infrastructure. In 2018, the US Congress moved to address this issue by enacting an overhaul of the government’s interagency Committee on Foreign Investment in the United States (CFIUS), expanding its scope to examine Chinese investments in companies with business in the United States and modify or block them if necessary.

More vigilant investment reviews are only one piece of the puzzle protecting US national security, however. As US data protection laws are weak, Chinese firms unable to purchase US firms with sensitive data can instead just buy the data, with little oversight.

There are concerns that the new powers given to CFIUS could spread it too thin to defend against the most serious threats or that they might prompt it to overreact and stifle legitimate foreign investment in the United States. A recent report from the Treasury Department on CFIUS’s activity in 2021, while incomplete, is a welcome sign that CFIUS caseloads remained manageable and US companies remained attractive acquisition targets despite CFIUS’s new powers. Indeed, after falling dramatically between 2017 and 2020, the number of CFIUS cases involving Chinese investors surged in 2021, as Chinese investors appear to have adjusted to the new rules. The odds that a Chinese deal posing a security threat sneaks by CFIUS, which is now armed with new ways to detect unreported transactions, have decreased substantially.

The new CFIUS law led to regulations promulgated in 2020 that aimed to strike a balance between security and openness to investment. The latest Treasury report shows that security reviews rose sharply with CFIUS’s new screening powers, albeit by less than the booming foreign investment in the United States. Most foreign investment still flows into the United States with no review or quick approval, allowing CFIUS to focus resources on the most challenging deals, especially deals involving China.

CFIUS has long had power to review, modify, or recommend that the president reject deals that would give a foreign investor control of a US business. New authority implemented in late 2020 expanded its jurisdiction to some noncontrolling investments if a foreigner would gain nonpublic technical information (such as blueprints) on or influence (such as board seats) over companies with sensitive data, critical technology, or critical infrastructure.[1] Only investors from the “five eyes” intelligence alliance—Australia, Canada, New Zealand, and the United Kingdom—are exempt from some of the new rules.

For most deals, filings are not mandatory—the parties must determine whether their deal is likely enough to trigger national security concerns to merit the expense and delay of notifying CFIUS.[2] The risk of going ahead without filing is that CFIUS can force modifications or even unwinding of such “non-notified” deals. The highest-profile such case was the 2019 investigation into ByteDance’s purchase of Musical.ly to form TikTok, which led CFIUS to order a divestment of TikTok on national security grounds—a complex operation that remains unresolved. In 2021, 135 such transactions were reviewed, 8 of which were asked to file with CFIUS as a result. Fear of falling afoul of the new rules could have driven a wave of filings even in deals with no reasonable national security concerns, which would have swamped CFIUS. Some investors may also have abandoned beneficial investments instead of taking the risk, costing the US capital, expertise, and jobs.

The latest data suggest that CFIUS caseloads remain manageable and that US companies remain attractive acquisition targets despite CFIUS’s new powers. I estimate that CFIUS screened a record 348 new transactions in 2021, 30 percent more than in 2020 (figure 1).[3] Some deals reported to CFIUS were “declarations” for expedited review, a process used mostly for less complex or lower-risk transactions. Most were full notices.

Only about a third of those cases resulted in in-depth investigations, which take up to 45 days on top of the 45 day notice review period. This share is similar to the share in 2021 but far lower than during the Trump administration, suggesting that CFIUS is now seeing many more low-risk transactions, which need less detailed review. (Some transactions required multiple filings, so the “case” number is larger than the 350 or so total transactions reported to CFIUS.[4])

The 30 percent increase in transactions reviewed seems large, but foreign investors’ mergers and acquisitions (M&A) in the United States were up far more in 2021, increasing by 90 percent in value over 2020 to reach nearly half a trillion dollars, in line with the increase in domestic M&A (102 percent) and global M&A (81 percent). Venture capital funding also soared, nearly doubling to $330 billion, although CFIUS does not have jurisdiction over much VC.[5] White & Case’s M&A Explorer records 1,505 foreign M&A transactions in the United States (figure 2). Pitchbook estimates 17,000 (foreign and domestic) VC transactions in 2021.

The fact that the increase in 2021 was smaller than the increase in investments represents a departure from the trend of the past few years. Figure 2 shows that the number of foreign M&A transactions into US firms was largely stable in 2015–20, while estimated transactions reviewed by CFIUS rose substantially (see figure 1). In 2019 and 2020, CFIUS reviewed twice the share of investments into the United States (29 percent) that it did in 2015 (15 percent); the figure fell to 23 percent in 2021. This comparison is not fully apples to apples (as market data do not encompass all cases under CFIUS jurisdiction), but they suggest that CFIUS shifted to a more vigilant regime that is stabilizing in terms of its reviews.

In a small but growing minority of cases, CFIUS requires “mitigation agreements” that impose conditions before it clears the transaction. For example, it may require that a subsidiary with government contracts be carved out of the transaction or restrict foreign citizens’ access to sensitive technology or data. Twenty-six transactions cleared with mitigation measures in 2021, a significant increase from the 2020s.16 CFIUS reports that in nine cases it either failed to come up with acceptable mitigation or asked for mitigation more onerous than the parties could accept, leading the parties to abandon the deal because of CFIUS. This number is similar to the number in 2020 (seven) despite the much larger number of reviews and transactions. CFIUS thus appears to be more open to accepting deals with mitigation rather than blocking them.

Another positive sign is that nearly 75 percent of short-form declarations were cleared without additional filings—up from 64 percent in 2020—suggesting that this channel is functioning better to quickly get low-risk deals through CFIUS. Overall, 87 percent of CFIUS notices cleared without mitigation.

The most important limitation of the data is that they do not include transactions CFIUS may have blocked, a figure that could be sizable. CFIUS encourages parties to reach out to it to discuss their deals and potential security concerns before filing declarations or notices. If parties receive strong negative CFIUS feedback before filing, they may abandon or restructure the transaction without a formal mitigation agreement or recorded abandonment. There is no way to know how many transactions were abandoned or restructured.

China in the crosshairs

The rebound in Chinese filings may indicate that CFIUS is imposing mitigation agreements instead of blocking deals, but it also could mean that Chinese firms are filing even the least sensitive investments with CFIUS to reduce the risk of trouble. White & Case data show that the value of Chinese M&A in the United States declined by around 30 percent in 2021 while the number of transactions increased modestly, suggesting that large deals may have become too sensitive to attempt.7. A spike in Chinese CFIUS filings is thus more likely evidence of increased risk aversion, an unsurprising response given the tense political environment and increased mutual perception of threat. Many of the non-notified transactions CFIUS reviewed may have been Chinese deals, adding a few to the total as well.

Another driver of the Chinese deal figures could be what some lawyers see as an expansion of CFIUS jurisdiction by defining as US firms even firms with no operations in the United States. CFIUS would be most likely to do so for deals involving China, as occurred when a Chinese investor tried to buy a Korean semiconductor firm. The Korean firm’s business was entirely outside the United States, but a listing on the New York Stock Exchange appears to have been enough for CFIUS to claim jurisdiction and block the deal. Even if the data suggest that such reviews are not being undertaken at scale, CFIUS should be careful about weaponizing US capital markets lest it erodes their attractiveness for firms with legitimate concerns about placing themselves under US jurisdiction for laws other than securities laws.

Figure 3 puts CFIUS filings by country in context by comparing their share of foreign M&A in the United States in 2016–21 with their share of CFIUS reviews. The ratio between the two provides a “scrutiny index,” in which a higher value means a country’s deals are far more likely to need to file with CFIUS. Unsurprisingly, China faces the most scrutiny, with the largest share of reviews (15 percent), despite being the source of only 4 percent of M&A. China’s scrutiny index is thus 3.7, indicating that its share of reviews was almost four times larger than its share of M&A. Western security allies like France, Germany, Canada, and the United Kingdom average less than 0.5 on the index, meaning that their shares of M&A are more than twice their share of reviews. Japan and South Korea, also security allies, fall between Western allies and China, averaging 1.5 times, possibly indicating that they are investing in more sensitive sectors. The same driver may be behind a similar relationship for Singaporean investors, the second-most scrutinized as a share of investment after China, with an index of 2.6.

Keeping the United States open for investment that provides jobs, economic growth, and foreign expertise while controlling for security risks requires a delicate balancing act. With some caveats, the latest data from CFIUS indicate that the US government and parties to investments have adjusted effectively to CFIUS’s new powers, avoiding a scenario in which CFIUS cases balloon out of control and distract from the cases that deserve the most scrutiny.

1. Investments fall under the new rules if they give a foreign investor governance rights beyond voting their shares or provide access to material nonpublic information on advanced technology. For CFIUS purposes, sensitive data include financial, health, genetic, local, and other types of data that can be traced to an individual, such as hospital records or credit history.

2. Some transactions now have mandatory reporting. They include investments by state-owned enterprises and investments involving “critical technologies” (technologies that would require a government license if exported to the foreign investor). An example would be a Chinese firm investing in semiconductor manufacturing equipment that could not be shipped to China without a license.

4. CFIUS requested that 30 declarations be refiled as full notices; 52 notices were refiled in 2021 to give more time to negotiate with CFIUS over issues like mitigation agreements.

5. CFIUS generally cannot review deals between domestic investors or foreigners making fully passive investments (e.g., investments carrying no control rights or access to nonpublic technical information). It has clarified that it will treat funds that operate in the United States but are registered, as they often are, in tax havens, as domestic for its purposes.

6. Cases here indicate declarations plus notices. Their number may exceed the number of transactions, as it is not possible to strip out double counting to back out transaction totals at the country level.