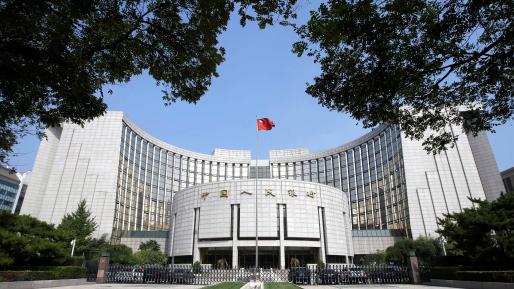 A timeline of central bank responses to the COVID-19 pandemic

The near certainty of a major global recession means that governments must continue to harness both monetary and fiscal policy to soften the blow. Fiscal policy must do the heaviest lifting, but monetary policy can play an important role. The following timeline displays the actions taken by the central banks of the five largest economies: the US Federal Reserve (Fed), the European Central Bank (ECB), the People’s Bank of China (PBOC), the Bank of Japan (BOJ), and the Bank of England (BOE).

Not surprisingly, the PBOC acted first in the wake of the initial outbreak in China. Other central banks began to act in March, with the Fed taking the most aggressive early actions. The ECB and BOE have stepped up their responses in recent days. The BOJ has been less aggressive, in part because Japanese financial markets have shown fewer signs of stress and in part because the BOJ has less scope to ease policy.

In a crisis, ensuring the free flow of credit is essential to prevent sudden stops in lending and a cascade of defaults that would freeze up economic activity. The Fed set up programs in the Great Recession of 2008–09 that kept credit flowing and has proved willing to reestablish those programs quickly.

Reducing interest rates takes time to have an effect, making this action less useful to deal with the immediate drop in spending under way. The Fed and the PBOC can lower interest rates further if needed, especially on longer-term bonds. The BOJ and the ECB have very little scope to do so, with the BOE’s scope between that of the BOJ and the Fed. The ECB can help a lot by reducing the spreads of Italian and Spanish bond yields over German yields. Its recent announcement of a large increase in bond purchases coupled with flexibility in the allocation of purchases across countries suggests an intention to reduce those spreads.

Counter-cyclical capital buffer: An extra amount of capital banks must hold in good times that can be relaxed in emergencies to prevent banks from tightening lending standards.

ETF: Exchange-traded fund. A collection of financial securities that is traded as a single security.

LTRO: Long-term refinancing operation. Tool used by the European Central Bank to lend to banks at terms of three months to three years.

MBS: Mortgage-backed security. A bond that is backed by hundreds of individual mortgage loans.

Repo: Short for repurchase agreement. This is a loan that is collateralized by high-grade securities, typically bonds issued or guaranteed by the government. Technically, the central bank purchases the securities, and the borrower promises to buy them back at a fixed price on a given date.

Required reserves: The fraction of bank deposits that must be held in an account at the central bank. In the United States and other countries that have engaged in large-scale asset purchases, or quantitative easing, banks typically hold a lot more reserves than are required.

Term repo: Repo with a fixed term longer than overnight, often one month or three months.