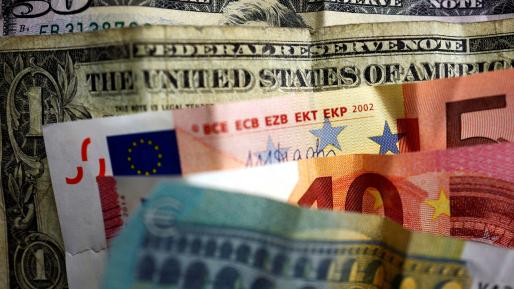 Governments around the world are providing financial support to firms hit by the pandemic shutdowns, with the aim of limiting job losses and preventing closure of fundamentally viable businesses. But the financial instruments they are using for much of this support are likely to leave beneficiary firms overindebted when the pandemic crisis has passed. Governments should, therefore, consider alternatives.

Three types of financial tools are being deployed, roughly corresponding to the size of the firms being assisted: (1) outright purchase of corporate securities, (2) loans and loan guarantees, and (3) grants and various forms of tax relief.

Earlier in April 2020 the US Federal Reserve announced a suite of measures backed by congressionally approved fiscal resources. These actions included financing totaling not far short of 10 percent of GDP for supporting corporate finances, including new or expanded programs for purchasing corporate securities; a Main Street Lending Program for loans totaling $600 billion to firms with up to 10,000 employees or annual revenues of $2.5 billion; and Fed refinancing of the Small Business Administration’s (SBA) Paycheck Protection Program of loans for smaller firms.

Sums available in Europe are not far short of the same figure. The Eurogroup committee of euro area finance ministers has announced a large loan guarantee scheme from the European Investment Bank. Various national schemes have been undertaken along with the corporate bond element of the European Central Bank’s Pandemic Emergency Purchase Program. In the European Union, the European Commission needs to approve state aid to firms to ensure that competition is not being distorted. The Commission has rushed out a temporary framework to govern approvals for the pandemic period and has already approved dozens of national schemes, notably for state-guaranteed loans.

Not all these forms of assistance really avoid socially damaging financial distress of firms in the pandemic. After all, a firm that borrows significant sums to meet revenue shortfalls may well face financial difficulties even if business returns to normal. Can the firm’s directors really say with sufficient confidence that it is a going concern? What will happen when the financial assistance terminates?

Of the three categories of assistance identified earlier, only the third is free of this flaw. The others can only be considered as stopgaps, which threaten to leave a major unresolved problem in their wake.

The use of grants, or grant-like elements, in financial assistance to firms is actually larger than might appear at first sight. The SBA will forgive loans provided through the Paycheck Protection Program if the recipient firm spends at least 75 percent of the funds on payroll costs. The concept of a forgivable loan has not been widely used in business finance: It serves to enforce the intended use of what is essentially a grant.

Some EU countries have also introduced forgivable advances, but the Commission’s approval framework limits such grant-like assistance to just €800,000 per firm. However, member state governments have, in addition, substantial wage payment support programs—some new, some greatly expanded—to lower the cost of maintaining employees on the payroll through the crisis. (All such grant-like schemes have protections built in to ensure that the funds are indeed used for the purposes intended.)

Other loans may not be easily recoverable, though. Governments may be relying on bankers’ credit appraisal to prevent overindebtedness: Schemes on both sides of the Atlantic have intermediary banks retaining a certain portion—as little as 5 percent in the US Main Street Lending Program and typically 10 percent or more in the European Union—of each loan. But such cofinancing requirements also work against ensuring that firms can stay afloat during the health crisis.

How will public authorities deal with what is likely to be a large number of firms whose postpandemic viability is undermined by overindebtedness resulting from the crisis? Will these other loans also end up being forgiven? Or will the firms be pushed into slow and costly bankruptcy procedures from which many will not emerge and which will also see both banks and the government suffering losses?

A prolonged economic stoppage will surely erode the fiscal funds earmarked to cover the risk of nonpayment, requiring further politically unpopular ex post bailout funds (perhaps extended to the cofinancing banks) to avoid widespread bankruptcies. Such bailouts would undoubtedly be seen as enriching the owners of beneficiary firms at a time of overall pressure on public finances.

It would be better to face up to this reality now and financially engineer this assistance in such a way that it can handle the range of eventualities without resulting in socially costly bankruptcies or pressured legislative action. (The pitfalls of debt restructuring in such a context are stressed by Bo Becker, Ulrich Hege, and Pierre Mella-Barral.) For example, loans could come with an option (to be triggered when the pandemic emergency has passed) for the lender to convert to an equity (or other profit-sharing) stake if the firm’s finances are otherwise too weak for it to stay in business. Such an instrument—which has indeed already been used for large firms in specific cases, including the air transportation business—would retain more value for the public authorities than would forgiving the loan, as has been pointed out by Arnoud Boot, Elena Carletti, Hans-Helmut Kotz, Jan Pieter Krahnen, Loriana Pelizzon, and Marti Subrahmanyam. Subordinated to the firm’s existing loans, it would more easily enable the firm to recover its access to private finance. The original owners or others could buy out the equity in due course.

Clearly, for small firms, having a government agency as a large equity investor is not a long-term solution for ensuring good governance of that firm. But it would buy time to prepare an orderly recovery.

This is not a matter of economic efficiency alone. As David Wilcox notes, it is also a significant aspect of a wider question: Who will pay for the economic costs of this crisis, and will it result in greater or lesser concentration of wealth and economic power? Loans and loan guarantees are an important part of the policy toolkit here, though they are not the whole story.