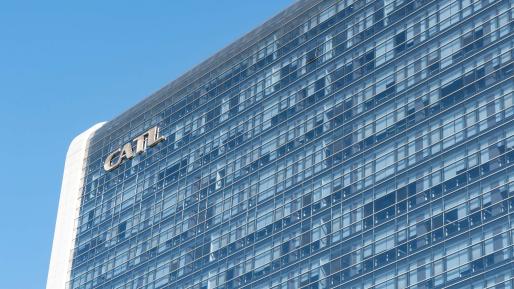 Despite years of calls by some Western governments for reshoring—relocating foreign investments away from China—and widespread commentary that deglobalization is the new trend, China's inbound foreign direct investment (FDI) in 2021 rose by a third to reach $334 billion, a new all-time high. The jump in FDI is documented in the 2021 Balance of Payments report published by the State Administration of Foreign Exchange of China.[1]

Overall, global FDI flows also rebounded in 2021. FDI levels in the first three quarters of 2021 were 43 percent higher than the levels during the same period in 2019, according to the Organization for Economic Cooperation and Development (OECD). Assuming the full-year global direct investment flows in 2021 grew at the same pace as in the first three quarters, China attracted about a fifth of all global direct investment flows in 2021.[2]

The surge reflects several developments. First, at least to date, COVID-19 has been less of a drag on growth in China than in other countries. The Chinese domestic market continues to be a major attraction for many foreign affiliates operating in China. According to a survey of more than 300 American companies operating in China by the American Chamber of Commerce in Shanghai conducted from mid-June to mid-July 2021, 60 percent reported increased investment compared with 2020. Among American manufacturers producing in China, 72 percent had no plans to move production out of China in the next three years and no company relocated their production from China to the United States. The annual China Business Confidence Survey by the European Union Chamber of Commerce in China found similar results. Only 9 percent of nearly 600 European companies operating in China planned on shifting any current or planned investment out of China, the lowest share on record.

In addition, China's export growth continues to far exceed global export growth. The World Trade Organization in October 2021 predicted that global merchandise trade would grow 10.8 percent in 2021, while China's goods exports in 2021 was up by almost 30 percent, meaning China's share in global exports last year may have further increased to more than 17 percent, compared with 10 percent a decade ago. Manufacturing by foreign-owned firms continues to grow rapidly, and port delays and other infrastructure bottlenecks in China are quite modest compared with those in the United States. Foreign affiliates operating in China supplied more than a third of China's $3.3 trillion in goods exported in 2021, according to the General Administration of Customs of China.

A final reason for the surge in foreign investment in China is that China has continued to liberalize its environment for foreign firms. The government has successively cut the so-called negative list restricting foreign investment. As a result, fewer and fewer sectors are off limits to foreign firms. Most noticeably the ability of foreign financial firms to take controlling shares in existing joint ventures or to open new wholly foreign-owned firms has led to a steady increase in inbound investment flows in China's financial sector, from $17.6 billion in 2018 to $23.5 billion in 2021.

1. This broad measure of FDI inflows includes new nonfinancial investment, reinvested profits of existing nonfinancial foreign affiliates, as well as foreign investment and reinvestment in financial institutions in China. This series reported by the State Administration of Foreign Exchange (SAFE) differs from the FDI inflow series reported by the Ministry of Commerce of China (MOFCOM) in that the latter does not include reinvested earnings of existing foreign firms and foreign investment in China's financial sector.

2. Global FDI flows for the full year 2021 are not yet available from the OECD, whose FDI statistics include the same components and thus are comparable with the FDI data reported by SAFE of China.