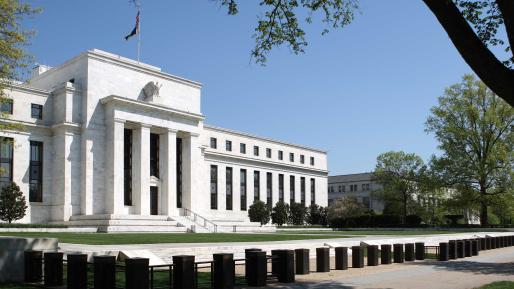 The Fed has better tools than yield curve control

The Federal Reserve leadership is nearing the end of a searching discussion over how best to refashion its policy toolkit for the new, low interest rate world in which it now operates. One pivotal issue officials will have to resolve is how they should harness the power of the Fed’s balance sheet to fight recessions. One possibility that has attracted much attention is that the Fed might adopt a relatively novel technique called yield curve control, or YCC.

In normal times, the Fed controls only the rate on overnight lending between banks. And traditionally it has fought recessions by cutting that rate, to make borrowing cheaper. But with the normal level of interest rates having come down so much, the Fed has too little space to fight recessions in the traditional way. Enter YCC.

Under YCC, the Fed would control rates further out the yield curve by making an ironclad commitment. For example, suppose the Fed believes that, to meet its inflation and employment objectives, it will have to hold the funds rate at zero at least through the end of 2025. The Fed could reinforce its commitment to doing so by announcing that it stands ready to purchase any amount of Treasury securities maturing on or before December 31, 2025, at prices consistent with those securities yielding 0 percent. The promise to purchase any amount of eligible securities is the mechanism that would allow the Fed to control rates further out the yield curve (hence the name). Several members of the Federal Open Market Committee (FOMC) have indicated openness to—even outright support for—the idea.

Done right, YCC might help the Fed clarify and reinforce its policy commitments. However, YCC would also have important disadvantages: It probably would not give the Fed much added leverage over the economy, and it would expose the Fed to some forms of risk it does not need to shoulder. Therefore, the Fed should not adopt it. Instead, the Fed should make a different set of commitments that will be more successful in delivering on its objectives of full employment and steady low inflation.

What risks would YCC pose to the Fed? At the heart of YCC sits the offer from the Fed to purchase a given class of securities (Treasury securities maturing on or before a certain date) at pre-specified prices. There are only two possibilities regarding that offer: One possibility is that the offer is seen (now and for the duration of the offer) as no better than the offers already available in the financial marketplace. The other possibility is that the offer is seen (either now or in the future) by at least some investors as better than the other offers available in the financial marketplace.

If the Fed’s offer is seen as a bad deal, the Fed could look ineffectual, because in that case, no one would present the Fed with any securities to purchase. The policy would have no effect on financial conditions and no effect in strengthening the recovery. On the other hand, if the offer is seen as a good deal by enough investors, the Fed could end up owning an entire segment of the Treasury market.

To be sure, the risk to the Fed associated with YCC would be limited. The Fed could always hold to maturity any securities it purchased, ensuring that it would not book any capital losses. Moreover, the central banks of Japan and Australia have adopted versions of YCC and have not had to purchase massive amounts of securities.

Nonetheless, the Fed would probably prefer to avoid the appearance issues associated with becoming the sole owner of all Treasury securities with less than a given time to maturity. The Fed might try to reduce that appearance risk by making a more conservative commitment—say, by offering to purchase only securities maturing before the end of 2024. But in that case, investors would be left wondering: “Does the Fed stand by its commitment to hold the funds rate at zero through 2025, or has it gone squishy on that commitment?” In other words, YCC could end up muddying rather than clarifying the Fed’s communication.

The Fed does not need to shoulder these risks, and—despite the support expressed earlier from several members—the FOMC minutes released on July 1 suggest the Committee is shying away from doing so. There is a better way for the Fed to use its balance-sheet capacity. Namely, whenever the Fed runs out of room to fight recessions by cutting the overnight rate further, it should commit to holding the overnight rate at zero at least until inflation is as high as the Fed’s 2 percent target and the labor market has returned to full employment. It should also commit to purchasing longer-term securities until a similar set of thresholds has been met.

This approach would give the Fed a clear way to communicate some ironclad commitments that it could stand by. Unlike YCC, this approach would tie the ultimate size of the Fed’s balance sheet to the severity of the economic situation: The longer it takes to achieve the dual-mandate benchmarks, the more asset purchasing the Fed will do. In the end, this approach is the more effective way to make the best of the difficult spot the Fed and other central banks find themselves in right now.