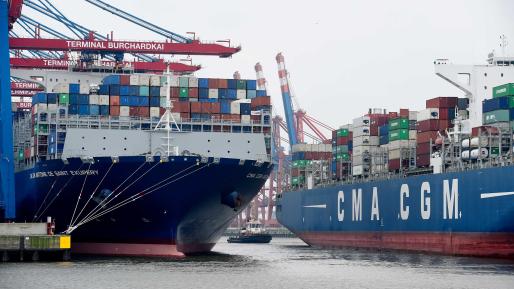 The EU should use its trade power strategically

The European Union's internal debate has involved a lot of navel-gazing lately. Feeling squeezed between the United States and China, yet not fully equipped to take a leading role in the neighborhood, European leaders are pondering the challenge of becoming more autonomous and more geopolitical.

While thinking about how to become a stronger foreign policy player, Europe should use the leverage that it already has—trade.

But such agreements also create conditions for deeper cooperation and alliances while allowing Europe to project its values and standards, strengthening what has been called the Brussels effect. For example, EU trade agreements include a chapter upholding international conventions on environment, labor rights, and human rights.

That said, the European Union does not fully utilize its vast network of trade agreements. Europe seeks reform of the World Trade Organization (WTO) with like-minded countries within the so-called Ottawa group, but there is room to do more to create stable alliances to shape global trading rules. Europe should develop and deepen existing agreements and sign and ratify those ready to be completed with Mexico and Chile, both of which have close cultural and historical ties with Europe. Chile also supplies lithium and cobalt, which would help the European Union diversify the source of materials needed in electric cars, reducing dependence on China. Negotiations with Australia and New Zealand have lost momentum during the COVID-19 crisis and should be sped up.

Half-done agreements with Indonesia and Malaysia should also be finalized, and the European Union must conclude an investment agreement with Taiwan announced back in 2015. Impact assessments and preparations have already been completed, so not moving ahead would only show weakness.

The European Union should also seek to enter the Comprehensive and Progressive Agreement for Trans-Pacific Partnership (CPTPP) and convince the United States to do the same. The European Union already has agreements with most members of the CPTPP, but an FTA would signal the European Union's readiness to strengthen global trading rules with its partners.

At her first press conference, Ursula von der Leyen, president of the European Commission, said she wanted to lead a "geopolitical commission." Her comments underscored the European Union's debate over how to confront increased global tensions and its own foreign policy limits. The new German government also states that the European Union needs a common foreign minister and that decisions in this area should be taken by qualified majority. At present, decisions are taken by consensus among 27 member states, which makes it hard to reach strong joint positions on strategic matters, sanctions, and human right violations. This handicap also makes it difficult to agree on a common strategy toward China. But decisions on trade are taken by qualified majority of EU members, and the negotiations are led by the Commission, giving it a strong voice in that area.

When former US president Donald Trump declared that trade wars were good and easy to win, for example, Europe's disagreement was clear. In the face of his contention trade agreements that could only be win-lose arrangements, the European Union concluded trade negotiations with Canada, Japan, Singapore, Vietnam, Mexico, and the four countries of the South American customs union Mercosur (Argentina, Brazil, Paraguay, and Uruguay). A handful of smaller regional agreements were also signed between Europe and countries in Africa and Central America. Ambitious free trade agreements were also forged with eastern neighbors Ukraine, Georgia, and Moldova, promoting European values and standards while countering Russian influence near its borders.

One would think—with the United States and China still at odds over trade, even under President Joseph R. Biden Jr., and with the WTO remaining in crisis—that the European Union would use its influence to lead. But no. Protectionism is also growing in Europe. The agreements with Mexico and Chile are ready to ratify but are blocked by individual member countries. The Mercosur agreement will have to be slightly amended in the section regarding forestry and environment protections, as several countries distrust the policies of the Brazilian president.

Another roadblock has arisen over the Comprehensive Agreement on Investment (CAI) signed between China and the European Union last January after seven years of negotiations. The agreement focuses on aligning rules and regulations, and China does commit to increased disciplines on state-owned companies and transparency. But before it could take effect, the CAI was suspended by the European Parliament after China imposed sanctions on several European citizens, including members of Parliament and independent researchers. China's action was provoked by US, EU, Canadian, and UK sanctions on four Chinese individuals involved in atrocities against the Uyghur minority in the Xinjiang Region. The CAI is not likely to be back on the agenda soon. The European Union and China must still work together on climate issues and reform of the WTO, while making common cause with the United States on human and labor right issues, including forced labor in that province.

A free trade agreement between the United States and the European Union is not realistic for the time being, despite the billions in goods and services that flow across the Atlantic every minute. But incremental progress is possible, in areas such as standards, artificial intelligence, and semiconductors, as outlined in the new Trade and Technology Council, which held its first meeting in 2021.

In a troubling trade development, however, the European Union has lately sought to "strengthen its autonomy" with the use of trade defense instruments, such as retaliatory tariffs, and the establishment of a trade enforcement officer.

Just before Christmas, the European Commission proposed an anti-coercion instrument that would provide a tool for retaliation against countries such as China and Russia over their crackdowns on dissent. This proposal could potentially serve as a powerful instrument to deter such behavior as China's economic punishment of companies or countries that have spoken out against human rights violations. Adopting this proposal would increase the autonomy and strength of the European Union. On the other hand, the proposed tool should embody criteria that are transparent and non-discriminatory. A separate proposal for an export ban on products made in an environmentally unsustainable way could easily become an excuse for discriminating against trading partners.

The Europeans need to employ trade defense instruments while still promoting open trade, as trade is essential to the recovery after the COVID-19 crisis. Autonomy can easily backfire, decreasing Europe's goal of shared prosperity.

The European Union is right to think about strengthening its foreign policy influence by changing the decision-making process towards more majority decisions. The West faces urgent challenges, including Russia's threatened invasion of Ukraine. All the more reason why Europe should focus on the impact it has—trade. Not using that strength is making Europe less autonomous and geopolitically weaker. 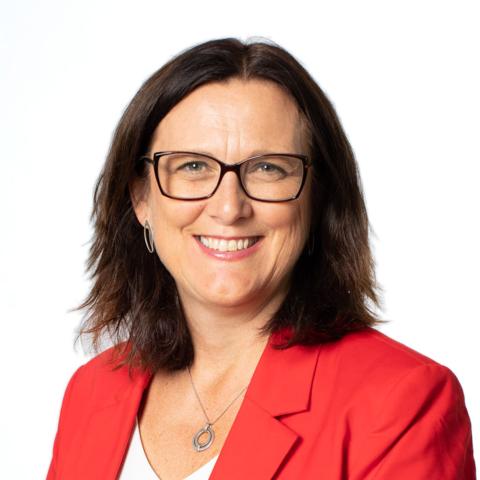 As Other Nations Prosper, So Will United States

The EU should expand trade with the Indo-Pacific region

The Brexit agreement: An economic guide for the perplexed